2022 is coming to an end and during the last 12 months, the crypto economy has lost roughly $1.486 trillion in value against the U.S. dollar. On Dec. 20, 2021, bitcoin was trading for $46,406 and it has lost more than 63% in value year-to-date, while the second leading crypto asset ethereum shed 69% against the greenback over the last year. 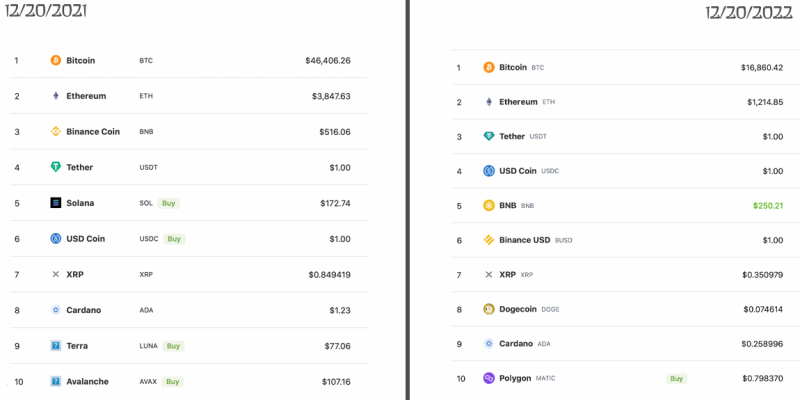 Top ten crypto coins last year compared to the top ten this year. $1.486 trillion has been erased from the crypto economy during the last 12 months.

Today, the global trade volume has been sliced in half, as there’s been roughly $48 billion in swaps recorded on Dec. 20, 2022. Last year at this time, the top ten crypto market cap looked a whole lot different. 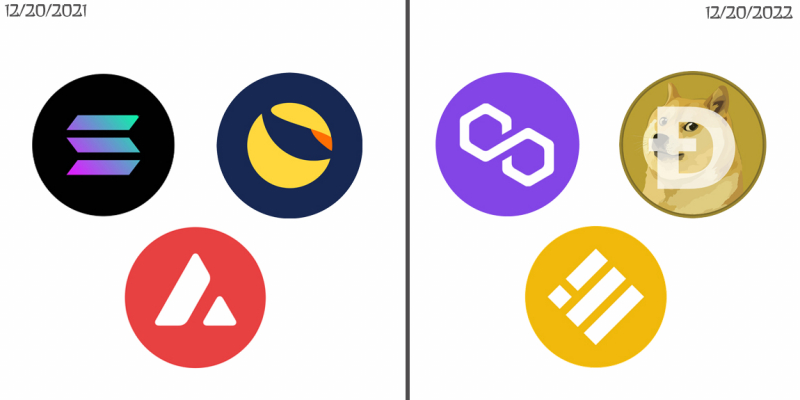 Top ten stablecoin assets back then were USDT and USDC, and in June 2022, BUSD managed to enter the top ten positions. New entries into the top ten at this time include dogecoin (DOGE) and polygon (MATIC). 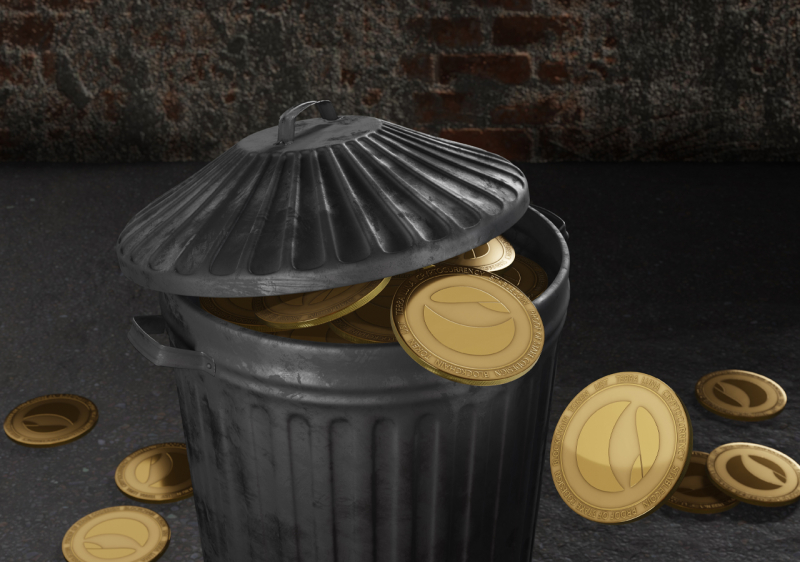 Terra’s LUNA, which is now called luna classic (LUNC), suffered the most after it was once a top ten token last year. On Dec. 20, 2021, LUNC exchanged hands for $77 per unit and today it’s worth $0.00013 per unit. Terra’s LUNC suffered after the blockchain’s algorithmic stablecoin terrausd (UST), now called terraclassicusd (USTC), depegged from the U.S. dollar on May 9, 2022. On May 11, 2022, LUNC was trading for just above $1 per unit and two days later it was trading for less than a U.S. penny per unit.

365 days ago, BUSD’s market cap was $14.54 billion and it stands at $18.06 billion today. Besides LUNA, two coins that were once top ten contenders — solana (SOL) and avalanche (AVAX) — have suffered considerable losses during the last 12 months.

Year-to-date, SOL has shed 93.2% against the greenback and AVAX has lost 89% this past year. SOL has notched down from the fifth largest market cap to the current 18th position. AVAX was holding the number ten spot last year and currently, AVAX is coasting along in the 20th spot.

While dogecoin (DOGE) is a top ten contender today, it had a much larger market cap when it was not included in the top ten standings. Dogecoin’s market valuation has slipped from $21.78 billion to today’s $10.22 billion.

Polygon too, which is now a top ten coin, used to have a $14.7 billion market cap on Dec. 20, 2021, but today the market valuation is down to $7.16 billion. The only anomaly of the small handful of cryptos that got added to the top ten and managed to increase its market valuation was the stablecoin BUSD.