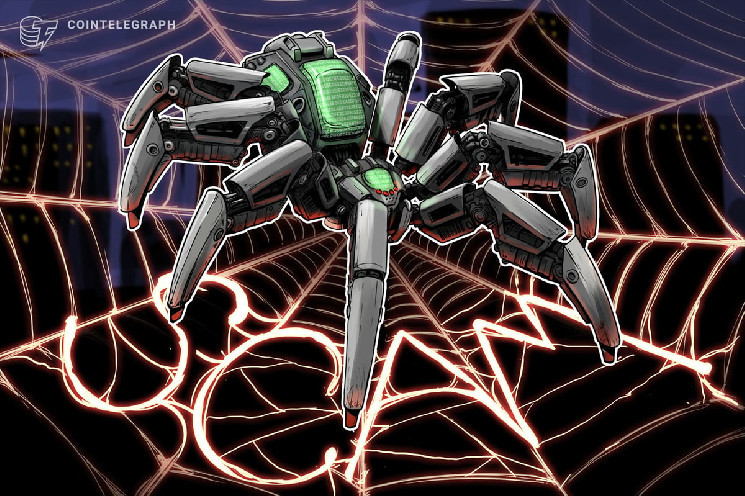 More than 350 fraudulent cryptocurrency tokens were created per day this year, defrauding millions of investors, according to blockchain risk monitoring firm Solidus Labs.

It marks the largest year on record for fraudulent tokens since the firm began monitoring in Sep. 2020.

The report cited the BNB Chain as harboring the greatest number of scam tokens, claiming 12% of all BEP-20 tokens are scams.

The Ethereum network was second with a purported 8% of ERC-20 tokens alleged to be fraudulent. 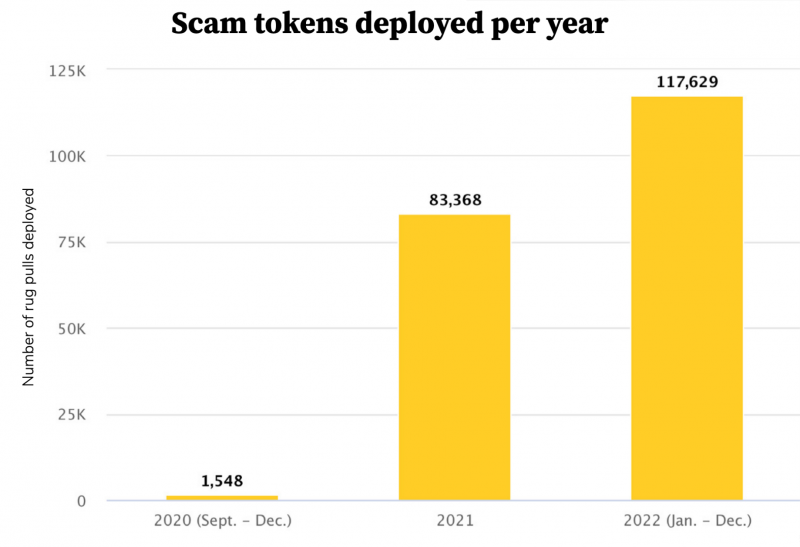 A rug pull is a type of crypto exit scam where an individual or team creates a token and pumps up its price before extracting all the value from the project, abandoning it as the token price plummets to zero.

Almost 2 million investors have lost money to these scams since Sep. 2020, a greater amount than the estimated 1.8 million combined creditors affected by the bankruptcies of crypto exchanges and lending platforms FTX, Celsius, and Voyager. 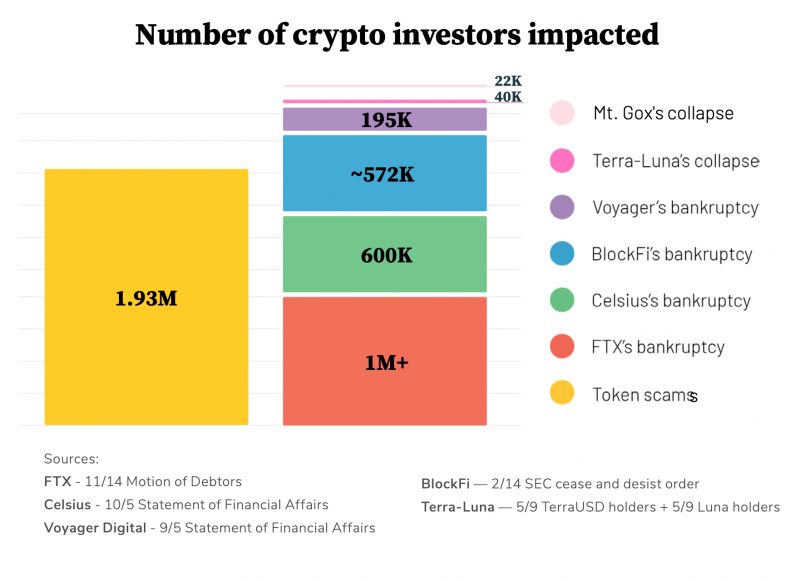 The most popular type of scam token was a “honeypot”, which is a token smart contract that doesn’t allow buyers to resell.

Solidus said the most prolific “honeypot” successfully executed in 2022 was the $3.3 million Squid Game (SQUID) token scam which grew 45,000% in a few days as investors bought the hype but were unable to sell, ending with the anonymous founders apparently running off with investor funds.

Centralized exchanges (CEXs) are also affected by rug pulls as many behind these malicious tokens use them to fund their fraudulent project and cash out the ill-gotten gains.

Solidus claims around $11 billion worth of Ether (ETH) pilfered from scam tokens flowed through 153 CEXs since Sep. 2020 with the majority of the exchanges being overseen by United States regulators.

Nearly $4 billion dollars flowed to U.S. CEXs in the analyzed time frame which was nearly double that of the second most exposed CEX jurisdiction: The Bahamas.