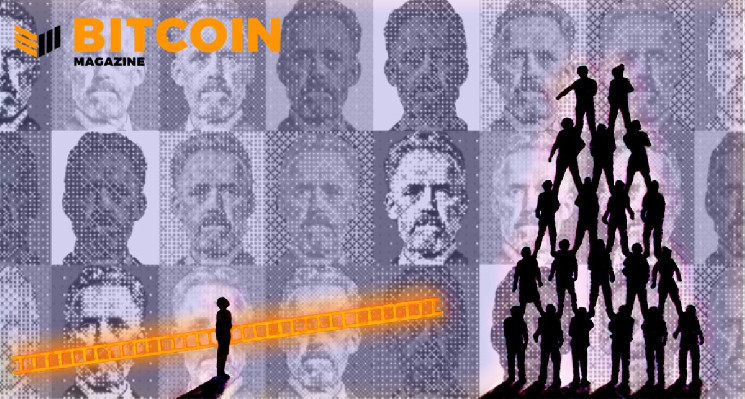 A group of 700 Bitcoiners came together in Miami on the last evening of Bitcoin 2022 for a special “spiritual” gathering and to hear Dr. Jordan Peterson, the internationally-acclaimed psychologist and author of the bestselling “12 Rules for Life” talk about bitcoin and spirituality.

Peterson is a favorite in the Bitcoin community and was “one of the most anticipated keynote speakers at Bitcoin 2022,” according to one review.

“Much of the Bitcoin community already has an ideological intersection with Peterson,” noted another.

John Vallis, in attendance and welcoming guests (like one of the priests of old) told the gathering, “I’ve been a huge fan of Jordan Peterson for a long time.”

“He’s been instrumental in helping me grapple with the deeper elements of bitcoin and value and meaning and how that’s all wrapped up together,” he added.

Robert Breedlove, well-known Bitcoiner and podcaster talked about Peterson’s effect on him, particularly his first book “Maps of Meaning,” saying it was “very impactful on my thinking.”

“Your work has been transformative in adding value to millions of people’s lives,” he told Peterson.

Sometimes Even A Movement Needs A Psychologist

It couldn’t be a better time to be consulting with a psychologist. Price volatility can be stressful despite the fact that the big picture for Bitcoin is positive. Two countries — El Salvador and the Central African Republic have been onboarded to Bitcoin and it looks like several more are on the way.

In his introduction, John Vallis talked about the “craziness” of “clown world” today and how for many, depression, anxiety and hopelessness are a part of modern fiat living.

The psychological health of Bitcoiners was the subject of a recent New York Post article that published a survey that “proved” Bitcoiners are more likely to be “psychopaths.”

The average bitcoin investor is a “calculating psychopath with an inflated ego,” and bitcoin investors commonly exhibit ‘dark’ personality traits such as narcissism and sadism,” said the article.

On balance, this New York Post piece likely improved peoples’ mental health as it was the cause of great fun and humor for Bitcoiners on Twitter who proceeded to identify as psychopaths and dark tetrads.

Peterson has been cautious in his support of bitcoin but at this event he was clear about the issue of mental health and bitcoin saying that bitcoin was psychologically healthier than living with fiat. Calling it an “incorruptible store of value” he credited bitcoin with its “transformative effect on people.”

Peterson called Bitcoin “a worthy experiment” and said “it doesn’t seem to have any self-evident psychological or logical flaws.”

One of the healthier aspects of bitcoin he noted was the relative certainty of value into the future while fiat is subject to inflation and thus uncertainty which is psychologically stressful.

Bitcoin Is Freedom Of Value And Speech

The issue of freedom is a bottom line for Peterson — without freedom, especially freedom of speech, psychological well-being is not possible.

He talked about the importance of freedom and a free market as an important element of psychological well being.

“One of the things that made me interested in bitcoin is no interference from the state,” said Peterson.

This young bitcoin analyst demonstrates that he understands the importance of freedom from government control:

Peterson reiterated how free choice of value in a marketplace is essential for a foundation of psychological well-being that a society can build upon.

Building on his conference chat he reiterated his support for the views of Austrian Economists, who believe that monetary integrity and moral integrity are inextricably linked.

The cult-like nature of this special gathering which ended with a discussion of Christ, struck at least one observer as reminiscent of the gatherings of early Christians.

“There is a larger contingent of Christians within Bitcoin than I realised,” noted one reviewer.

“Beyond that there is a general sense of the underlying spirituality behind a movement that truly restores economic sovereignty to anybody who wants it, with effectively zero barriers to entry,” he added.