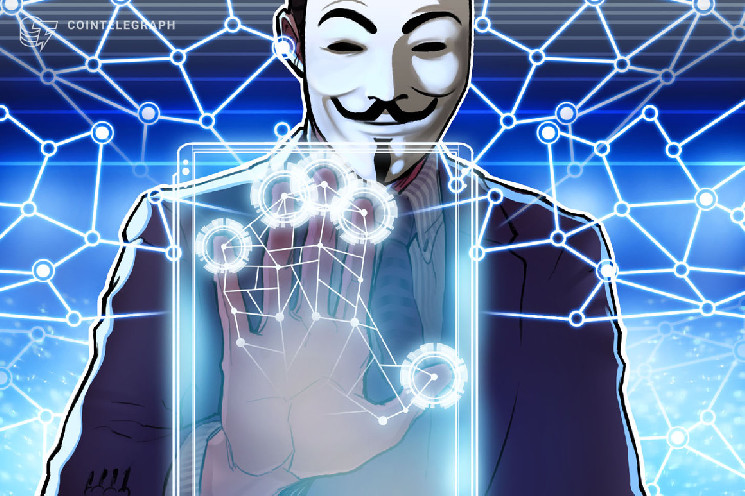 Hacktivist group Anonymous has pledged to “make sure” Terra co-founder Do Kwon is “brought to justice as soon as possible” in regards to the collapse of the Terra (LUNA) and TerraUSD (UST) ecosystems in May.

On Sunday, a video purportedly coming from the Anonymous hacker group aired out a laundry list of Kwon’s alleged wrongdoings, including cashing out $80 million each month from Luna and TerraUSD prior to its collapse as well as his role in the fall of stable coin Basis Cash, for which Do Kwon allegedly co-created under the pseudonym “Rick Sanchez” in late 2020.

“Do Kwon, if you are listening, sadly, there is nothing that can be done to reverse the damage that you have done. At this point, the only thing that we can do is hold you accountable and make sure that you are brought to justice as soon as possible.”

The hacker group said it would be looking into Do Kwon’s actions since he entered the crypto space to expose his alleged crimes.

“Anonymous is looking into Do Kwon’s entire history since he entered the crypto space to see what we can learn and bring to light,” the group stated.

“There is no doubt that there are many more crimes to be discovered in your trail of destruction.”

The hacker group also criticized Kwon for his “arrogant tactics” in trolling competitors and critics and “acting like he would never fail.”

Originating in 2003 on 4chan, Anonymous is a decentralized international activist collective known for orchestrating cyber attacks against government institutions, agencies, private corporations, and even the Church of Scientology.

In June 2021, the same YouTube channel took aim at Tesla CEO Elon Musk for “destroying lives” by using his clout and influence on Twitter to play with the crypto markets. The video has around 3.4 million views as of today.

It is worth noting that there are multiple YouTube channels that either claim to be affiliated with the hacker group Anonymous. However, there is a general consensus that there is no official YouTube channel for the group, given its inherent decentralized and anonymous nature.

Mixed reactions from the community

Commenters of the YouTube video and the community on Twitter appeared to be broadly supportive of the hacker group’s pledge to go after Kwon, with one commenter calling Anonymous the “Robinhood of today.”

However, the video message garnered more skepticism on the r/CryptoCurrency subreddit, with users criticizing the hacker group for issuing an empty threat against Kwon and providing no new information to the public, with one commenter saying:

“Anonymous is so teen bop now […] This anon video is so non-threatening it’s almost bizarre.”

While another said, “would expect them to have uncovered something but its nothing more than, well nothing.”

It appears that, for now, Kwon will likely have bigger, more tangible threats to worry about.

Terraform Labs, for which Do Kwon is the co-founder, is currently under multiple investigations from the South Korean authorities, including the alleged embezzlement of Bitcoin (BTC) from the company’s treasury.

In May, a famous financial crimes investigation unit dubbed the “Grim Reapers of Yeouido” was revived by South Korea to investigate the collapse of Terra. The team consists of various regulators and will focus on prosecuting fraud and illegal trading schemes.