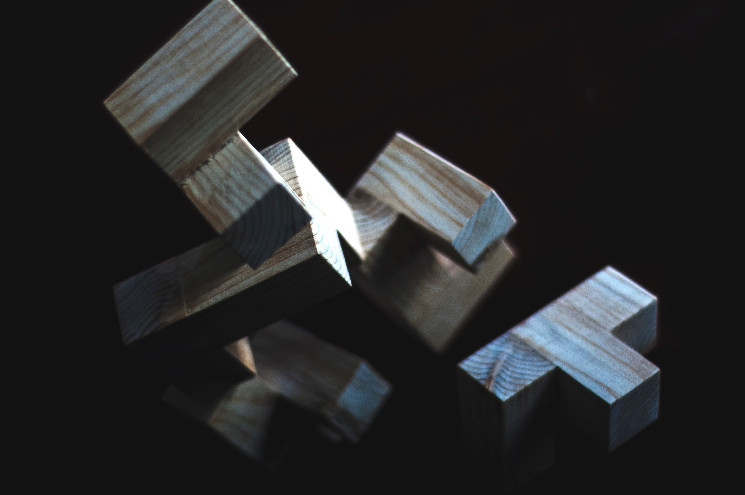 Post-Merge Ethereum will trigger a paradigm shift that’s much more far-reaching than a mere switch from proof-of-work to proof-of-stake. Adopting a modular approach at the infrastructure level may usher in a new breed of stakeholder: the block builder.

Under proof-of-work, Ethereum has two major stakeholders on the transaction side: users and miners. There are, of course, several other key groups such as core developers, exchanges and wallets, but without users and miners, there would be no network.

Users pay gas fees to have their transactions processed by miners who collect those transactions from the Ethereum mempool, which is a database of unconfirmed transactions, and place them into blocks in a specific order. Miners typically operate in groups called mining pools. The idea is to pool resources in order to generate a consistent level of revenue for each miner and to benefit from the experience, expertise and software infrastructure of the mining pool operator.

Mining pool operators are very powerful players in the Ethereum network, because of their ability to determine transaction order and therefore extract “maximal extractable value” (MEV) for all blocks processed by their pool.

MEV involves optimizing the mining process to maximize revenue. This is typically achieved by determining which transactions to include and in what order. Ideally, the most profitable configuration of transactions with the highest level of fees is chosen.

Read more: The Problem With MEV on Ethereum

According to CryptoCompare, only five mining pools controlled 65.4% of mining activity on the Ethereum network last November. That raises serious concerns about centralization deep in Ethereum’s infrastructure. Case in point: Ethermine alone controlled 25% of all mining during that month.

The post-Merge changing of the guard

As Ethereum switches from proof-of-work to proof-of-stake, miners will disappear and validators will replace them. There will be a key difference, however. Instead of combining the process of creating and validating blocks, Ethereum’s post-Merge proof-of-stake system will adopt a modular approach.

Modularity is when individual components of a system independently execute specific tasks. The concept has been around in computer science since the 1960s. We saw the emphasis on modularity when Eth1 and Eth2 were renamed. Ethereum’s original proof-of-work chain became Eth1, the “execution layer” where Ethereum’s applications reside, while the Beacon Chain became Eth2, the “consensus layer” where nodes will agree on the state of the network.

This modular approach will eventually carry over into the processing of transactions in the form of proposer-builder separation (PBS). In its most basic sense, PBS simply involves splitting block building and block validation into two distinct activities. The result is a new stakeholder group called the block builder.

In a recent episode of the “Bankless” podcast, Matt Cutler, co-founder and CEO of Blocknative, provided an overview of block builders and how he sees them cooperating with other key stakeholders in the Ethereum ecosystem.

Cutler describes how MEV searchers and miners currently interact. Searchers typically use sophisticated bots that seek to maximize MEV in a variety of ways. Some of those ways like arbitrage are benign, while other ways like front-running are perceived as malicious. In either case, the searcher sequences transactions, produces a revenue-optimized transaction bundle and then offers that bundle to a miner or validator for inclusion in a block in exchange for a cut of the profits.

In a post-Merge proof-of-stake system, block builders will enter the scene. Instead of searchers offering transactions directly to validators (also called proposers), they will send optimized transaction bundles to block builders. A third-party system called mev-boost will then aggregate optimized blocks from a variety of builders and offer them to validators. Finally, validators will select and propose the most profitable blocks to the Ethereum network.

Flashbots, the creators of mev-boost, explain that MEV centralization occurs when mining and staking pools vertically integrate with trading firms to increase MEV profit. The Flashbots website claims mev-boost was created to prevent post-Merge MEV centralization and to cultivate a diverse network of block builders.

According to Cutler, the Ethereum community is so bullish on mev-boost that developers plan to incorporate the concept of PBS into Ethereum’s core protocol a year or two after the transition to proof-of-stake. In the meantime, if all goes according to plan, mev-boost will be available immediately after the Merge.

The following is an overview of network activity on the Ethereum Beacon Chain over the past week. For more information about the metrics featured in this section, check out our 101 explainer on Eth 2.0 metrics.

Disclaimer: All profits made from CoinDesk’s Eth 2.0 staking venture will be donated to a charity of the company’s choosing once transfers are enabled on the network.

The U.K. government is seeking comments on the taxation of decentralized finance (DeFi).

WHY IT MATTERS: The government is seeking comments on taxing crypto-asset loans and staking from investors, professionals and firms engaged in DeFi activities. It said that it “is interested in ascertaining whether administrative burdens and costs could be reduced for taxpayers engaging in this activity, and whether the tax treatment can be better aligned with the underlying economics of the transactions involved.” The call for public comments starts July 5 and ends Aug. 31. Read more here.

WHY IT MATTERS: The on-chain analytics platform has added Solana NFTs (non-fungible tokens) to its data toolkit. The data, which includes trade volumes, wallet analysis and minting dashboards, is sourced from Magic Eden and OpenSea, the network’s most popular marketplaces that host more than 95% of all Solana NFT transactions. Read more here.

WHY IT MATTERS: Last weekend, Argentines purchased between two and three times as many stablecoins as they do on a typical weekend. Major crypto exchanges said consumers in Argentina are looking to hedge against a potential devaluation of the Argentine peso, whose buying power has dropped considerably over the past year as inflation skyrockets. Read more here.

Members of the European Parliament say NFT platforms should be subject to money-laundering regulation.

WHY IT MATTERS: On June 30, The European Commission agreed on new laws known as the Markets in Crypto Assets (MiCA) regulations that would license crypto companies and impose identity checks on transactions. An amendment to those anti-money-laundering laws was proposed that seeks to make NFT platforms “obliged entities” under the European Union’s law. That would mean that NFT marketplaces like OpenSea might have to assess the risk of illicit finance flowing through their systems. Read more here.

WHY IT MATTERS: “This was a tremendously difficult decision, but we believe it is the right one given current market conditions,” said Stephen Ehrlich, CEO of crypto broker Voyager Digital, on July 1. “This decision gives us additional time to continue exploring strategic alternatives with various interested parties while preserving the value of the Voyager platform we have built together.” The decision comes after Voyager’s recent disclosure that it had significant exposure to Three Arrows Capital, a crypto hedge fund that is now liquidating. Read more here.