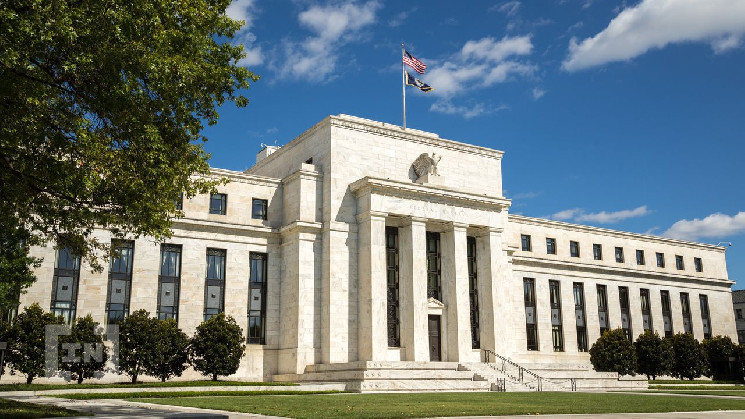 Founder of Ark Investment Management and crypto evangelist Cathie Wood has been airing her views on the Federal Reserve interest rate adjustments over the weekend.

In a series of tweets over the weekend, Cathie Wood said that the U.S. central bank was “playing with fire” with its planned rate adjustments.

Last month, the Fed tweaked the interest rate by increasing it marginally from 0.25% to 0.5%. In the grand scheme of things, this doesn’t make much of a difference to most consumers who are still suffering from epic inflation of almost 8%.

The two-year bond yield rose above that of the 30-year for the first time since 2007 following a strong jobs report on April 1. The pro-crypto portfolio manager offered her take on why raising interest rates is a “big mistake.”

In reference to this ‘flippening’ of yield curves, she wrote:

“The 10-year to 3 month yield curve is steep because the Fed is telegraphing aggressive interest rate hikes in the face of inflation that has been stoked by supply shocks. Inflation is a highly aggressive tax that is killing purchasing power and consumer sentiment.”

She added that consumer sentiment in America is currently lower than it was in the depths of the pandemic. It has gone back to levels that followed the financial crisis of 2008 and is not far from its all-time lows in the 1980s when inflation and interest rates were in double digits, she continued.

“The economy succumbed to recession in each of those periods. Europe and China also are in difficult straits. The Fed seems to be playing with fire.”

The Federal Reserve is pretty much out of options and needs to bring interest rates back up, however a recession does look inevitable at this point.

Goldbug Peter Schiff responded by saying that the Fed has waited too long to raise rates, adding “Yes we are headed to recession, but the Fed should raise rates anyway as inflation will get worse!”

The firm’s flagship product, ARK Innovation ETF (ARKK) which invests in top tech and fintech firms, has fallen 30% since the beginning of 2022.

In times of economic hardship and high inflation, savvy investors often look towards store of value or ‘safe haven’ assets. Gold is the most popular asset of this type in the world and it has gained 5% since the beginning of the year. Gold prices are currently trading at $1,917/oz which is 12.3% higher than they were at the same time last year.

Bitcoin prices have also been boosted over the past week or so. BTC has gained 17.8% over the past month and the asset was trading at $46,146 at the time of press. This is pretty close to where it was at the beginning of this year.