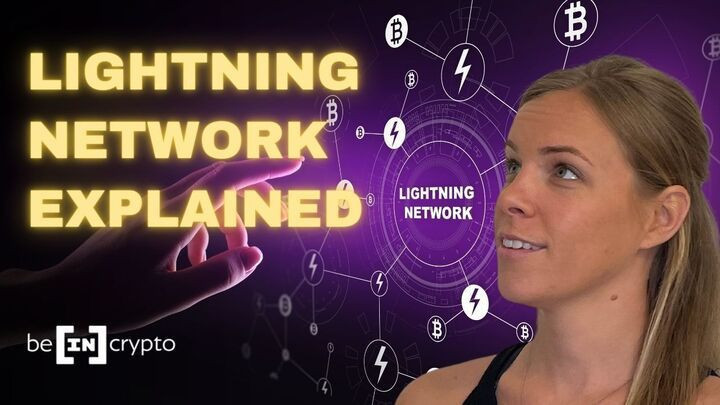 While Bitcoin usage has increased dramatically, this has come with a subsequent uptick in transaction times and fees. At a lackluster seven transactions per second, Bitcoin’s network is effectively inefficient for making payments.

This is because all Bitcoin transactions must be broadcast to every single node within the network. Once broadcasted, the transactions still need to reach their final settlement on the Bitcoin blockchain.

With the blockchain creating new blocks about every 10 minutes and the blocks limited in size, this process is rather time-consuming. Also, with the limited number of transactions that can be settled per block, the fees are prone to rising substantially, with participants jostling for priority.

Its inventors used the concept of payment channels to help combat the scalability issues surrounding Bitcoin, optimizing the speed of on-chain bitcoin transactions, as well as the cost per transaction.

If second-layer protocols are unfamiliar, here is an analogy. Consider gold as a first-layer form of money. Despite possessing several valuable qualities, such as scarcity, durability, and fungibility, its weight precludes its portability. In the past, a solution was to use paper receipts, which effectively represented a certain amount of gold kept in safe custody.

People trusted they could take this paper to the bank and exchange it for gold. Eventually, these paper receipts evolved into currencies, such as the U.S. dollar. The convenience of the paper bills made transactions much easier, and they could occur much more frequently.

One could think of paper currency as a second layer on top of the first layer of the gold standard. Bitcoin and the Lightning Network function in much the same way as gold and paper currency.

In the case of Bitcoin, a choice was made to optimize for security and decentralization, with transaction speed being sacrificed. This ultimately led to a highly variable transaction fee as well, depending on the demands on the network. These two points make it difficult for Bitcoin payments to be made on-chain, especially in smaller every day increments.

The Lightning Network effectively relieves Bitcoin of these payment duties and is instead optimized for high speed and low cost, eventually finalizing transactions using Bitcoin on the main chain.

The Lightning Network works by setting up a channel for payments between two separate parties, called a funding transaction. Both parties fund the channel with on-chain bitcoin, creating an on-chain arrangement between the two. These funds are the maximum channel capacity, you cannot spend more than the total of these funds combined.

An equivalent process would be opening a tab at a bar. Instead of paying for each drink individually throughout the night, which takes more time, and costs the establishment more money in transaction fees, an initial tab, or payment channel is opened and updated after each drink is ordered. The tab is then settled at the end of the night with a single transaction. Closing a bar tab is similar to closing a payment channel in the Lightning Network.

The Lightning Network’s speed also enables micropayments, where payments can be made incrementally based on periods of time. Service providers could now charge by the minute rather than through monthly subscriptions, or employers could pay almost instantaneously for work performed rather than through weekly paychecks.

There are many wallets out there, with both custodial and noncustodial options, that facilitate Lightning Network payments. Some of the best are Strike, Bluewallet, Cash App, and Muun.

One important thing to note is that Lightning QR codes are somewhat different from on-chain Bitcoin QR codes. Some new wallets enable switching between on-chain Bitcoin and Lightning Network Bitcoin, but erroneous transactions are often due to being sent to the wrong kind of address.