After witnessing dips for the last few days, the market has taken a turn. The new additions have been quite gratifying because they expanded the market capital. As the new changes occur, they have taken currencies like bitcoin and Ethereum back to strong positions. The new change is the increase in the hash rate for bitcoin as it has gained further.

The market has continued in an uncertain situation in India because of the news regarding crypto legislation and statements from officials. A new addition to this row is a statement from an official who has called for a crypto ban. Though it might not be given the value and crypto will be gained, it has certain impacts. It tells of the officials opposing the recognition of crypto and other modernist technologies. The wait for the Indian crypto bill is not yet over as it is soon to be prepared and presented in the parliament.

Cardano has announced that it will double the reward for those who point out its vulnerabilities. It is a step to protect its blockchain system from hackers and possible attempts to steal its data. The mentioned step will ensure that their blockchain is sturdy enough to stand possible hacking attempts.

Here is a brief overview of the market updates and currencies like Bitcoin and others.

Bitcoin has successfully retained its value for the past few days in the bearish market. It might have been below $40K again if it hadn’t stayed sturdy. Fortunately, it gained 4.10% in the past 24 hours while the losses for the previous seven days amount to 1.23%. 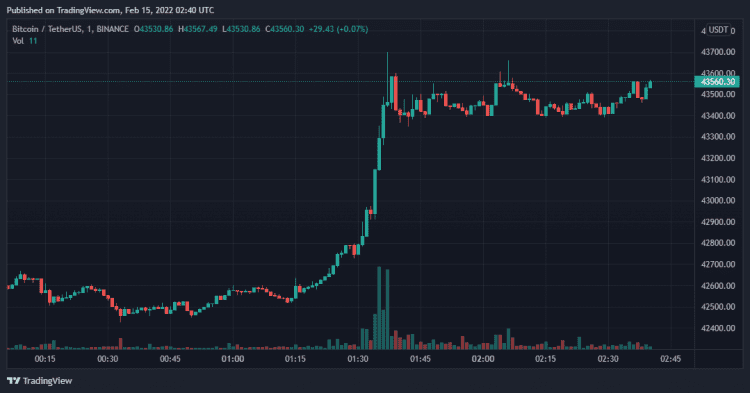 As the result of new gains, bitcoin has seen a rise in its hash rate. It shows that new investors are flocking to invest in bitcoin, which is a good sign for the market because of bitcoin’s market dominance. Though there are new additions to bitcoin, a report says that the number of inactive Bitcoin wallets from Russia has increased. The study spans about 18 months and has revealed this news. If the mentioned wallets are levied after the promulgation of Russian crypto law, it will bring huge revenue.

Binance Coin has gained 5.20% over the past 24 hours, while its weekly losses are about 4.94%. It has recovered at a faster pace than expected. The new gains have taken its price to the $412.77 range, which shows the pace of its bullishness.

The current market cap for Binance coin is about $68,141,912,097. At the same time, the 24-hour trading volume is estimated to be 1,350,385,484. Binance coin is currently eyeing to cross $450 if the rally continues. At the same time, another significant target for it is regaining its previous position. It had been replaced by Tether and had assumed 3rd rank in the list.

Dogecoin has begun to make up for its losses as it gains 1.75% in 24 hours. The losses for the previous seven days amount to 9.39%, which might take time in recovery. Since it is in a bullish mood, it might enhance its price further.

NEAR attempts at recovery in a single go

Near Protocol has begun to make up for its losses as it has gained 6.46% in the previous 24 hours. Comparably, its losses for the past seven days are about 20.25%. The current price for it is in the $10.84 range.

The market has witnessed significant growth during the past 24 hours. The recent gains have taken its market cap value to $1.94T. As the new gains continue, it will attempt to cross $2.0T, which is not that difficult. During this surge, the new additions to the market are mainly from bitcoin, which has added a significant value in a single go. While it seems to be targeting $45K, its achievement will bring the market a new value.

Solana Price Caught In Consolidation, Unable To Break Past The $40 Level

TA: Bitcoin Price Could Rally If There Is A Close Above This Key Resistance

Cardano: Someone Is Buying It Up, and Reason Remains Unknown

Bitcoin and Ethereum Look Set to Break Out

Solana Price Caught In Consolidation, Unable To Break Past The $40 Level

TA: Bitcoin Price Could Rally If There Is A Close Above This Key Resistance

Cardano: Someone Is Buying It Up, and Reason Remains Unknown

Bitcoin and Ethereum Look Set to Break Out