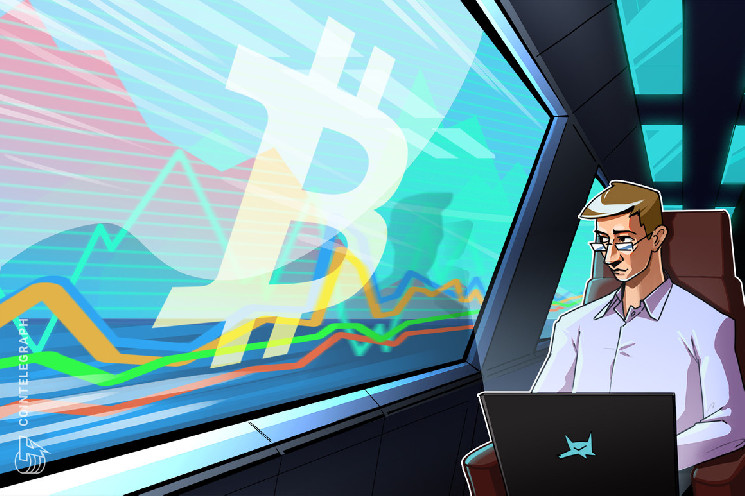 Trading across the cryptocurrency market was relatively subdued on July 5 as the ecosystem continues to digest the fallout from the Three Arrows Capital scandal and Voyager Digital announcing that it has filed for Chapter 11 bankruptcy protection.

Data from Cointelegraph Markets Pro and TradingView shows that the price of Bitcoin (BTC) has spent the day oscillating around the $20,000 support level, ranging from a low of $19,775 to an intraday high of $20,480 on $25.48 billion in trading volume. 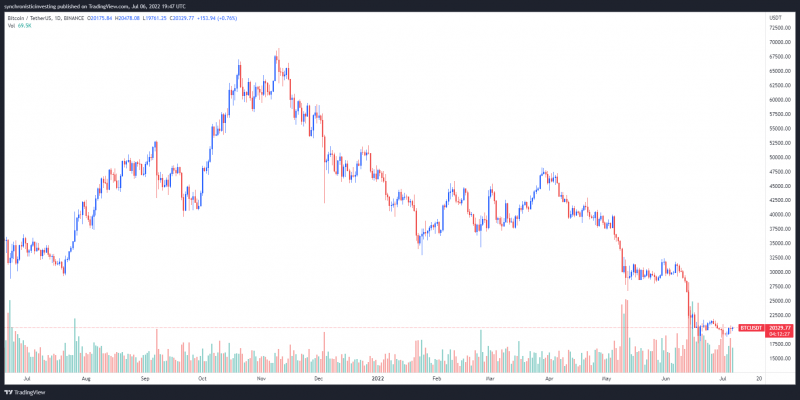 Here’s a look at what several analysts are saying about what could come next for Bitcoin and what support and resistance levels to keep an eye on in the event of a sharp move in price.

A noticeable pattern on the Bitcoin chart prior to the pullbacks that have occurred since November 2021 was pointed out by crypto analyst and pseudonymous Twitter user Moustache, who posted the following chart displaying the similarities between each drawdown. 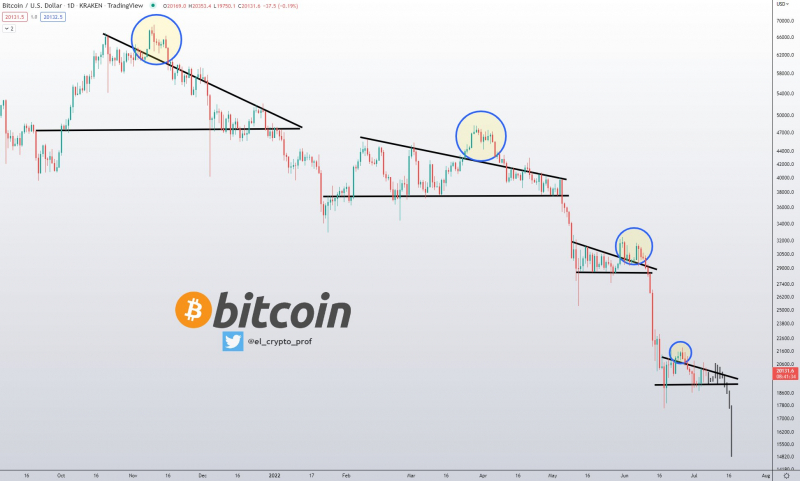 “$BTC has done the same pattern every time, but each descending triangle has gotten smaller and smaller? Another bearish breakout and the target would be between $14,000 and $16,000.”

Noted market analyst Peter Brandt also recently highlighted the repeating pennant pattern on the Bitcoin chart, but stopped short of saying which way the price could move once the formation completes.

Address count grows as the market looks for a bottom

Lately, one of the most popular topics of conversation on crypto Twitter has been centered around trying to predict the bottom in Bitcoin price.

According to cryptocurrency research firm Delphi Digital, Bitcoin has now closed below its 200 weekly average for four consecutive weeks, a development that has historically “marked previous market bottoms.”

As for whether or not Bitcoin traders should expect a rapid recovery, Delphi Digital noted that “this is the longest BTC has remained below its 200 weekly average” and highlighted the fact that “Bitcoin’s weekly correlation coefficient continues to remain inversely related to the US Dollar as it hit a 17-month low of -0.77.”

While a strong dollar suggests that Bitcoin price will continue to struggle alongside other assets, Delphi Digital highlighted one encouraging development that suggests BTC adoption continues to grow.

“With prices continuing to fall, the number of BTC addresses accumulating BTC continues to rise. Addresses holding at least one BTC have reached a new all-time high of 877,501.”

Some traders predict chop for the remainder of 2022

A macro look at what the past performance of Bitcoin suggests about its future was provided by market analyst and pseudonymous Twitter user KALEO, who posted the following chart outlining previous market cycles.

Based on the chart and the predicted path provided, Kaleo suggested that the market will continue to trade sideways for the foreseeable future and will be “defined by a crab market saying above HTF logarithmic support.

“Most likely path from here is seeing a base range between $16K — $30K established, that eventually resolves around December when price finally breaks above HTF diagonal resistance.”