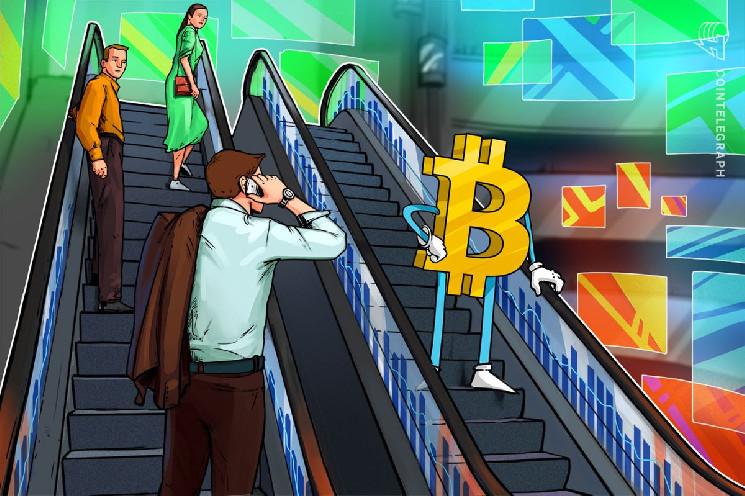 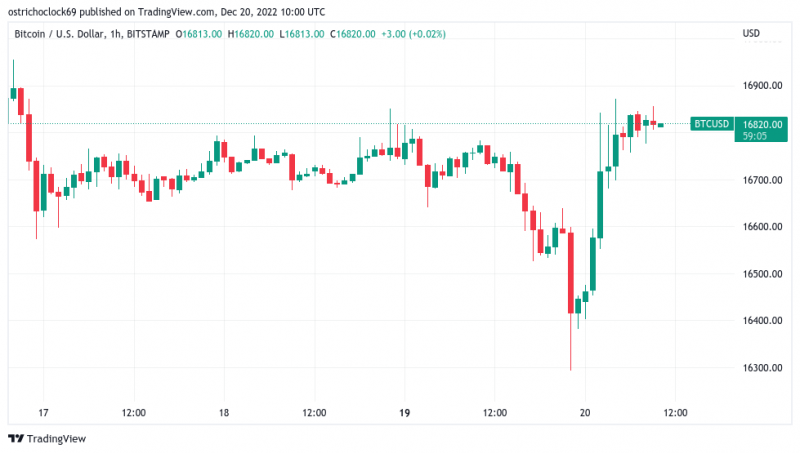 Data from Cointelegraph Markets Pro and TradingView showed BTC/USD returning to near $17,000 after falling over 3% through the course of Dec. 19.

The largest cryptocurrency benefitted from flash U.S. dollar weakness, this coming on the back of a surprise policy tweak from the Bank of Japan (BoJ).

Long a deflationary environment with ultra-low interest rates, Japan woke up to a sea change on the day as policymakers lifted the cap on bond yields. The yen instantly gained against the dollar, while Japan’s Nikkei plummeted.

Reacting, Bitcoin analysts were anything but jubilant despite the short-term benefits for BTC/USD.

Japan, seeming to follow the U.S. in attempting to tame inflation, had unleashed a can of worms which would only become apparent later, they said.

“That’s what happens when you artificially surprises the free market,” Arthur Hayes, former CEO of exchange BitMEX, tweeted, likely intending to write “suppress” instead of “surprises.”

“It blows up in your face. Expect 10yr JGB yields to trade at the 0.50% yield ceiling once USD liquidity falters in 1Q23. Yachtzee.”

Hayes had previously written about central banks’ practice of yield curve control (YCC), which at the time he said was irreversible once started.

A further post meanwhile focused on BoJ ownership of Japanese bonds, now above 50%. This scenario, he said, was reminiscent of the last days of defunct exchange FTX. 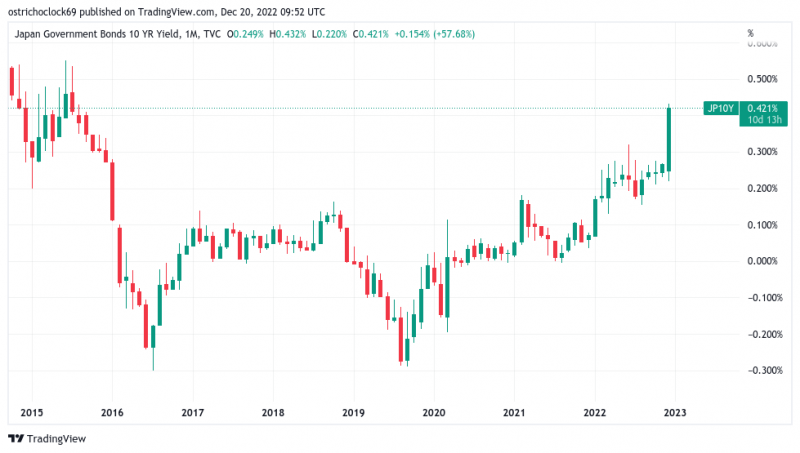 Other responses were no less frank in their appraisal of the BoJ, with Marty Bent, founder of crypto media company TFTC, likening the move to it having “pulled Leeroy Jenkins on the global financial system.”

“A minor policy tweak has huge implications that will take weeks to play out,” part of remarks from portfolio manager Christian H. Cooper added.

“BOJ was the last low yield holdout and now that changes. Spike in rates, stocks lower (for weeks), chaos.”

The Japan story fed into an already fervent narrative over dollar strength, this hitting six-month lows earlier in December.

The U.S. dollar index (DXY) thus abandoned its attempt at a sustained recovery on intraday timeframes, retreating to lows under 104 on the day.

Major central banks are now playing catch-up to the Fed, including the most dovish —> the Bank of Japan. The race to tame inflation outside of the US is on, and the US look to have already done it. 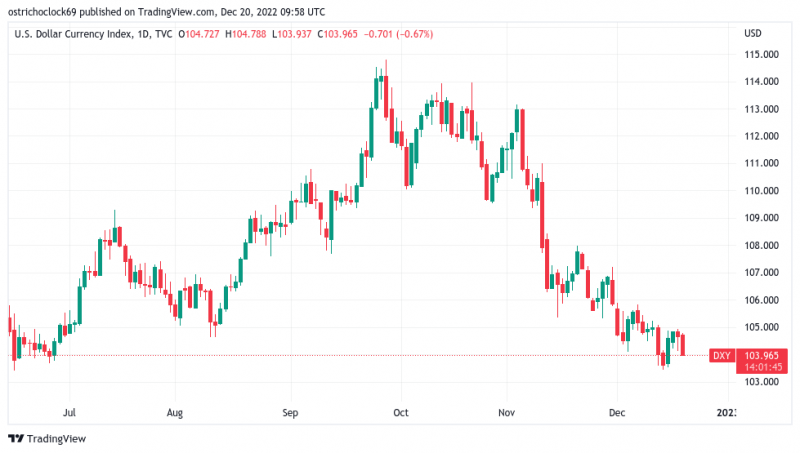 The views, thoughts and opinions expressed here are the authors’ alone and do not necessarily reflect or represent the views and opinions of Cointelegraph.