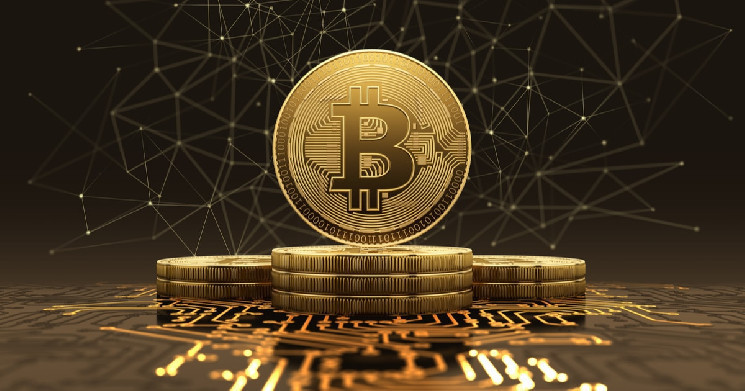 Bitcoin exchange traded products (ETPs) have had a good month in March. BTC assets under management had grown exponentially in this one-month period to touch a new all-time high. This is propelled forward by the inflows that have categorized these ETPs in the last month. This has made March one of the most successful months for bitcoin ETPs as all BTC products have marked positive net flows over this time period.

The total bitcoin AUM had gone up dramatically in March. Looking at the numbers show this movement to be one of the highest growth trends ever recorded in this regard. The previous one was the jump that was recorded back in November of 2021. By February, the total asset under management had been sitting at 190,165 BTC. However, by the end of March, this number had grown as high as 202,437 BTC. This constituted a new record for BTC under management.

The net inflows for March were a big addition to this. In total, there were 12,727 BTC that flowed into ETPs last month alone. This had helped the digital asset mark its strongest month in terms of ETP inflows since November. Inflows were recorded all across the board and across all regions. 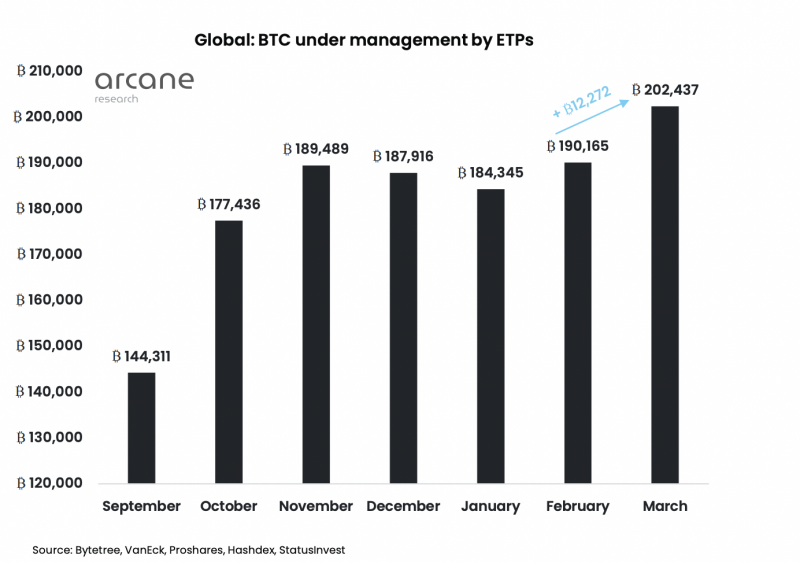 An example of this was the Canadian ETFs which recorded one of the sharpest growth in its history last month. They had been able to increase their total AUM by a total of 6,066 BTC in this time period. Additionally, ProShares also recorded positive inflows. For the rolling period of March 20th to March 25th, it had been able to break out of the low momentum that had plagued it in previous months which were attributed to the associated rolling costs.

This had also resonated through Europe. The region which had been recording net outflows for the last three months had seen a switch-up. This reversal had seen substantial amounts of inflows come in during the month of March.

BTC loses footing, causing it to fall to low $44,000 | Source: BTCUSD on TradingView.com

Most of these inflows are being attributed to the bitcoin recovery in recent times. During the rolling week in March, Bitcoin had seen more strength on the backdrop of the LFG’s Bitcoin Reserve Strategy. Not only had this translated to a higher value for the digital asset, but it had also seen inflows into ETPs grow exponentially.

Overall, the month of March has been a good one for BTC ETPs. It is obvious that demands for the digital asset are on the rise. Not only do retail investors want a bigger piece of the pie but legacy markets have been demanding greater exposure to the cryptocurrency according to this recent trend.