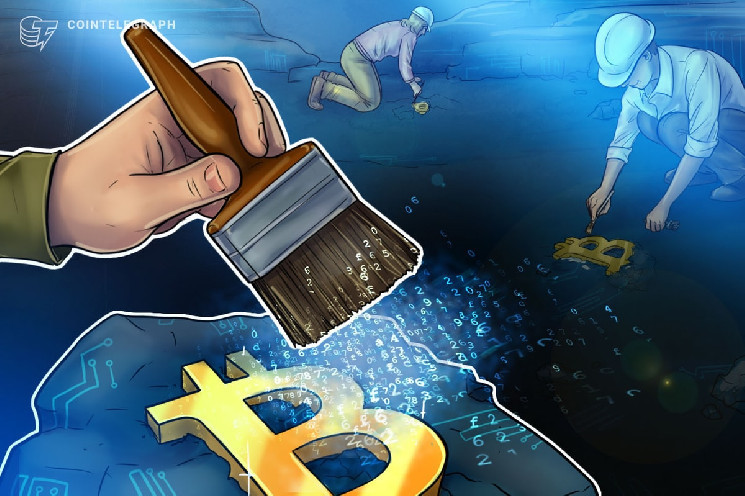 According to a new letter to shareholders posted on Dec. 21, Aroosh Thillainathan, CEO of German Bitcoin (BTC) mining company Northern Data, said that the firm expects to generate upwards of €190M to €194M in revenue from crypto mining operations this year. At the midpoint range, this represents a growth of 1.11% from Northern Data’s total sales of €190M for the 2021 fiscal year, when the firm grew its revenue ten-fold from 2020. Thillainathan added:

Northern Data is not carrying financial debt and therefore has access to the unique opportunity to consolidate and expand our current position in BTC mining while scaling cloud solutions and colocation services in parallel. We see significant opportunities in the HPC [high-performance computing] markets we are targeting.

The blockchain CEO also stated that investors should expect guidance of €40M to €75M in adjusted earnings before interest, taxes, depreciation, and amortization (EBITDA). In 2021, Northern Data generated €89.6M in EBITDA, with non-adjusted figures being even higher due to special effects such as reimbursements from the electricity contracts of the US subsidiary Whinstone from weather-related power outages as well as the effects from the sale of its Whinstone subsidiary.

Thillainathan explained that the largely absence of growth from its business projections is due to a combination of a 46% YTD [year to date] increase in hash rate, BTC prices down over 60% since the beginning of the year, and extreme increases in electricity prices. 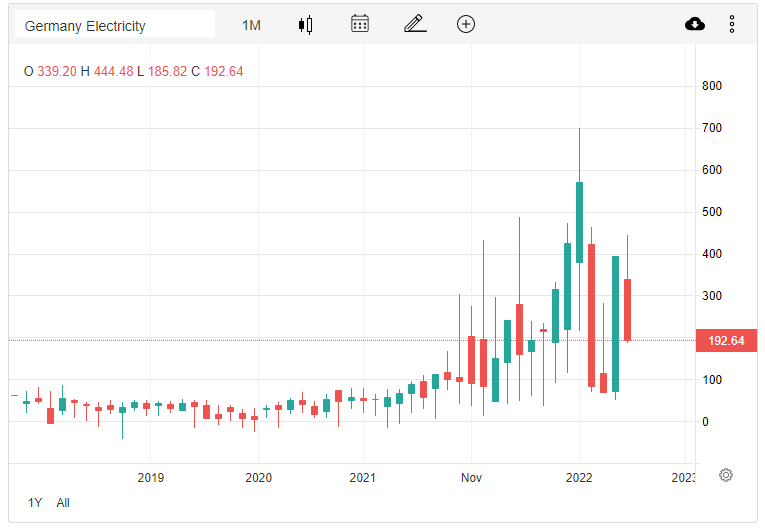 German electricity prices have skyrocketed in the past year | Source: Trading Economics

Going forward, Thillainathan revealed that the company had commissioned roughly 13,000 application-specific integrated circuits (ASIC) miners with corresponding power contracts in the coming months. Northern Data’s monthly BTC production could already be around 500 BTC mathematically (at the current mining difficulty). Because with energy costs of around EUR 0.03/kWh, the production of a Bitcoin for around EUR 10,000, and therefore high profitability at the current BTC price, is still possible, the CEO wrote.