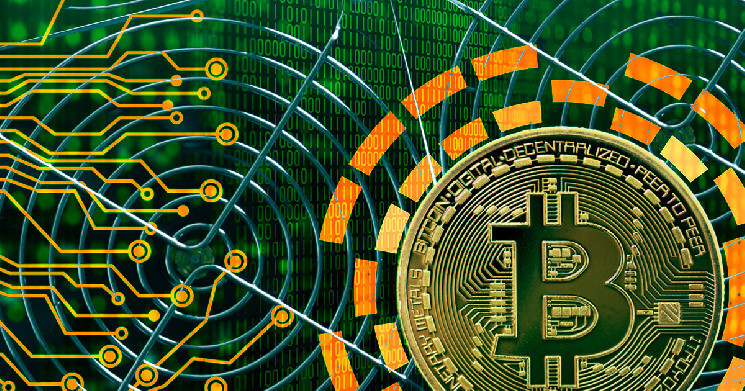 Bitcoin mining difficulty is expected to increase by at least 3% on Dec. 19 for the final adjustment of the year, according to Bitrawr Bitcoin difficulty estimator. 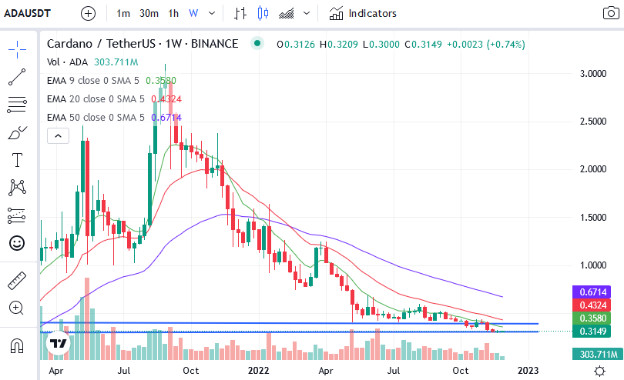 Mining difficulty describes how difficult it gets to solve the cryptographic puzzle necessary to create a block on the Bitcoin network and adjusts every two weeks. 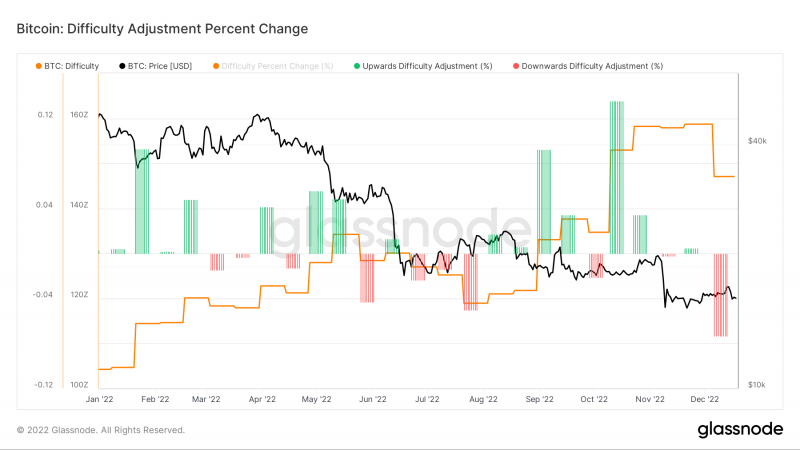 According to the above chart, BTC mining difficulty is demonstrated with the orange line. The mining difficulty experienced a significant surge in October. However, it plateaued in November before dropping to its current state in December.

Despite the drop, Bitcoin’s difficulty will finish the year just 4% below its all-time high which shows that the mining difficulty remains high.

The record high level of mining difficulty in 2022 was due to an increase in hash rate, which has left several miners struggling for profitability, especially with BTC’s price declining.

Even with several miner capitulations, Bitcoin hashrate is still very high. Since peaking in November, BTC’s mean hash rate on the 7-Day Moving metrics has dropped, but it is still above 240 exahashes. 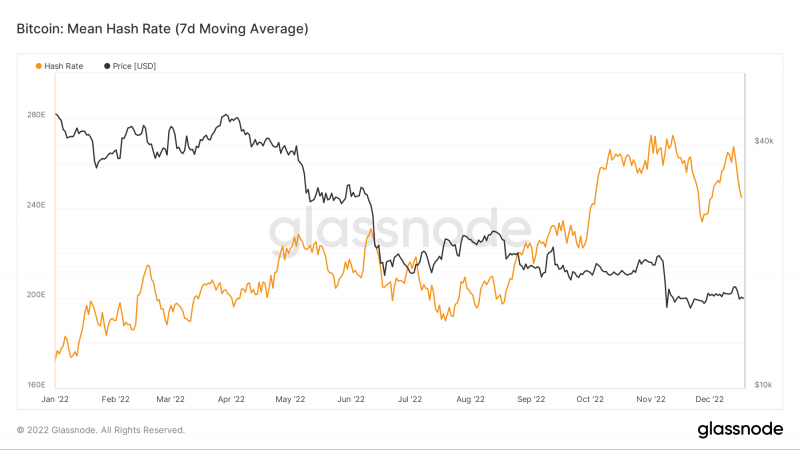