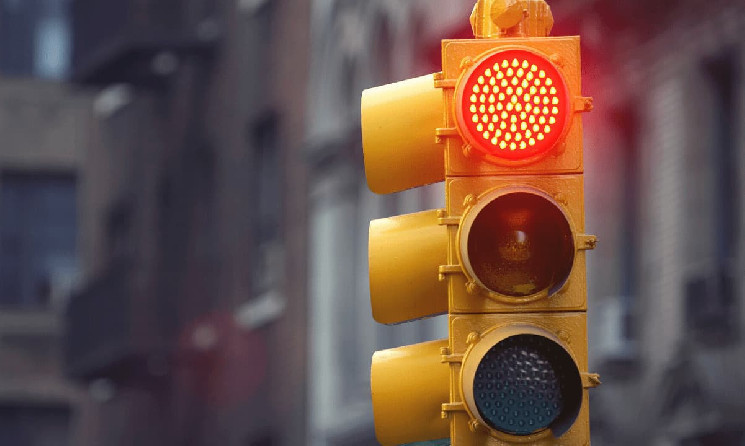 After tapping a new five-week high at nearly $46,000, bitcoin was rejected and driven south vigorously. Most altcoins are deeper in red, with substantial price losses from Ripple, Solana, Polkadot, Shiba Inu, and others. THETA is among the few exceptions with a double-digit surge.

Earlier this week, bitcoin spiked to above $45,000 for the first time since early January after previously reclaiming $40,000. However, the bears didn’t allow any further increases, and they pushed it south to below $43,000.

After a few days of relatively stagnant movements, BTC tapped $45,000 once more yesterday before reminding of its volatile nature in the following hours. After the US released its highest inflation rate numbers in 40 years (again) of 7.5%, BTC dumped by nearly $2,000.

Yet, it started to gain value just as fast and spiked by almost $3,000 to just shy of $46,000. This became its new highest price tag since January 5th while also causing pain for leveraged traders.

The bears came out to play once more at this stage, and BTC dumped by another $3,000 to below $43,000 hours later. As of now, the asset has recovered some ground and stands around $43,500, and its market capitalization is well above $800 billion.

Altcoins Retrace: Market Cap Down $100B

As it typically happens when enhanced volatility reaches BTC, the altcoins experience even more substantial losses.

Ethereum exceeded $3,200 at one point yesterday before a 3% daily decline drove it south. As of now, ETH stands beneath $3,100. Similar decreases are evident from Binance Coin, Cardano, Terra, and Dogecoin.

Ultimately, though, the cumulative market capitalization of all digital assets dropped by approximately $100 billion in a day and is down beneath $2 trillion now.