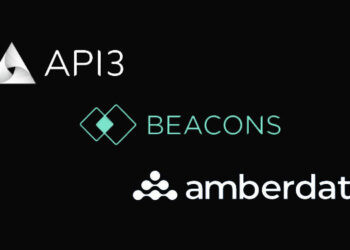 API3, a first-party blockchain oracle solution providing a seamless Web3 wrapper that enables API providers to offer their data directly on-chain, is set to launch its new solution: Amberdata Beacons, which was created in partnership with crypto-asset data provider Amberdata.

February’s 11th-20th, ETHDenver event was chosen as the venue to launch API3’s Beacons, as it remains the largest Web3 hackathon in the world for blockchain enthusiasts, designers, and developers. ETHDenver is community-funded and serves as a platform to provide developers with tools and funding.

Introduced in December 2021, API3’s Beacons create a transparent, scalable, and cost-effective solution for data providers to publish data feeds on-chain directly. Beacons represent a unique offering in the ecosystem that is generating excitement among developers and major blockchain protocols alike.

“The structure of traditional data feeds conceals where information is sourced, due to a lack of transparency from third-party oracle nodes, ultimately preventing developers from selecting data sources based on their real-world reputations. Beacons improve on this opaque model by harnessing the benefits of first-party oracles, where the data sources feed their data directly on-chain instead of going through 3rd-party intermediaries,” said Heikki Vänttinen, Co-Founder of API3. “Looking ahead, Beacons will be the building blocks of our dAPIs, alongside being offered as a standalone service.”

The partnership between Amberdata and API3 promises to equip developers and protocols with a trusted, comprehensive, and convenient data solution. Built on API3’s open source Airnode, Beacons are continuously updated data feeds, each powered by a single first-party oracle, and make it even easier for Web3 projects to build on API3’s first-party oracle technology.

In tandem with the launch, API3 is serving as the official DeFi Track sponsor of Denver, the largest and longest-running Ethereum event in the world. As such, API3 representatives will have a strong presence at the event to support developers and ensure they are equipped with the tools and knowledge to successfully build on Amberdata Beacons over the course of the nine-day event.

“At a critical time in the development of Web3, partnering with API3 and its novel first-party oracle solution enables us to reach an even broader audience of developers and projects, ensuring they have the most comprehensive, high-fidelity data to power DeFi and new apps,” said Shawn Douglass, CEO of Amberdata.

Key benefits of API3 Beacons include:

Ahead of ETHDenver, participants are asked to complete the survey request form found here for the price feeds they would like offered by API3 at the event.

Aave calls on members to commit to Ethereum PoS chain

What Is Dogechain? The So-Called Dogecoin ‘Layer-2’ for DeFi, NFTs and Games

Flashbots to hasten open sourcing of its MEV-Boost relay code

Aave calls on members to commit to Ethereum PoS chain

What Is Dogechain? The So-Called Dogecoin ‘Layer-2’ for DeFi, NFTs and Games

Flashbots to hasten open sourcing of its MEV-Boost relay code