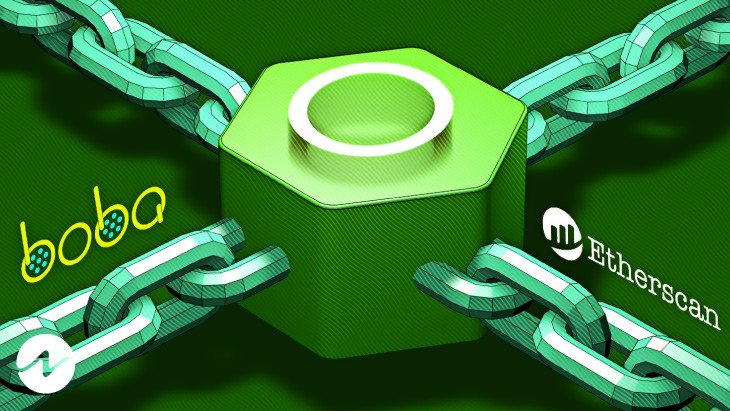 By joining forces with Etherscan, Boba Network, the Layer-2 blockchain scaling solution, has launched Bobascan, a Boba-centric version of the popular explorer for EVM blockchains. Because of its many features, Etherscan has become the most popular block explorer for Ethereum transactions, solidifying its prominence.

Boba Network users will now have access to the same analytical tools as Ethereum users, thanks to Bobascan. Teams may load their contract’s source code and compare it to the bytecode deployed to an address. This is known as “verified contracts.” This guarantees that users can see the code they’re working with and verify that everything is operating as expected.

A proxy analysis is one of the many new features coming to Bobascan. All transactions are delegated to an “implementation contract” using proxy contracts and upgradeable programs. However, if a correct block explorer implementation is implemented, consumers will only witness a cryptic interaction with the proxy and not the underlying code.

“Working together with Boba Network will be beneficial to users, the two teams and the rollup ecosystem as a whole. In the complex environment of smart contracts, having equitable access to understanding the data is of critical importance.”

As an alternative to native tools that directly index node data, developers can access blockchain data through Bobascan APIs, which are ideal for more minor mission-critical applications.

The Boba Network is a Layer-2 scaling solution with further development focused on enhancing the user experience (UX). Boba aims for more flexible blockchain computation by gradually unlocking rollup technology’s possibilities. Now that Boba is completely EVM-compliant, it is deploying on both Moonbeam and Fantom.

“Adding Etherscan functionality to Boba Network is another important step in our mission to give developers tools to build incredible web3 experiences. With improved search and navigation, and core tooling such as contract verification, API access, and improved proxy contract interaction, Bobascan just took the Boba builder experience to another level.”