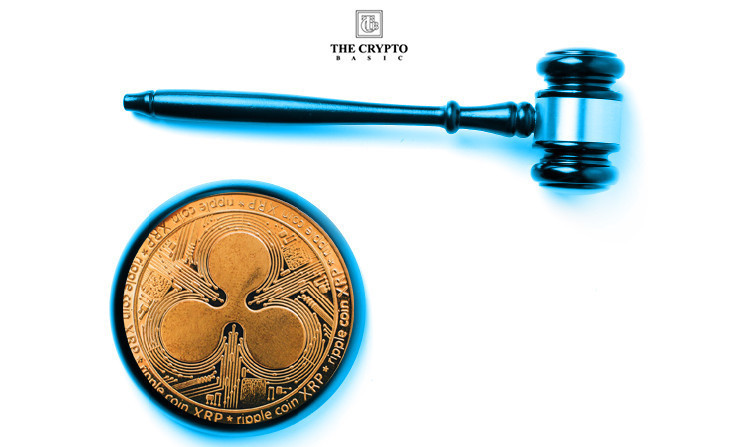 Following several calls by the Ripple (XRP) community to investigate the allegations of corrupt practices by former Securities and Exchange Commission former executives Jay Clayton and William Hinman, Shannon O’Leary via U.S. litigator Fred Rispoli has filed a class action against the duo.

Rispoli alleged in the suit filed against Clayton and Hinman that both former executives acted in favor of their previous and present employers, which have strong affiliations with Ethereum, to hurt the hundreds of thousands of XRP investors globally.

In a lengthy Twitter thread, Frispoli noted that while no agency has taken any interest in the calls made by the Ripple community to investigate the activities of former SEC chairman Clayton and the commission’s finance director Hinman, O’Leary had decided to take up the matter.

According to Rispoli, there is substantial evidence revealing some of the shady practices of Clayton and Hinman, and as such class action has been filed against them.

“On April 11, 2022, a class-action lawsuit was filed against Mssrs. Clayton and Hinman for tortious interference in ALL XRPL Network Users’ valid business expectancy in the XRPL Network. The Lead Plaintiff and my client, Shannon O’Leary, decided to take a stand,” Rispoli noted.

On April 11, 2022, a class action lawsuit was filed against Mssrs. Clayton and Hinman for tortious interference in ALL XRPL Network Users’ valid business expectancy in the XRPL Network. The Lead Plaintiff and my client, Shannon O’Leary, decided to take a stand. 13/20

It is worth noting that this is not the first time Clayton and Hinman have been accused of working against Ripple to favor Ethereum.

Clayton was named Chairman of the SEC on May 4, 2017, by former President Donald Trump. Upon his resumption as the commission’s chairman, Clayton appointed Hinman to become the Director of the Division of Corporation Finance at the SEC on May 9, 2017.

Before Hinman’s appointment, he held a major post at the U.S. law firm Simpson Thacher, an organization that sits on the Enterprise Ethereum Alliance, which represents ETH’s financial interests.

In 2018, Clayton declared that Bitcoin is not a security, forcing its price to soar tremendously and it sealed its position as the largest cryptocurrency by market capitalization.

For clarity, Ethereum and Ripple were in a fierce rivalry over which digital currency would take the second position in the global cryptocurrency rankings.

However, Hinman dashed Ripple’s hope of competing with Ethereum as the second-largest cryptocurrency by market capitalization by declaring that ETH is not a security. Like Bitcoin, Ethereum’s value spiked, leaving Ripple behind.

While Ripple was still trying to recover from comments made by Hinman, Clayton on his last day in office on December 4, 2020, charged Ripple and two of its executives for conducting unregistered security offering in the United States, more than seven years after the sales were made.

A few weeks after Hinman resigned from the SEC, he subsequently went back to his former company Simpson Thacher, where he was paid $15 million to cover his wages while he was away working with the Securities and Exchange Commission.

After Clayton left the agency in April 2021, he was made an advisor to One River Asset Management, a cryptocurrency company that focuses on Bitcoin and Ethereum.

Both Clayton and Hinman have been accused of indulging in numerous conflicts of interest, as recent emails suggest that the latter was still having meetings with Simpson Thacher even during his time as SEC Director, a move that breached the agency’s policy.

While no security agency has taken the mandate to investigate the alleged corrupt practices of Clayton and Hinman, O’Leary through the support of the XRP community would hope that the U.S. legal system proves these facts.

Meanwhile, Ripple is confident that during Hinman’s 2018 speech where he declared that Ethereum is not a security, there is a huge possibility that the former SEC director commented on the legal status of XRP.

However, the SEC has consistently refused to provide the emails containing Hinman’s draft speech, stating that the agency’s former finance director’s comment is only a personal opinion and cannot be used as public guidance.

Interestingly, Judge Sarah Netburn, in her most recent ruling, ordered the SEC to surrender Hinman’s emails to Ripple.

With the directive, it is expected that the SEC could be forced to negotiate a settlement with Ripple, with many speculating that it would be in favor of the blockchain company.