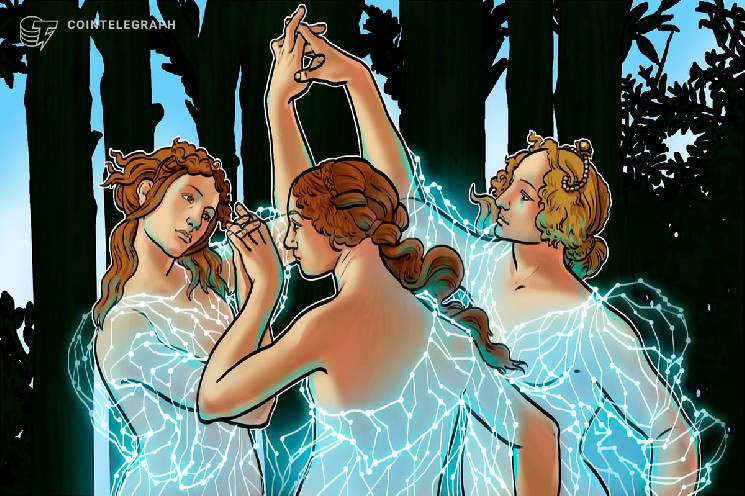 Web3 and emerging technologies have been pushing the boundaries of art distribution, ownership and engagement with fans. However, not all of the recent developments are welcomed by the art community, especially when it comes to artificial intelligence (AI).

Recently, AI-generated art has sparked a major debate around ownership after a smartphone app went viral which created AI-generated portraits.

The debate around ownership of intellectual property (IP) rights is similar to those seen in the film and music industries. However, developers in the emerging tech space say blockchain technology can provide a middle for artists and AI-generated content.

Cointelegraph spoke with Dan Neely, CEO of Vermillio, to better understand how these problems can be troubleshot in the future. Vermillio is an authenticated AI platform that connects the lineage of ownership.

Neely says authenticated AI introduces a system of automation and verification available to the public. In this instance, anyone could verify ownership and lineage rather than relying on multiple third-party sources.

“This matters not only because creators need to prove that a piece of content is their own, but because they need to authenticate the use of their digital creations.

This falls in line with much of the outrage that is picking up steam on social media regarding AI-generated content. One artist posted a 6-tweet thread dissecting the artists against AI-art movement, calling what is happening “exploitation”.

1/6 I created this image for everyone to use wherever they want.
Ai creates the “art” you see on the backs of artists being exploited. Ai “art” is currently scraping the web for art and uses it in datasets. No artist gave consent to have their art used. We were not compensated pic.twitter.com/eGn352MyCj

Neely says that the art created through generative AI should not be a threat to original art– but rather they should coexist. Instead he said different markets will be created for human made art and machine-made art. Nonetheless, the legitimate questions of ownership and authenticity need to be taken seriously.

Related: What is the relationship between blockchain and Web3?

Mike Winkelmann, also known as Beeple, is an active digital artist who has used emerging technologies to create high-value nonfugible token (NFT) collections. He also joined the conversation on Twitter around the AI-art controversy with a new piece against machine-made.

THE BATTLE OF AI ART pic.twitter.com/ePSoXzb6fQ

Whether to call it a battle or a decisive moment, Neely believes creative industries are at a crossroads to make a choice. Creatives will either need to tolerate unauthorized third parties using generative AI or utilize new tools like blockchain.

According to Neely, “technologies including AI and blockchain are used to allow third parties to buy access to an authorized digital signature of training data that is digitally controlled by a creator.”

Authenticated AI could be one of the major tools to allow creators to be the ones bringing order and fairness to the “Wild West” generative AI content and the greater Web3 space.

Ultimately, the world of Web3 depends on creators to propel the space forward into the future of the internet. Neely highlights that authenticating AI and content ownership through blockchain will allow creators to play their part on their own terms.

“Creators want to take their work with them wherever they choose and share it with the communities they care about.”

As AI continues to be more public and pervasive in digital spaces, minimizing user suspicion surrounding the technology is key for many developers. Recently, some companies are even using AI-based tech in order to make metaverse design accessible for creators.