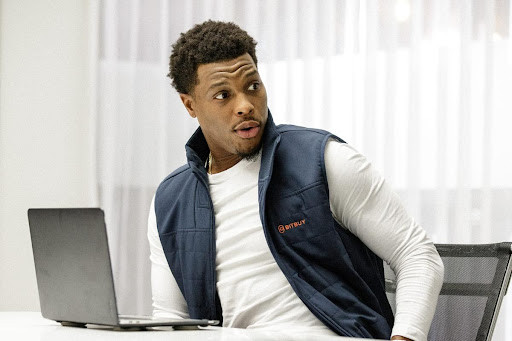 Disclaimer: The following article is part of Cryptonews Deals Series and was written as a promotional article in collaboration with the sponsor of this offer. If your company has an exclusive promotion that you would like to share with our readers, we invite you to reach out to us. Let’s build together.

The American football game of the Super Bowl will take place on Sunday, February 13, 2022 at 6:30 pm Eastern Standard Time (EST). If you are in France, you will have to get up early because the game will be broadcasted at 00:30 on Monday, February 14! Beyond the sports stakes, the Super Bowl will have a very «crypto» flavor this year! Indeed, several major crypto players such as the Bitbuy exchange have bought advertising slots. 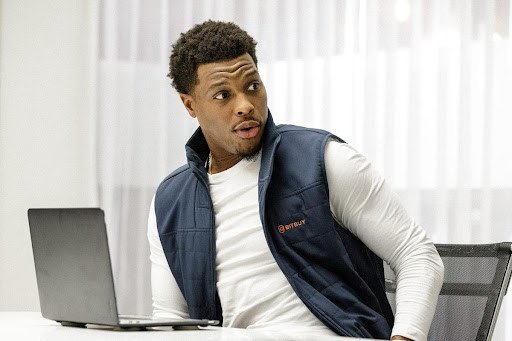 The Canadian crypto exchange Bitbuy has presented its Super Bowl ad. And for this, the exchange decided to use the services of basketball player Kyle Lowry!

Bitbuy became the first regulated crypto platform in Canada on November 30, 2021. From there, it was a race against time for the crypto exchange to secure its presence with the Canadian broadcaster during the Super Bowl.

The Canadian exchange signed its partnership with Kyle Lowry two days later and then worked on the preparation of commercials. The difficulty was to juggle between Kyle Lowry’s sporting obligations as explained below by Binu Koshy, marketing director at Bitbuy:

« It was a pretty stressful 3 weeks. (…) Our eyes were locked in on the Super Bowl, and the only day that Kyle could do the shoot was December 22 in Miami. His one day off in between two Miami Heat home games. We had to get Kyle’s approval on the three scripts and find a Miami-based director and production crew in that time. All this under the threat of lockdown due to the rising Covid cases, and dependent on whether the border closed and we couldn’t fly down to the US or the NBA postponing games and not allowing Lowry to be at the commercial shoot. Suffice it to say, we never truly relaxed till Lowry pulled up in his car at the shoot location. »

The Bitbuy commercial features basketball player Kyle Lowry. Kyle Lowry is well known in Canada for having been a member of the Toronto Raptors for 9 years. Last summer, he sold a collection of NFT that follows his career with the Raptors.

« As an entrepreneur and investor, I’ve always had my eye on new growth sectors. I met with the Bitbuy team in Miami and was blown away by their creativity, technology, and vision for the company. When I read the Super Bowl script, I knew I had to be a part of it. » Kyle Lowry

The least we can say is that Kyle Lowry does not take himself too seriously in this respect! The ad highlights the 6,000 or so missed baskets by Kyle Lowry in his career and then warns viewers not to «miss» the crypto boom too! The ad also talks about the missed opportunities in the past by many Canadians in real estate or stocks.

Kyle Lowry plays the role of ambassador for Bitbuy. Kyle Lowry will be featured in other ads for the exchange throughout the year. This is the first time a Canadian crypto company has partnered with a major league athlete.

The Super Bowl, a global showcase

In addition to its punchy humor, this spot is a first! In fact, this is the first time that a Canadian crypto company will be featured in Super Bowl ads.

« You can’t just be going after early adopters — sooner or later, you’re going to run out. So we changed our marketing strategy to include more channels that reach Gen X and early baby boomers—segments for whom TV, particularly high-profile events like the Super Bowl, are still highly relevant. We naturally thought Kyle Lowry would be the perfect ambassador to help communicate our message. Even though he’s not a Canadian athlete, he’s an honorary Canadian athlete because the Raptors are Canada’s basketball team! » Binu Koshy, marketing director at Bitbuy.

Behind Bitbuy, a neo-convert to crypto !

The Bitbuy exchange is definitely in the news at the moment! Indeed, we recently learned that the company DeFi WonderFi, which belongs to Kevin O’Leary, has acquired First Ledger Corp for a cool 162 million dollars. However, it is important to note that First Ledger Corp is the parent company of… Bitbuy!

Beyond the economic information, this acquisition allows to underline the change of attitude of Kevin O’Leary towards cryptos. This entrepreneur has acquired notoriety and has inherited the nickname of «Mister Wonderful»! Above all, it should be noted that Kevin O’Leary called Bitcoin a «garbage» or «worthless currency» just a few years ago!

Crypto Exchange Bitfinex May Be Facing Criminal Investigation in US

Decide Whether You Want to Inactivate or Delete Your Binance Account

Crypto Exchange Bitfinex May Be Facing Criminal Investigation in US

Decide Whether You Want to Inactivate or Delete Your Binance Account