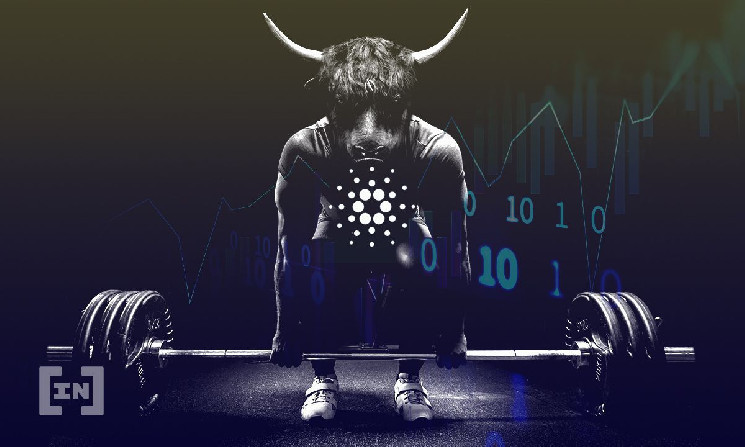 Cardano (ADA) has been increasing since reaching a low on May 12. It is possible that the increase will eventually cause a breakout from a long-term descending parallel channel.

ADA has been falling since reaching an all-time high price of $3.10 on Sept. 2, 2021. The downward movement caused a breakdown from an ascending support line that had previously been in place since March 2020. It led to a low of $0.40 on May 12.

Currently, the price is trading just above the 0.382 Fib retracement support level at $0.45. Measuring from the all-time high, it has decreased by 83%.

The entire downward movement was preceded by a considerable bearish divergence in the weekly RSI (green line). The trendline of the divergence is still intact. A breakout above it would be required in order to consider the possibility of a bullish trend reversal. The weekly RSI for ADA has reached a low of 31, which is the lowest value since Dec. 2018.

Besides the current Fib support level, there is stronger support at $0.23 and $0.125, the 0.5 and 0.618 Fib retracement support levels, respectively. The latter is also a horizontal support area.

(the logarithmic chart is used in the chart below in order to better visualize large price movements).

Well-known trader and investor @bobloukas tweeted a chart of ADA, stating that the coin will eventually drop to $0.10. 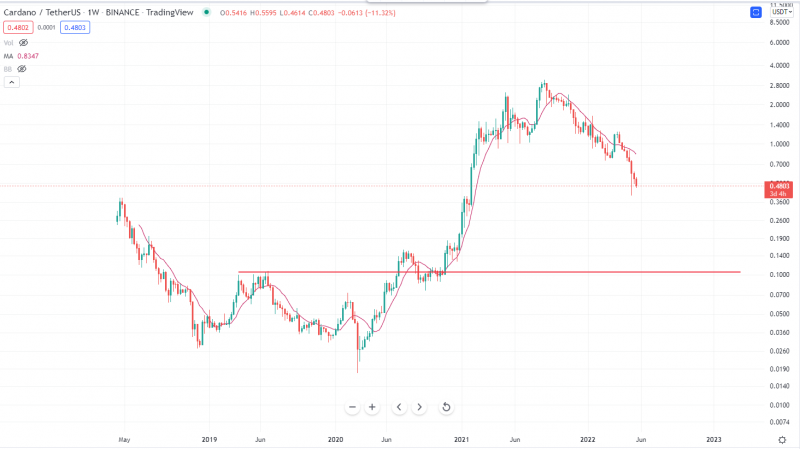 If the downward movement continues, this would be very close to the outlined 0.618 Fib retracement support area.

The daily chart shows that ADA has been decreasing inside a descending parallel channel since the all-time high price. Such channels usually contain corrective movements.

The aforementioned May 12 low occurred in the middle of the channel (green icon) and validated it as support.

The daily RSI has two interesting developments which make it decisively bullish.

Firstly, it has been generating bullish divergence (green line) since the May 12 low. Secondly, it has broken out from a descending trend line (dashed). Such divergences often precede a breakout in price.

AS a result, it is possible that ADA will break out from the channel. If a breakout occurs, the price could increase all the way to the closest support area at $1.20.

Finally, the six-hour chart shows that ADA has been falling underneath a descending resistance line since March 21.

Similar to the daily chart, the six-hour RSI has broken out from its bearish trendline (green). As a result, it is possible that the price will soon follow.

If it does, the closest resistance area would be at $0.80. This would also coincide with the resistance line from the previous long-term channel. So, it can be considered a very significant resistance area.