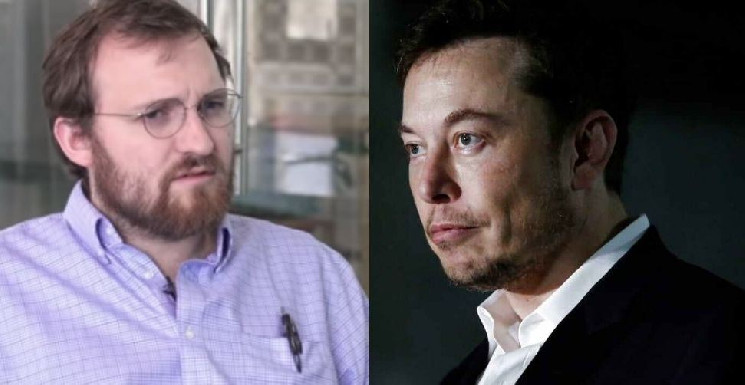 Charles Hoskinson, the CEO and co-founder of Input Output Global, the firm responsible for conducting research for Cardano, has commented on Elon Musk’s offer to buy microblogging platform Twitter.

In a Twitter post made today, Hoskinson disclosed that should the popular microblogging platform turn down Tesla’s boss’ offer to fully purchase Twitter, he would be willing to build a decentralized social media platform with him.

“ Elon if Twitter rejects your offer, then hit me up. Happy to build a decentralized one,” Hoskinson said.

@elonmusk Elon if Twitter rejects your offer, then hit me up. Happy to build a decentralized one

A few weeks back, Musk had sought the opinion of his nearly 100 million followers to find out whether to develop a decentralized social media platform that adheres to free speech.

In a poll created on Twitter, the vast majority of Musk’s supporters favored his move to launch a decentralized platform, with some users requesting that he adds cryptocurrency like Dogecoin (DOGE) to the platform’s tipping jar.

Based on this, it is not surprising to see the Cardano boss want to collaborate with Musk to develop a decentralized social media platform as he would want the ADA coin to also be added to the platform’s tipping service.

Recall that yesterday, Musk disclosed that he has made an offer to purchase Twitter for $41.39 billion, in a bid to enable the company achieve its societal goals. Musk said he is willing to pay $54.20 per Twitter share, to enable him to fully purchase the microblogging platform.

According to the founder of the American electric car company, it will be difficult for Twitter to achieve its set goals under current circumstances, as such he is willing to buy the platform and take it private.

His proposal came in less than a week after his over 9% stake in Twitter was disclosed. With Musk confident that Twitter may not reach its set goals under current circumstances, he said he may have to reconsider his investment in the company if his offer is rejected.

Since he made the offer, many experts from different industries have weighed in on the issue, especially on Twitter where Musk disclosed the move.

One of the people who commented on the matter was Michael Saylor, the leading business intelligence company MicroStrategy CEO.

Saylor, in a tweet, urged Musk to buy fractions of Bitcoin if his offer is turned down by the Twitter board. He has always believed that the value of Bitcoin will soar in the future as more people adopt the nascent asset class.