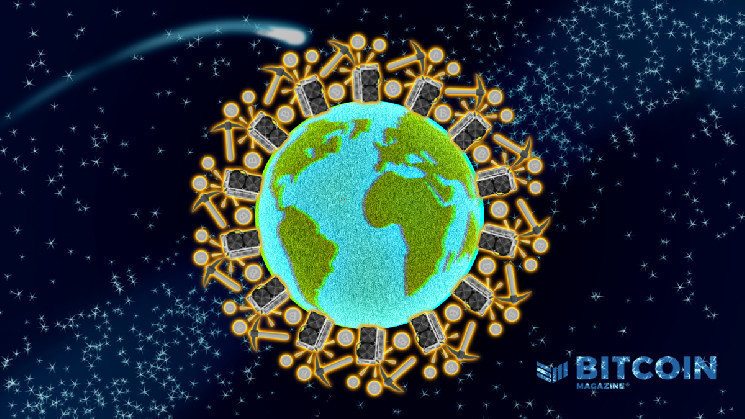 This is an opinion editorial by Ray Youssef, CEO of Paxful and co-founder of the Built With Bitcoin Foundation.

Bitcoin has the power to help real people, but the “Bitcoin is useless” narrative still exists. Traveling on the ground in the emerging world, I’ve heard hundreds of stories from people who’ve said that Bitcoin has changed their lives for the better. And it’s no surprise. People are using Bitcoin for remittances, e-commerce, wealth preservation and social good. It’s the strongest solution for the unbanked, giving people the opportunity to put the financial power back into their own hands. So how do we change the narrative? Only with education can we break through the noise and show the rest of the world what Bitcoin can really do.

Over the last few months I’ve traveled through the U.S., South America and Europe, attending meetups, events and speaking with our users. One of my stops was the Oslo Freedom Forum, where I was lucky enough to meet activists from all over the world who are fighting for freedom. Bitcoin not only provides freedom from government control, but provides access to the global economy. It’s the people who are on the ground spreading this message that will really change the world.

I’ve heard Farida Nabourema speak many times, and I continue to be inspired by her story. Her work fighting for democracy in Togo is the work of a true hero. In a country where people are silenced for speaking out, or prevented from receiving money from their family or friends outside the country, Nabourema is showing the way out. Bitcoin offers an alternative to traditional finance that is permissionless, borderless and inclusive of everyone. And now with Bitcoin, the people of Togo can take control of their financial future.

Back in 2020, the people of Nigeria were fighting against police brutality though the #EndSARS protests. Ire Aderinokun witnessed what it was like to be shut out by the banking system when the government froze bank accounts. Instead, the Feminist Coalition turned to Bitcoin to continue raising funds for their efforts.

Another activist I admire is Roya Mahboob, one of the first people to introduce Bitcoin to Afghanistan. Understanding the opportunities that Bitcoin could provide, Mahboob paid her female employees in bitcoin. For some, it was a way out from under the government — for others, it was a sense of independence they didn’t have before. Bitcoin not only provides sovereignty, but a sense of ownership. Thanks to people like Mahboob, more people are learning that.

Bitcoin On The Ground

Hearing these stories confirms that the key to global adoption comes from the ground up. I strongly believe in the power of local education, and in order to get to a billion Bitcoiners, we need to listen to the needs of different communities. I’ve been on the ground in communities all around the world to learn more about how Bitcoin can help the little guy. Take El Salvador, for example: while bitcoin is legal tender there’s still a massive need for education. Nathaly Maria Cortez from El Salvador came to our education center in the country to learn more about Bitcoin. She now advises her family and friends that do not have access to banking or the traditional financial system. Another user, Don Walter, has seen firsthand how Bitcoin has transformed his community through bitcoin donations. I could go on.

These stories are just a handful of the many voices who have now experienced the power of Bitcoin firsthand. Farida once shared that you cannot have independence without monetary independence and that is what Bitcoin truly provides for the first time. All around the world, Bitcoin is creating opportunities for people who have limited financial access. It’s only through Bitcoin education and its real use cases that we can inspire even more people to take part in this financial revolution.

This is a guest post by Ray Youssef. Opinions expressed are entirely their own and do not necessarily reflect those of BTC Inc. or Bitcoin Magazine.

More ancient #Bitcoins leave from its wallet after 10-year hibernation

#Bitcoin #BitcoinPrice Crashes To $19,000, But Stays Strong Against Other Assets

#Bitcoin 90-Day CDD Hits All-Time Low, What Does It Say About Market?

Is Mining Censorship A Serious Threat To #Bitcoin?

More ancient #Bitcoins leave from its wallet after 10-year hibernation

#Bitcoin #BitcoinPrice Crashes To $19,000, But Stays Strong Against Other Assets

#Bitcoin 90-Day CDD Hits All-Time Low, What Does It Say About Market?

Is Mining Censorship A Serious Threat To #Bitcoin?