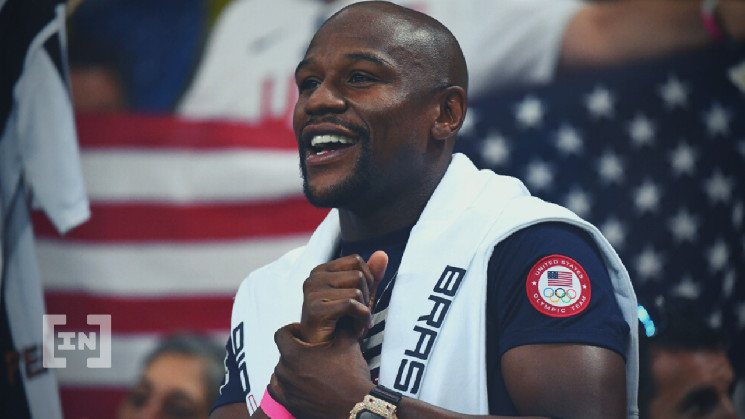 One of the greatest boxers of all time could be set to face his most challenging opponent of all time, the SEC. Floyd Mayweather Jr proudly announced the Mayweverse on Tuesday, a project of 5,000 NFTs which he says he has worked on “for months.”

If Mayweather’s past performance in the cryptosphere is anything to go by, the boxer may only be setting himself up for another bloody encounter with US financial regulators.

In a video released on Twitter on Mar. 21, the world-famous pugilist laid out the value proposition of his latest project dubbed the Mayweverse, and the pitch was all about Floyd Mayweather himself.

“Mister I don’t lose at nothin is back, and if you in the NFT world, and you betting on me, you will never lose,” said Mayweather.

Despite the boxer’s claims, Mayweather’s track record in crypto is anything but a success story.

Mayweather and crypto first crossed paths when Mayweather promoted the Centra Tech initial coin offering (ICO) in 2018. For his part in the scam project, Mayweather received a $100,000 fine. It could be argued that Mayweather got off lightly on that occasion. For orchestrating the Centra Tech scam crypto debit card, founder Sam Sharma was sentenced to 8 years in prison.

Around that time Mayweather also participated in the promotion of other dubious ICOs including HubiiNetwork and STOX. When the SEC caught up with and cornered Mayweather they discovered that the boxer had profited $300,000 from the promotion of these three projects.

The ensuing fight between the SEC and Mayweather wasn’t even close. The SEC hooked Mayweather’s $300,000 profit, then rocked him with a punishing $300,000 fine, and offered a final stinging blow in the form of a $14,775 interest repayment. In total, the SEC took $614,775 from the sportsman before he hit the canvas.

In a final insult to injury, the SEC banned Mayweather from promoting securities for a period of three years. In the battle between the SEC and Floyd Mayweather, the record stands at 3-0 in favor of the bean-counters, while Mister ‘I don’t lose at nothin’ got smashed.

Never throw in the towel

Floyd Mayweather may have enjoyed little success in his early crypto endeavors, the boxer is now comfortably out from the shadow of his previous SEC ban. The boxer now seems determined to prove he’s not afraid of going toe-to-toe with authorities again.

In 2021 Mayweather promoted Ethereum MAX alongside Kim Kardashian. The two are now facing a class action lawsuit for their efforts.

Mayweather has since gone on to shill a string of NFT projects including Bored Bunny, Bored Bad Bunny (the sequel), and Floyd’s World NFT. The final of these, Floyd’s World NFT, helped him to rake in $4.9 million. The ordinary people who backed these NFT projects were less fortunate, as all of the projects amounted to nothing.

Now that Floyd Mayweather is promoting his latest crypto wheeze, the only remaining question is how long will it take before his greatest nemesis, the SEC, decides to dust off their gloves, step into the ring, and go another round.