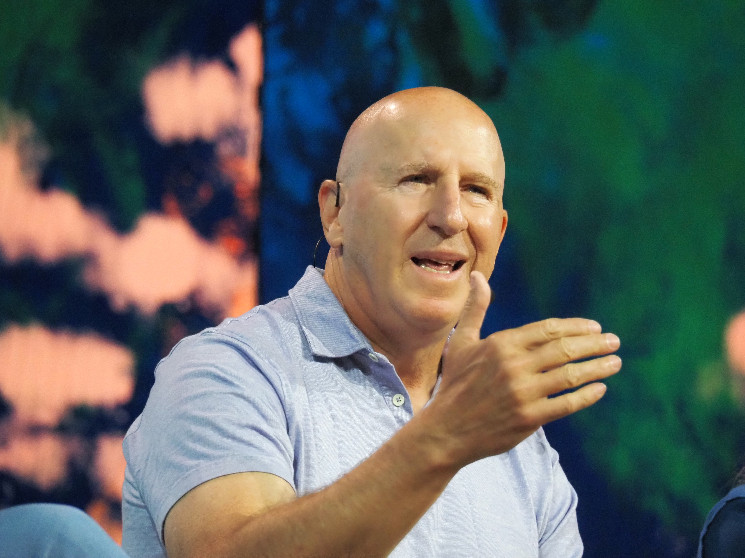 Core Scientific, which currently has the highest hashrate among publicly traded bitcoin miners, just lowered its 2022 outlook, saying it would take the more conservative approach to growing the company because of market volatility.

In announcing disappointing first quarter earnings earlier on Thursday, the miner lowered its 2022 hashrate guidance to 30-32 exahash per second (EH/s) from its previous outlook of 40-42 EH/s, and now sees total power of about 1 gigawatt versus previous guidance of between 1.2 and 1.3 gigawatt (GW).

“We would characterize it as an appropriately conservative approach to growth, making sure we have the money to do what we say we’re going to do,” CEO Mike Levitt said during the earnings conference call. “We remained very comfortable with our ability to internally fund our growth to approximately one gigawatt,” he added.

Levitt noted that his company could still decide to expand beyond the one gigawatt of power capacity, but would only do so if capital is available on “compelling terms,” either from the markets or through pre-funding by its customers.

“Despite a very challenging environment, we are sufficiently capitalized to achieve our 2022 objectives, and we have the ability to exceed those objectives, should it make sense to do so,” Levitt said during the call.

Levitt also said that the company is not interested in issuing equity at these market conditions and may sell some of its mined coins this year. “We will continue to do everything in our power to maintain a stable strong financial position and continue to invest in our growth,” Levitt said. “We currently hold over 10,000 self mined Bitcoins. That said, we have sold digital assets this year and we expect that will continue to be the case,” he added.

The comments align with peers such as Riot which has already started selling its mined bitcoins and Marathon, which recently said it might start to do so.

Investors reacted favorably to Core Scientific’s new approach as Core’s share price rose in after-hours trading, even after the company cut its 2022 guidance and missed first quarter estimates for revenues and adjusted EBITDA. However, both metrics were up multiple-fold year-over-year.

During the conference call, Core’s Levitt said customer demand continues to be strong for its colocation services, and that the miner is still engaged in a number of conversations. However, he added that customers must bring in capital to fund their orders or Core would not include them as customers.

The lack of capital has become a bigger issue for the miner, more so now than before, given the recent crash in crypto currency market, and investors becoming more risk averse. Crypto-linked stocks are tumbling along with broader equity markets as investors hit the sell button on almost all asset classes amid surging inflation, recessionary fears and geopolitical unrest.

“The capital markets are challenging for many in our industry,” Levitt said. “There are a number of folks that have commitments that were dependent upon their being able to raise additional capital, and they’re finding it challenging to raise that capital,” he added.

These market dynamics, though, have helped create some possible M&A opportunities because of the company’s size and funding, Levitt said. “We believe we’re well positioned for continued growth and to take advantage of new opportunities that may come our way in this type of environment,” he said, adding: “We’re starting already to have to be approached, frankly, with opportunities,” although “there’s nothing to talk about today.”