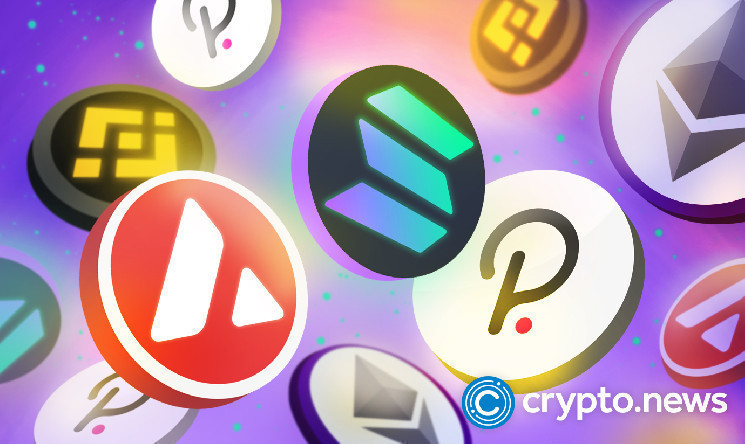 Despite the recovery witnessed in the cryptocurrency markets on Tuesday, investors are still reluctant to enter the market as demand for virtual currencies takes a slump.

Correlation With Other Asset Classes

In the last 24 hours, the global market cap of cryptocurrencies decreased to around $905 billion, with Bitcoin trading at around $20,000. According to Coinmarketcap, the prices of most of the top cryptos fell after surging for a few hours.

A study conducted by Coinbase has revealed that about two-thirds of the recent price decline in cryptocurrencies was due to various factors. Another third was attributed to the weakening outlook for the industry.

The total market cap of cryptocurrencies rose 860% from June 2017 to June 2022. This rise reflects the increasing number of retail and institutional investors in the cryptocurrency industry. Some of the factors that contributed to this are establishing web3’s decentralized identity solutions and developing real assets.

The correlation between the price of bitcoin and the stock market has increased significantly since 2020. While it was relatively uncorrelated during the first decade of its evolution, the relationship between the two has started to change. This move is due to the emergence of the COVID pandemic. It suggests that the market expects crypto assets to integrate more with the financial system.

Today, cryptocurrencies have similar risk profiles to other asset classes such as oil and technology stocks. The concept of beta is a measure of systematic risk that is commonly used for financial assets. A zero beta indicates that the asset is not related to the market. On the other hand, a beta of one indicates the asset is moving in the same direction as the market.

When the stock market goes up or down by 1%, the value of bitcoin or Ethereum increases or decreases by 2%. Since the beginning of 2019, the betas of both bitcoin and Ethereum have increased significantly, at two today from 0 in 2019. They are now more similar to traditional stocks regarding their risk profile.

Bitcoin Fear & Greed Index Remains on the Extreme Side

Ethereum against Bitcoin has remained fairly flat in the last four weeks. Bitcoin’s dominance has also changed much in the past ten days, hovering just above 43%. The monthly chart for ETH-BTC has formed an ascending triangle pattern, making higher lows, and is currently trading at the support levels. The daily RSI is fairly at a healthy level of nearly 50. The next key support for ETH-BTC is expected at the 0.046 level, and the next resistance is at 0.076.

The Fear & Greed Index fell from 19 to 18 today. The decline was caused by a late Bitcoin sell-off, partly due to concerns about a potential recession. However, avoiding a drop below 14 was a positive sign for the bulls.

The latest upward trend can be expected to continue in the Bitcoin Index when the price hits the 25/100 mark, and the Fear zone is broken. The Index was last in this region on May 5, when it was at $36,630.

BTC must break out of the range-bound trading pattern and close above the First Major Resistance Level at $20,827 to challenge the 21,500 level. On the other hand, the coin will need support from the 100 Mini support level to push the price higher.

Meanwhile, the value of the ATOM token has increased significantly since the beginning of July. Its anticipated inclusion in the ThorChain network has also sparked a 42 percent increase in value.

The news about the transition of Cosmos from a traditional to an Interchain Security protocol contributed to the price acceleration of ATOM. This new protocol significantly improves the security of the entire ecosystem.

Since the middle of June, ATOM has been rising. On June 30, it reached its first higher low. It’s currently breaking through a resistance band.