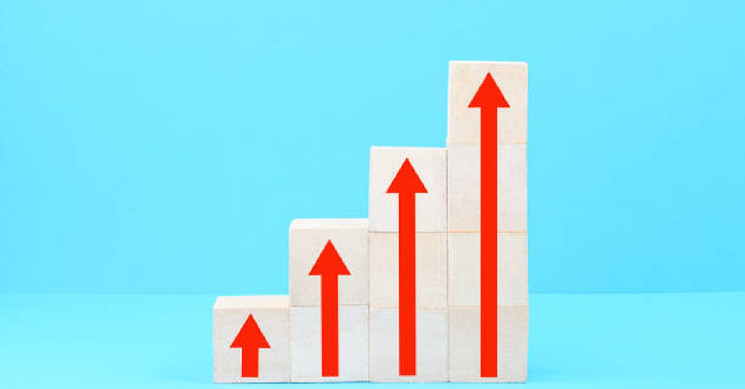 A run in cryptocurrencies pushed the overall market capitalization back above the $2 trillion mark, a level last seen earlier this month before global markets slumped amid the continuing Ukraine war and tighter monetary policy in the West.

Cardano’s ADA led gains among majors with a nearly 7% jump in the past 24 hours. Polkadot’s DOT surged 6.5%, while Ripple’s XRP and Solana’s SOL each increased 5%. Bitcoin climbed above $43,000 at one point overnight, but has pulled back to $42,900 at press time, still ahead 4% for the day.

Bitcoin (BTC) continues to see major resistance at about the $44,500 level, having fallen back from there four times this year.

Staking involves users locking up their tokens to validate transactions on the network, and Stakers have locked up over 10 million ether on the Eth 2.0 deposit contract, as previously reported. Locked ether effectively takes freely-traded ether from the open market while reducing circulating supply, possibly a bullish catalyst for the price.

«Enthusiasm has started to mount again as Ethereum prepares for its long-awaited merge with Beacon chain, completing the protocol’s transition to an energy-efficient Proof of Stake consensus mechanism,” said Will Hamilton, head of trading at Trovio Capital Management, in an email to CoinDesk.

«The reduction in emissions will be combined with a continuation of the Ethereum burn mechanism introduced with EIP-1559, the mechanism which destroys Ethereum correlated with the base fee of each transaction on the network,” he said.

«(This) will radically change the supply dynamics of Ethereum such that total emissions may become deflationary, likely acting as a catalyst for upside price momentum during the second half of 2022,” Hamilton added.