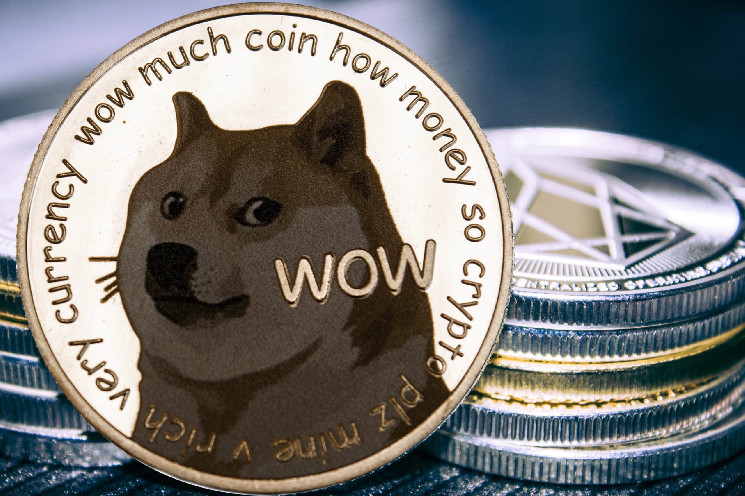 Global crypto exchange, Currency.com data shows that Dogecoin trading activity has significantly cooled off in June compared to May.

A look at the popular ‘meme’ coin’s performance in terms of its price movement also shows DOGE remains vulnerable as suggested by the 3.4% decline recorded in the past 24 hours.

The cryptocurrency is also still 13% in the red over the past 30 days, and more than 90% off its all-time high reached in May last year. DOGE/USD currently trades around $0.07.

Dogecoin, currently ranked 10th among largest cryptocurrencies by market cap, remains one of the most traded crypto assets even as the market battles the bear conditions.

However, trading volumes for the meme coin have fallen quite sharply over this month as risk-off sentiment appears to eat into investor appetite.

According to data shared by Currency.com, DOGE/USD trading volumes had dropped by 51% during the month (as of 27 June 2022).  Number of traders in the pair has also seen a significant decline, with data showing a 57% dip just this month.

Steve Gregory, CEO Currency.com LLC, US, commenting on what this suggests, told Invezz:

This may suggest that traders are seeing a bottom for DOGE and favoring the safety of larger market cap coins like bitcoin (BTC) and ethereum (ETH).”

He added that last week’s BTC options expiration of $2.5B in open interest catalyzed further volatility across crypto. And with weakness across the global equities markets as well amid rising interest rates, another hike by the US Federal Reserve could trigger fresh selling in cryptocurrencies.

“Typically, crypto is the first to sell-off, followed by the wider global equities markets,” the Currency.com CEO noted.

Data from Currency.com also shows that Dogecoin’s cooling in trading activity has pushed it out of the top four most traded coins on the exchange. However, Bitcoin (BTC/USD), Ethereum (ETH/USD) and Litecoin (LTC/USD) are still the most traded cryptocurrencies on the exchange in that order.

According to Currency.com, this is the second consecutive month the three coins have help the top three spots in terms of monthly trading volumes.

Currency.com notes the trend is marked among traders even as weariness hits the market, to suggest further weakness across the industry. But what could help the market on the upside?

With the Ethereum ‘merge’ just a few months away, and a major daily supply drop in ETH issuance, we see these as possible catalysts that pulls the asset class out of its downward trend,”