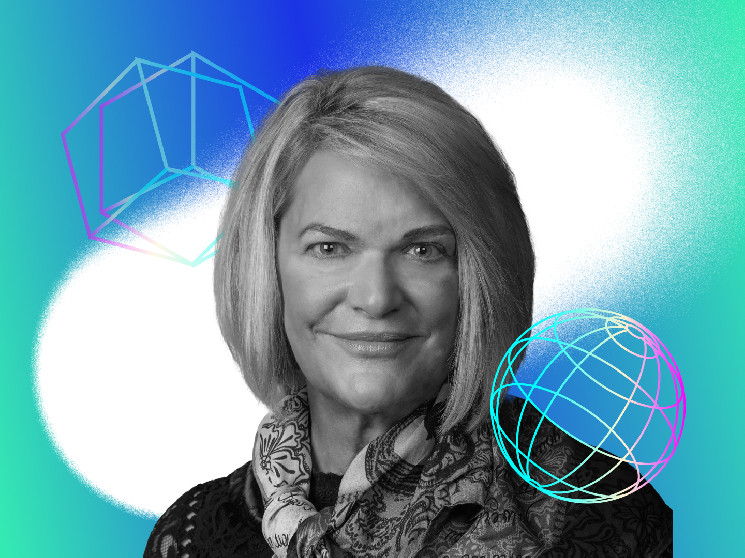 The Republican U.S. senator from holds plenty of bitcoin (BTC) and may be the crypto industry’s most prominent advocate in Congress. Here’s what she’s thinking for 2022.

The lawmaker has spoken at length about lots of issues on the Senate floor during her first year in the chamber, and her vocal advocacy for the cryptocurrency industry separates her from her peers.

This article is part of Road to Consensus, a series highlighting speakers and the big ideas they will discuss at Consensus 2022, CoinDesk’s festival of the year June 9-12 in Austin, Texas. Learn more. It originally appeared in CoinDesk’s Most Influential 2021 series.

Lummis isn’t the only senator advocating crypto, but may have been the first to disclose her ownership in bitcoin from before even being elected. She introduced a bill that would require the U.S. government to treat distributed ledger technology as a developing technology stack on par with artificial intelligence or biotechnology, called for the removal or amending of language addressing crypto brokers in the bipartisan infrastructure bill and launched a caucus focused on digital currencies and related issues.

Now, the lawmaker is eyeing a far larger project: convincing a bipartisan group of senators to take up crypto issues next year.

“We are working … with other members on a comprehensive bill that we will be rolling out; we anticipate that you will see it before the end of this calendar year,” Lummis told CoinDesk in an interview. “We want to put it out as one big draft file so we can start getting input and feedback from people in the industry, the regulated community as well as the regulatory community.”

Lummis is working with Sen. Kyrsten Sinema (D-Ariz.), co-founder of the Financial Innovation Caucus, as well as other lawmakers on a draft of the bill, and she expects to enlist more co-sponsors next year when she introduces different parts of the bill to Congress.

It’s a project Lummis has been building up to for some time.

While Lummis is new to the U.S. Senate, she has had a long career in Wyoming politics. She represented the state in the U.S. House of Representatives from 2009-2017, and she has served as Wyoming’s treasurer and in the state’s House and Senate.

She has also been invested in bitcoin for a while.

She hasn’t changed her viewpoint on bitcoin as an asset class.

“I just buy and hold, and I still do. That is my personal choice and investment strategy with regard to bitcoin,” she said.

According to public records, Lummis holds between $100,000 and $350,000 in bitcoin, and purchased more as recently as this past summer.

The idea of bitcoin as an inflation hedge, an asset that can maintain its value independently of the dollar or the global economy, is appealing, Lummis said last year.

“Going back to my store-of-value means of investing and diversifying, I want to have a diversified asset allocation. I want some assets that produce no income to me, but I can hold as a store of value. For someone my age who has other investments that are more vulnerable to our current economy, I am delighted to have one that seems a little bit decoupled from our current economy,” she told CoinDesk at the time.

The biggest crypto priority for Lummis at present is education, she said. While there is a need for legislation that provides a clear regulatory framework, the biggest issue may just be informing policymakers about the asset class and its technology.

“The challenges still exist to educate members of Congress about digital assets,” Lummis said. “But the need for some statutory framework is growing stronger every day because the advancements in the technology is outstripping the Congress’s ability to really understand and embrace this subject.”

Earlier this year, Sen. Patrick Toomey (R-Pa.), the ranking member on the Banking Committee, solicited feedback from the industry about possible regulations.

Like any bitcoiner who has been down the rabbit hole, Lummis worries she is losing the ability to speak about crypto in a relatable way. When she tries to explain bitcoin to her Senate colleagues, she tends to make it too technical, with wallets, private keys and mining, rather than just explain what bitcoin can do and how it can do it.

“I suspect that I’m getting too far into the weeds,” she said. “I probably need to retool my own thinking about how to engage with people on this subject. We didn’t need to teach people what was going on behind the scenes in credit cards, we just needed to show them you stick it in a device that you swipe or you tap and then you get a bill that itemizes your purchases and you can pay it all in one bill. That’s the simple concept behind a credit card. We need to think of ways that are just as simple to describe the use of cryptocurrencies or digital assets.”

The Financial Innovation Caucus, which Lummis and Sinema started in May, is part of that effort.

The caucus brings in speakers to educate lawmakers, chiefly at the staff level, Lummis said, although some senators have participated in the discussions, as well. Lummis wants to continue the talks next year.

“We’re going to start a series of dinners in January where we can just have both bipartisan [discussions], and in some cases if people want to have more partisan discussions, we can,” she said.

The educational component will also come in the form of speeches on the floor of the Senate, Lummis said, pointing to remarks she made on stablecoins in September.

The goal is to present cryptocurrency as a hedge for investors to protect against financial upheaval or as a tool for underserved communities traditionally locked out of the banking system, rather than as a tool for criminal activity.

“We still hear people talking about cryptocurrency as primarily a criminal enterprise … Nothing could be further from the truth,” she said.

Lummis has already “elevated the conversation” around digital asset regulation, said Albert Forkner, commissioner at the Wyoming Division of Banking.

While holding talks with Congress is one facet of Lummis’s long-term plans, passing bills is another thing altogether. Lummis has already had some success: Amendments she introduced to the Endless Frontier Act, a bill targeted at China’s technology developments, were included in the bill when the Senate passed it earlier this year. The House, however, never took up the measure.

Lummis’ efforts, however, fell short with the infrastructure bill. Lummis joined Toomey to introduce a measure that was supported by senators Ron Wyden (D-Ore.) and Sinema (among others) to amend language in the bill that broadened the definition of a broker for crypto tax reporting purposes.

While the bill’s sponsors – Sinema, Portman, Susan Collins (R-Maine), Mitt Romney (R-Utah) and Joe Manchin (D-W.V.) – didn’t oppose the amendment, it was blocked by Sen. Richard Shelby (R-Ala.) after he was himself blocked from adding an unrelated military funding amendment to the bill.

Lummis has already introduced a bill to try to modify the language before the infrastructure legislation takes effect next year, and she plans to continue to try to change the provision next year. How the crypto industry engages with Congress can have an impact with that effort.

“I can’t speak highly enough of the digital asset industry. During that whole debate, they really came forward, they engaged with their U.S. senators, and they were able to help inform them, and also inform them how significant the digital asset community is,” Lummis said. “And that awareness alone has caused a lot of senators to take the time to learn and engage in this new asset class.”

“If we get heavy-handed about regulation, we can have a dilatory effect on this industry. So finding the sweet spot between having an understandable [framework] on an innovation sandbox for the industry is going to be the key,” she said. “It’s going to be a challenge, because there still are skeptics out there. [They say] that this industry is not ready for primetime, when in fact, it’s more than ready.”

While Lummis’s personal crypto portfolio is solely focused on bitcoin, she has “come to appreciate” newer tools like the Lightning Network as well as stablecoins.

Still, she intends to spend more time learning about CBDCs next year and discussing the topic with other members of Congress.

Lummis also noted the potential harm that can come from scams in the sector and acknowledged the need for consumer protection.

Forkner, the Wyoming bank regulator, said that while his work at the state level doesn’t directly intersect with Lummis’s efforts at the federal level, simply having her as an advocate can help.

“It helps to have an advocate to reach out to federal regulators, especially with the bank regulators, as you saw in her opinion piece,” he said, referring to an article Lummis wrote for the Wall Street Journal.