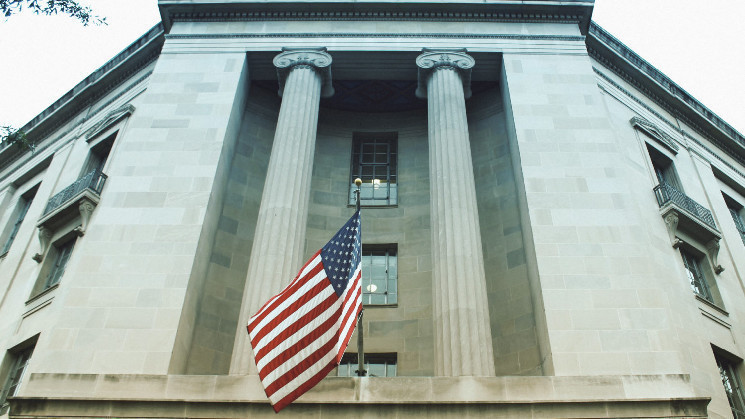 Tuan is accused of selling Baller Ape NFTs on the Solana blockchain and then abruptly ending the project, deleting its website and stealing investors’ money.

«According to the indictment, shortly after the first day Baller Ape Club NFTs were publicly sold, Tuan and his co-conspirators engaged in what is known as a “rug pull,” ending the purported investment project, deleting its website, and stealing the investors’ money,» the DOJ said.

After the so-called rug pull, the DOJ claims that blockchain analytics show the developers laundered investor funds through “chain-hopping.” The practice involves converting coins, moving them across multiple cryptocurrency blockchains and using decentralized cryptocurrency swap services to obscure the movement of the money.

Tuan was charged in the Central District of California.

A trio of other cases announced by the DOJ this week includes one man who allegedly faked relationships with the U.S. government and Apple to prop up his initial coin offering. In another case, a Nevada allegedly held meetings in the Hollywood Hills and traveled with armed guards to woo investors.

Three senior execs of EmpiresX, a cryptocurrency investment platform and unregistered securities offering, are facing charges from the Department of Justice. Founders Emerson Pires and Flavio Goncalves of Brazil, and “head trader” Joshua David Nicholas of Florida, were charged with one count of conspiracy to commit wire fraud and one count of conspiracy to commit securities fraud.

The charges are in connection to an alleged global Ponzi scheme that used cryptocurrency and generated $100 million from investors, according to the DOJ. Pires and Goncalves were also charged with conspiracy to commit international money laundering. The trio is accused of fraudulently promoting EmpiresX and paying earlier investors with cash from later investors in the scheme.

The CEO and founder of Titanium Blockchain Infrastructure Services could also face two decades in prison if convicted. Michael Alan Stollery of California was charged with one count of securities fraud. Stollery is accused of falsifying white papers, planting false testimonials on the project’s website and fabricating relationships with the U.S. Federal Reserve Board, along with companies including Apple and Pfizer.

Meanwhile, the owner of the cryptocurrency investment platform Circle Society is facing criminal charges in a crypto commodities scheme.

David Saffron of Nevada is accused of fraudulently raising $12 million from investors to participate in an unregistered commodity pool. Saffron falsely claimed he used a trading bot that would generate between 500 and 600 percent returns on the amount invested, according to the DOJ. He also misled investors with a seemingly lavish lifestyle.

“To entice investors to invest, Saffron allegedly led investor meetings at luxury homes in the Hollywood Hills and elsewhere, and traveled with a team of armed security guards in order to create the false appearance of wealth and success,” according to the DOJ.

Analysis of the value of Bitcoin, Ethereum and CRO

UK Crypto Fraud Climbs by a Third to Over $270M: Report

Cryptocurrency has become a playground for fraudsters

Analysis of the value of Bitcoin, Ethereum and CRO

UK Crypto Fraud Climbs by a Third to Over $270M: Report

Cryptocurrency has become a playground for fraudsters