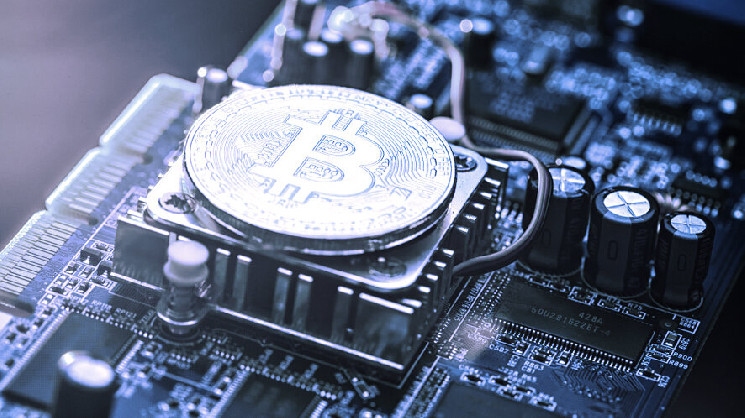 The dominance of public Bitcoin miners over network hash rate has increased more than sixfold in the last 15 months, according to data from Blockchain.com.

“Hash rate” is the rate at which Bitcoin miners generate possible answers for constructing Bitcoin’s next block. Comprising 19% of network hash rate, public miners have a 19% probability of solving new blocks right now.

Yet as public miners’ dominance grows, it hasn’t necessarily translated to a more secure network. Blockchain.com also shows that total network hash rate has stagnated since February. This comes after a swell of Bitcoin miners flooded the network in 2021, bringing hash rate to all-time highs, above 203.5 exahashes per second (EH/s) even after China’s crypto ban. An exahash is 1 quintillion hashes.

Indeed, despite their larger share of the industry, public miners have “continually missed” recent hash rate growth targets. A more likely cause for their increased dominance, according to Arcane, is that many existing private miners simply became public over the past year.

Bitfarms, for instance, went public in June of 2021, and powered 1% of the Bitcoin network at the time. Then Core Scientific, one of North America’s largest Bitcoin miners, went public in January of this year. Boasting a self-mining capacity of 8.2 EH/s, it appeared to have made substantial contributions to public mining after being listed.

Furthermore, public miners’ increased access to capital allows them to expand operations faster than their private counterparts, which they plan to do. There are currently 26 publicly listed Bitcoin mining companies, including Riot Blockchain, Bitfarms and Argo Blockchain.

Despite a range-bound hash rate, network difficulty appears to have reached an all-time high following a 4% adjustment last week. Bitcoin regularly adjusts the difficulty of block creation as hash rate fluctuates, meaning one block is created every 10 minutes on average. After the latest adjustment, production has fallen to 5.93 blocks per hour.