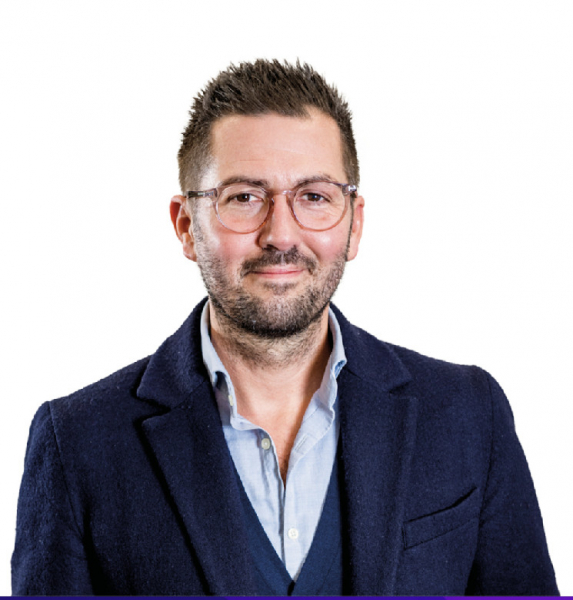 Big banks like the ones who participated in Elwood’s Series A raise – Goldman Sachs (GS), Barclays (BCS) and Commerzbank’s CommerzVentures – need to hold cryptocurrencies at arms length for now, which means not holding the underlying asset itself but gaining exposure via futures and options contracts.

“There’s a huge focus on derivatives,” said Elwood CEO James Stickland in an interview. “It’s a great way for tier one banks to get involved in a synthetic nature without having to hold the underlying. Actually, there are huge margins and spreads to be made in the derivatives space, and the traders that are coming from those institutional houses are very used to that asset class, so they can deploy similar strategies.”

Out of the banks backing Elwood, Goldman is the most advanced, having been among the fist on Wall Street to start trading bitcoin futures. Commerzbank became the first big German bank to move towards hands on crypto adoption, announcing that it had applied earlier this year for a license to custody crypto assets from BaFin, Germany’s Federal Financial Supervisory Authority.

“In the field of digital assets, Commerzbank wants to help shape emerging digital ecosystems, especially with regard to custody and trading in non-physical assets,” a spokesman for the bank told CoinDesk via email. “We are pursuing our own digital asset strategy and are also planning our own offerings for our customers in the coming years. The future offer is initially aimed at institutional customers.”

Barclays is not yet following the likes of Goldman and Citi (C) offering crypto derivatives trading, but has a long history of working with permissioned blockchain tech to handle tokenized financial instruments. Barclays also provided banking services to Coinbase (COIN) for a period of time back in 2019.

Barclays said it could not comment on digital assets specifically, but a spokesperson told CoinDesk via email that the bank was happy to join the round and supports the build-out of regulatory compliant infrastructure for this new asset class.

Elwood’s Stickland said he is a “huge fan of Barclays,” and not just because of the U.K. connection.

“The markets team has been very thoughtful about getting involved in digital assets,” Stickland said. “Getting involved in the infrastructure is the best way to feed the foundations of this asset class. As we evolve the technology and the whole asset group in general, it’s going to be essential that we have players like Barclays involved.”

Elwood’s focus on institutional and synthetic crypto products perhaps stands in contrast to many other crypto trading firms, especially in places like Switzerland, where the current trajectory is towards non-fungible tokens (NFT) and decentralized finance (DeFi).

Given the current climate across crypto markets, a flight to the safety of things like derivatives will attract institutional players, Stickland said.

Looking ahead, murmurs of a crypto winter are probably premature, Stickland added:

West Virginia Vs. EPA: Good News For Bitcoin, Beyond The Obvious

Web3 Leads to Cybersquatting 2.0: Here’s What Brands Can Do

The Words We Use In Bitcoin: Words, Language, Terminology, and Linguistic Attacks

West Virginia Vs. EPA: Good News For Bitcoin, Beyond The Obvious

Web3 Leads to Cybersquatting 2.0: Here’s What Brands Can Do

The Words We Use In Bitcoin: Words, Language, Terminology, and Linguistic Attacks