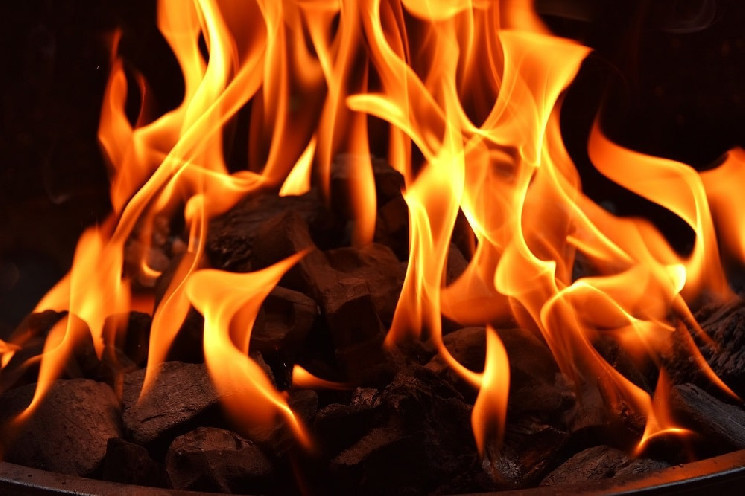 Less than a year after its activation, the Ethereum Improvement Proposal-1559 (EIP-1559) has permanently removed nearly $3 billion worth of ETH from circulation.

According to recent data from Ultrasound. money, EIP-1559 has burned a little over 2.5 million ETH, worth $2.8 billion, with an average burn rate of 5.23 ETH per minute. The protocol currently burns approximately 1.8 ETH per minute.

The EIP-1559 is one of the five proposals that came with Ethereum’s blockchain upgrade, “London Hard Fork,” which took place in August last year.

EIP-1559 introduced a fee-burning mechanism to the network. As a result, a small number of fees known as “base fees” are paid in ETH by Ethereum users so that their transactions can be processed.

By burning part of the base fees daily, EIP-1559 aims to reduce the supply of ETH, potentially spurring the asset’s price growth.

Up Next: Ethereum Merge

Following Ethereum’s London hard fork, the next in line is another upgrade dubbed the “Ethereum Merge.”

Ethereum Merge is a major upgrade that will see the network shift from its current consensus mechanism, Proof-of-Work (PoW) to Proof-of-Stake (PoS).

With PoS, Ethereum developers are confident that the outrageous amount of energy used by Ethereum will be drastically reduced, thus making the blockchain eco-friendly.

Just as the London hard fork was postponed several times before its implementation, the Ethereum Merge has also seen a series of postponements. But a few weeks ago, Vitalik Buterin, the co-founder of Ethereum, confirmed that the merger would take place in August 2022. However, if issues arise, the upgrade will be rescheduled to September or October 2022.

As part of preparations for the Merge, Ethereum developers have been testing the upgrade using quotas of the network. How well these tests do on fractions of the network will determine how ready the mainnet is for the upgrade. These tests check for tech problems and bugs and create a clear picture of what the Merge will look like when it finally happens.

At one time, three shadow fork tests were conducted. Shortly after, the potential Ethereum blockchain, Beacon, was run on Ropsten, a public testnet and the test was a success.