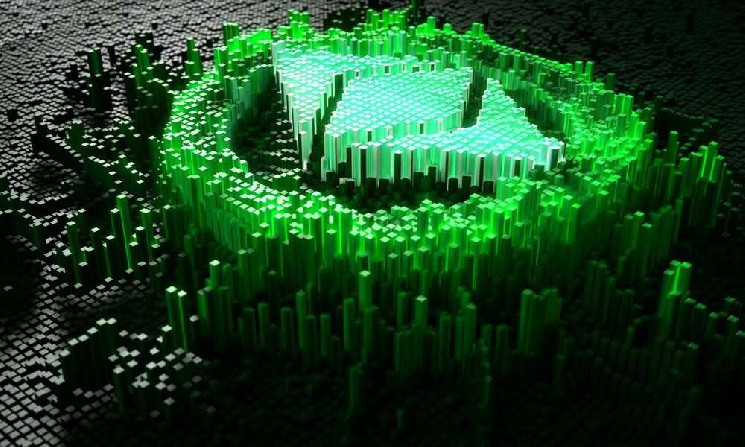 Ethereum Classic saw its hashrate balloon when Ethereum finally moved to a proof of stake mechanism. The miners who were being kicked out of the network and could no longer use their machines had switched to others such as Ethereum Classic and Ravencoin to put their very specific machines to use. At the time, ETC’s hashrate had grown more than 200%, but now the network is seeing its hashrate fall once more.

Ethereum Classic Hashrate Down By Almost 50%

On Sep. 16, the mining hashrate of the Ethereum Classic network reached a new all-time high of 199.4 terahashes per second (TH/s) after climbing steadily for more than a week. With this growth had come more usage on the network, triggering staggering growth in its price.

However, as the Ethereum network has settled into its proof of stake (POS) consensus mechanism, the Ethereum Classic hashrate is correcting downwards. Hashrate is now down almost 50% in the last 3 months to be sitting at 109.3 TH/s on Dec. 22.

The decline can also be attributed to the bear market and the muted interest from investors. Since bitcoin’s price touched below $20,000, all of the cryptocurrencies in the space have seen a similar decline. Ravencoin, another proof of work network that got massive attention following Ethereum’s move to proof of stake, has also seen its hashrate plummet in the last 3 months.

Ravencoin’s hashrate now sits at 9.49 TH/s compared to its Sep. 22, 2022 peak of 17.59 TH/s. Meanwhile, other leading proof of work networks including Litecoin and Dogecoin has seen an increase in mining hashrate, whereas bitcoin remains mostly around 250 exahashes per second (EH/s).

What About ETC Price?

ETC, the native cryptocurrency of the Ethereum Classic network, was basically on a rollercoaster in the three months since Ethereum moved to proof of stake. At first, as the network began to get more attention, ETC’s price had risen drastically. It eventually peaked above $42 before starting another downtrend.

At current prices, the digital asset has lost over 68% of its value from September 2022 and is still very bearish. A lot of attention had also moved on to Dogecoin, a proof-of-work cryptocurrency that saw a surge in price following Elon Musk’s takeover of Twitter.

Obviously, this increase in the price of DOGE had incentivized miners to move over to Dogecoin, eventually taking share from Ethereum Classic. As interest fell, so did the mining hashrate and price naturally followed the same trend.

ETC now sits below its 100-day moving average, which means that investors are expecting lower prices to come. It is trading at $16.41 at the time of this writing, down 11% in the last 7 days.