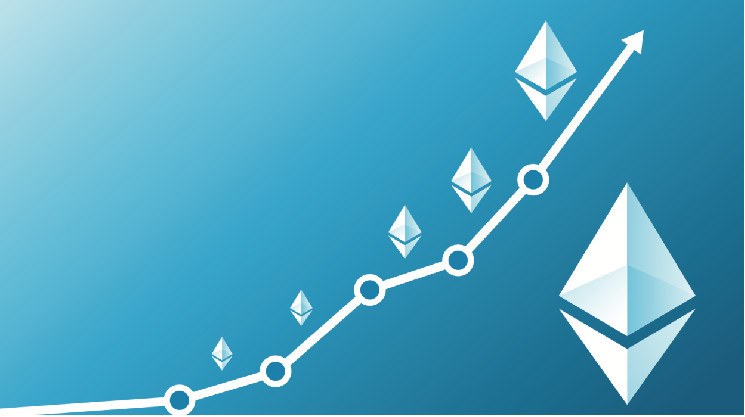 The price of Ethereum (ETH) has continued to trade upwards over the past several days, following a dramatic reversal from the previous low near $1,000 during the last seven days.

Wednesday saw the ETH/USD pair surge to the $1,175 barrier level, recording a clear higher high. As of this writing on Thursday, ETH was trading at $1,218 — an increase of 10.6 percent over the previous week, according to data from Coingecko.

The announcement that Ethereum developers successfully executed The Merge on the Sepolia testnet boosted the price of Ether by 5 percent over the past 24 hours, data show.

Ethereum Gets Some Energy From The Merge

The Merge will facilitate the transition of the Ethereum network to the Proof-of-Stake (PoS) network. Proof-of-stake protocols are a type of consensus mechanism for blockchains that pick validators proportionally to their holdings of the corresponding cryptocurrency. This is performed in order to circumvent the computational expense of proof-of-work techniques.

The second-largest cryptocurrency in the world was subject to intense selling pressure earlier this week. Since early April, the bears have dominated the market fully.

The support at $1,000 has prevented additional Ethereum price declines over the past week. The question now is whether a short-term ascent is possible or not.

In recent months, Ethereum (ETH) and the broader cryptocurrency market have functioned in an environment marked by significant inflation, with the United States Federal Reserve taking steps to implement high interest rates.

As fears of an economic downturn have intensified, riskier assets such as Ethereum have been badly affected, with ETH temporarily dipping below the $1,000 support zone just last month.

Thursday’s Ethereum price analysis is bullish, as money managers anticipate additional gains after consolidation ended and a break above $1,175 occurred. Hence, the ETH/USD pair is anticipated to continue climbing and approach the $1,250 resistance level.

Despite Ethereum’s significant price fall since the beginning of the year, the CoinMarketCap community forecasts that the decentralized currency will trade at an average price of $2,529 on July 31, 2022.

Meanwhile, today’s Ethereum price analysis is positive, as overnight gains above the resistance at $1,175 were sustained. Consequently, ETH/USD will likely continue its ascent and aim for the $1,250 resistance. If this level is breached, we anticipate a highly bullish remainder for July.