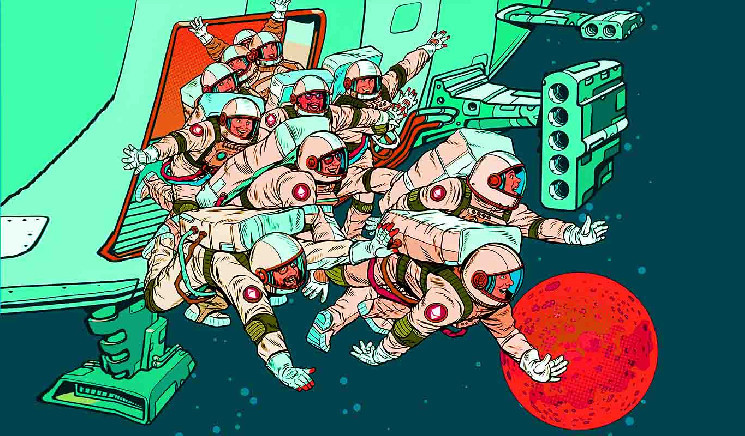 A popular cryptocurrency analyst and trader is saying that Ethereum (ETH) has more upside potential than Bitcoin (BTC).

The crypto analyst pseudonymously named Smart Contracter tells his 194,500 Twitter followers that according to the ETH/BTC chart, the second-largest cryptocurrency by market cap is headed for a rally.

“I think it’s safe to say that is well and truly an ETH/BTC breakout.” 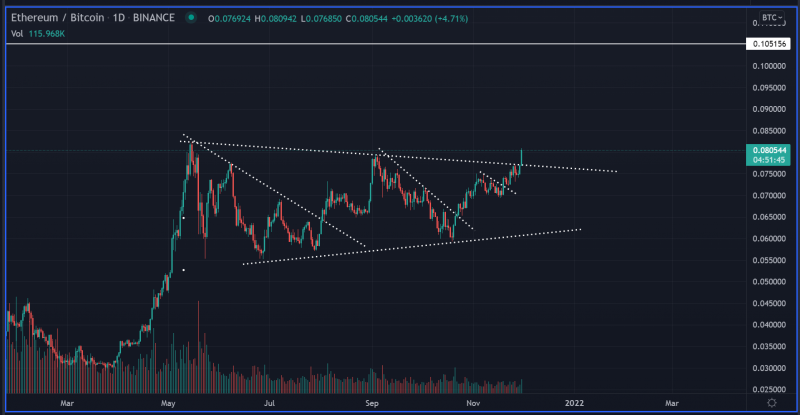 Last month, the crypto analyst said that ETH/BTC surging was a foregone conclusion, and the only question was when it would happen.

“ETH/BTC is still huge IHS [Inverse Head and Shoulders] breakout after a 3-year base.

It may have been somewhat boring the last few months but make no mistake about it, this is re-accumulation in a monster uptrend. 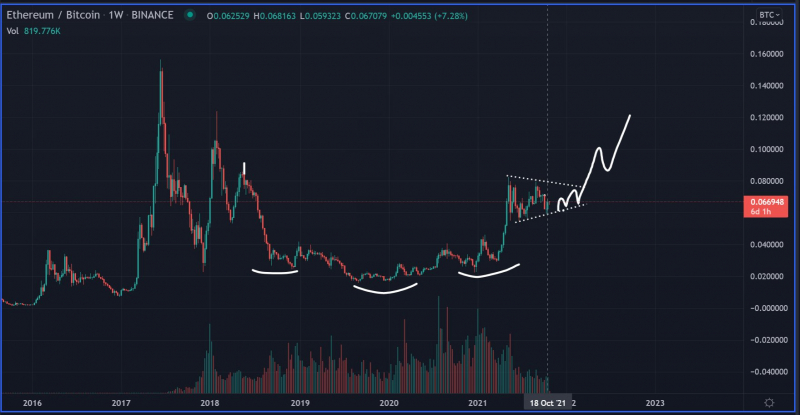 In the case of Bitcoin, the crypto analyst late last month predicted that Bitcoin going below $54,000 momentarily recently was “the low” and the flagship cryptocurrency would at least hit $63,000 “soon.”

“No sign of reversal “just yet” but, we just had our final capitulation volume imo [in my opinion] and I think $BTC is due for a strong bounce up to 63k soon as a worst-case scenario, obviously best-case scenario is a new all-time high.”