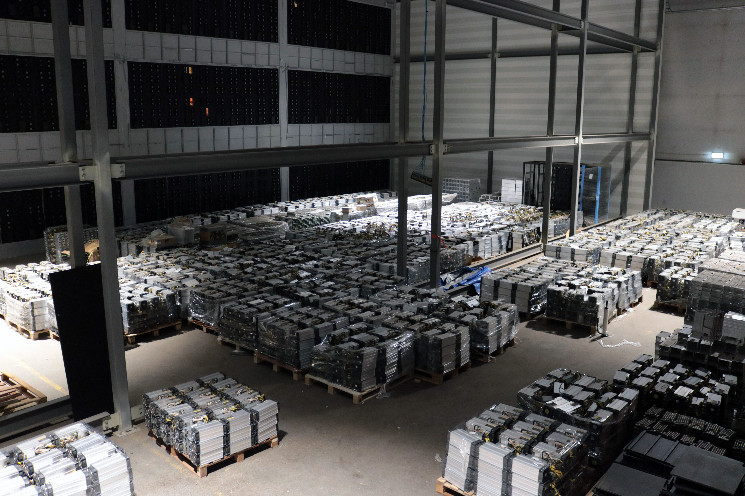 Bitcoin miners operating in northern Norway and Sweden, where they sought refuge from sky-high electricity prices earlier this year, are powering down for the winter as energy tariffs surge.

Just a few months ago, European miners flocked to the continent’s northernmost regions, which have among the cheapest power prices in the world due to abundant hydroelectric power and low demand, as prices across the continent soared. Some even left for the Americas. Now they’re facing record-high prices – and it is only the start of winter, when demand rises for heating.

December electricity prices in northern Norway have averaged 18 U.S. cents per kilowatt hour (kWh) this year, about four times the average of the previous three years, data from the European power exchange Nordpool shows. In Sweden prices are more than three times as high.

“It was a shocking alignment of events,” which squeezed the only available energy surplus in northern Norway and Sweden, pushing up tariffs, said Denis Rusinovich, co-founder of mining firms CMG Cryptocurrency Mining Group and Maverick Group.

Late November was hit by a combination of low temperatures, which increased the demand for power; a distinct lack of wind that hampered power generation in the U.K., Norway, Sweden and Germany; and delays in scheduled nuclear plant maintenance in France, Sweden and Finland exacerbated by pressure on the supply of natural gas due to the conflict in Ukraine, Rusinovich said.

The resulting jump in prices forced miners to turn off their machines to save on power costs. Some had shut down as early as mid-November, Rusinovich said.

“We assess every day what the hourly prices are and if it’s above or below breakeven, then we make a decision whether to switch on or off,” Kjetil Pettersen, CEO of Norway-based Kryptovault, told CoinDesk on Tuesday. “At this moment, our miners are shut off.” Kryptovault relocated to the north of the country earlier this year.

Pettersen said he expects northern Norway power prices to come back down in the first quarter of 2023. Power prices across southern Europe, however, will stay high for 2023, he said.

Miners will remain offline in Europe during the energy crisis as a means of self-preservation, Pettersen said. Whether they can survive without mining revenue depends on their reserve capital and ability to raise more funds, he said.

Also pertinent: their level of debt.

“If you need to reimburse capital, you cannot survive more than a couple of months because you need to repay the debt holders,” said Fiorenzo Manganiello, founder of Switzerland-based Cowa Energy, who also flagged Iceland as a viable option for mining.

Unsustainable leverage has brought several miners in the U.S. to their knees. Large companies such as Core Scientific (CORZ) and Compute North have filed for Chapter 11 bankruptcy protection.

Manganiello sees this as an opportunity to buy distressed assets.

Read more: Miners Take Off for The Great – and More Profitable – North

The Kazakhstan Mining Exodus Has Flipped Bitcoin To Clean-Energy Dominance

New to Crypto Mining? Learn Which Coins You Can Still Mine at Home in 2023

The Kazakhstan Mining Exodus Has Flipped Bitcoin To Clean-Energy Dominance

New to Crypto Mining? Learn Which Coins You Can Still Mine at Home in 2023