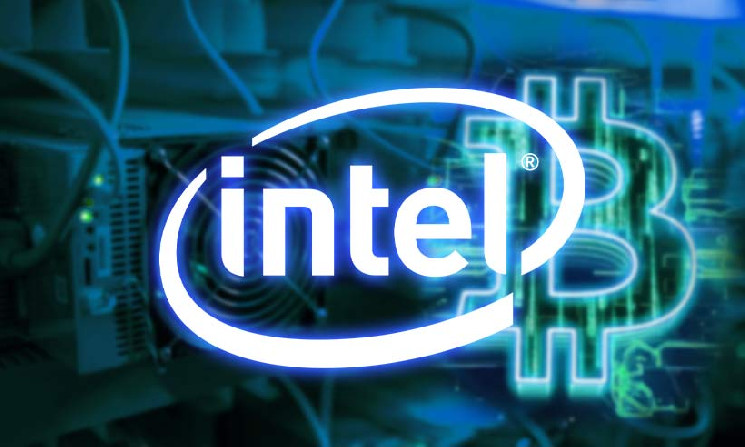 Once upon a time, Bitcoin mining was only an enjoyable pastime for a select group of nerds. In the beginning, all that was needed was a basic computer. The earliest bitcoin miners utilized normal multi-core CPUs to generate BTC at a pace of 50 coins per block in 2009. With a few decent computers lying around, you might have made approximately $5 per day. As a result of the low difficulty of mining (the amount of computer power required), it made sense for hobbyists and cryptocurrency enthusiasts to participate. However, in less than a decade, a lot has changed. Today, if you mined 50 BTC, you’d walk away with more than $23 million. That same geeky «hobby» would have made you several million dollars if it had traded at the current price of roughly $46,000. But things are a bit more complicated. In October 2010, the public was given access to the code for mining bitcoin using GPUs. There was a rise in the need for specialist mining hardware as the difficulty of mining increased. GPUs were able to handle the work. The technological know-how required to mine bitcoin with a single GPU was minimal. Anyone with a few hundred dollars could do it, and the computational needs were still cheap enough to make it viable. As the popularity of cryptocurrencies grew, the mining community developed several innovative concepts for new types of mining equipment. Finally, the miracle of encryption and blockchain-enabled almost anyone to create money. It was an era of everyone quitting their jobs, hooking up a number of reasonably priced mining rigs, and relaxing on the beach with pina Coladas. However, as mining difficulty increased, so did the power needs, making it impossible for the typical home miner to earn any money at all. By June of 2011, field-programmable gate arrays (FPGAs) had become a hot topic. From there on, ASIC systems quickly replaced FPGAs, and Bitcoin transitioned from a hobby to an entire industry. Innovation in the mining sector hasn’t slowed, and even today, more powerful and energy-efficient hardware is being developed. However, it is worthwhile to take a deeper look into the various phases of bitcoin mining hardware.

CPU mining uses a computer’s CPU to mine cryptocurrency. CPUs are present in laptops and desktop computers. Unless you’re reading an article from the early 2010s, you won’t find mention of CPU mining in relation to Bitcoin. However, early bitcoin (BTC) miners successfully mined blocks with their laptop and desktop PCs’ CPUs. This was feasible since there were few miners at the time, and the total hash rate was lower. Less competition means more profit. But as Bitcoin’s popularity grew, so did competition, rendering cheap CPU mining redundant. Some blockchains, including Bytecoin, Zcash, and Monero, contain mining algorithms optimized for CPU mining. This design choice was made to help regular retail miners to compete financially with large-scale institutional miners who dominate mining on other major blockchains. This ensures mining decentralization and is more equitable. However, CPU mining for BTC and many large-cap PoW blockchains are obsolete. In such instances, CPU mining can’t compete with other mining rigs in terms of hash power. CPU mining is measured in kilo hashes per second (kh/s). Most top CPUs achieve 8-20 kh/s, with just a few above that. These figures are dwarfed by other mining rig types.

More people are mining, increasing the competitiveness for mining rewards. Due to this cycle, most large-cap cryptocurrency miners switched from utilizing CPUs to employing graphics processing units (GPUs), which are more efficient and have a higher hash rate than CPUs. The first GPU mining program came out in 2010. While CPU hash rates are measured in kilohashes per second (kh/s), GPU hash rates are measured in megahashes per second (mh/s) (a million hashes). Depending on the GPU’s age and pricing, performance ranges from 10 mh/s to 60 mh/s (as of 2021). A 40 mh/s GPU miner has 2,000 times the hashing power of a 20 kh/s CPU miner. GPU miners beat CPU miners because they can process more operations per second. Furthermore, many miners build mining rigs with 6-12 GPUs apiece, doubling their hashing power. Others have several multi-GPU mining rigs operating, with some home-based businesses having up to 24-48 GPU rigs running. GPUs are not only quicker and more efficient than CPUs, but they can also mine a variety of currencies on multiple blockchains using different mining algorithms. Ether (ETH) is one of the most popular currencies to mine with GPUs as of 2021. With Ethereum moving to PoS, these miners may have to search elsewhere for attractive GPU mining incentives. While GPU mining of BTC swiftly replaced CPU mining, its supremacy was short-lived. By 2015, ASIC miners had taken over Bitcoin mining.

ASIC miners are built to accomplish one thing and one thing only: mine bitcoin. The first ASIC miner was introduced in 2012, and it was 200 times faster than conventional GPU miners. While GPU processing power is normally measured in megahashes per second (mh/s), ASIC mining power is usually measured in terahashes per second (th/s) (a trillion hashes). By 2021, ASIC miners were able to calculate 90-100 th/s, greatly beyond GPU miners. However, ASIC miners have significant drawbacks that have kept them from dominating the crypto mining industry. ASIC miners are costly, costing between $2,000 and $15,000. This is a major expenditure, and reaching break-even is not assured. Buying ASIC miners may be highly rewarding — or very pricey. To be competitive, ASIC mining operations must be done in massive numbers, with warehouses containing hundreds or thousands of ASICs. ASIC rigs and warehouses are expensive and might be affected by market volatility. Furthermore, most ASIC miners are designed to only mine specific coins or algorithms utilized by a subset of cryptocurrencies. An ASIC miner specialized in bitcoin mining employs the SHA-256 algorithm. In fact, while SHA-256 miners may potentially mine coins using various algorithms, they are generally most cost-effectively employed to mine cryptocurrencies such as BTC and Bitcoin Cash (BCH). This peculiarity is why GPU miners still dominate some blockchain applications.

Like GPUs, FPGA miners can be reconfigured to mine a variety of currencies, something most ASIC miners can’t accomplish. The fact that FPGAs can mine several coins or algorithms means that some professional miners believe the FPGA set up to be the best of both worlds. Field-programmable FPGA miners can be modified or updated «in the field» after being delivered to a customer’s desired location. The «gate array» refers to the logic gates that may be configured and optimized (like crypto mining). Depending on the FPGA miner and the currency being mined, performance can range from a few hundred kh/s to over 20 gh/s. FPGA miners may cost anything from 200 to 6,000 dollars. The setup for FPGA mining is not as simple as other crypto mining options; you may need to construct the gate array and the program yourself. You may also download a bitstream or FPGA mining algorithm, which simplifies the setup. However, an FPGA bitstream may charge a developer fee of up to 8% of your recurring profits.

Crypto mining, whether using GPUs, FPGAs, ASICs, or even cloud miners, is vital to the blockchain infrastructure. Despite the rise of Proof-of-Stake blockchain networks that completely avoid mining, the demand for popular mineable currencies and miners seems to be increasing. The most popular ASIC miners are continuously sold out, even on the secondary market. Bitcoin’s and other major PoW blockchain projects’ increasing hash rates show how sought-after crypto mining equipment has become.