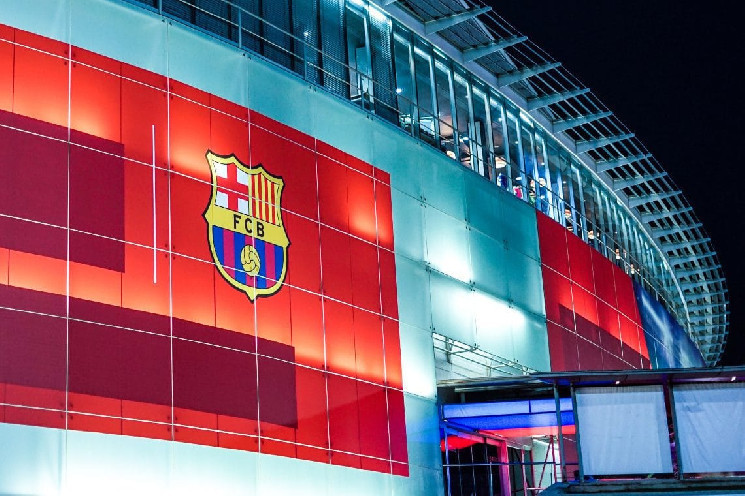 One of the most successful soccer clubs in Europe – FC Barcelona – inked an agreement with the cryptocurrency platform WhiteBIT.

Тhe trading venue will serve as the Official Cryptocurrency Exchange partner of the team until June 2025.

In an official announcement on its website, the soccer giant claimed that the partnership with WhiteBIT will underpin its commercial strategy and consolidate its “international expansion” by remaining a “benchmark both on and off the pitch.”

WhiteBIT and FC Barcelona intend to offer a variety of online and offline activities to bring together crypto participants and soccer fans. The exchange will also collaborate with Barcelona’s handball, basketball, roller hockey, and futsal teams.

The Spanish club revealed that another main target of the initiative is to raise awareness about cryptocurrencies and their merits to the sports community, adding that WhiteBIT’s logo will be visible on the legendary Camp Nou stadium during match days.

Commenting on the matter was Juli Guiu – FC Barcelona Vice president of the Marketing area:

“We are pleased to announce this new partnership, another example of the Club’s commitment to innovation. Additionally, this is a partnership that will help us to continue growing and developing our global commercial expansion strategy, strengthening the Club further while remaining a benchmark in an increasingly competitive field”.

Volodymyr Nosov – CEO of WhiteBIT – described the collaboration between his entity and FC Barcelona as a “significant step for the community as a whole.”

“We dream, and we dream big, hence we’re sure that our cooperation will bring a new experience of using cryptocurrencies, their accessibility, and comprehensibility for everyone. From the very first days, we have been inspired to bring the future closer and set a new level of integration of crypto solutions into our lives,” he added.

The Catalan soccer club jumped on the bandwagon in 2020 by joining forces with the crypto project Chilliz. The partnership aimed to introduce a specific token, ticked BAR.

Barca doubled down on its endeavors last November by signing a global partnership with the NFT marketplace Ownix. Both parties vowed to release digital collectibles representing iconic events from the team’s history, like displaying the record 75 trophies it won in Spain and the 5 UEFA Champions League titles.

A few weeks later, though, Barca terminated its agreement with Ownix as one of the latter’s consultants – Moshe Hogeg – was arrested for several offenses, such as fraud and sexual assault.