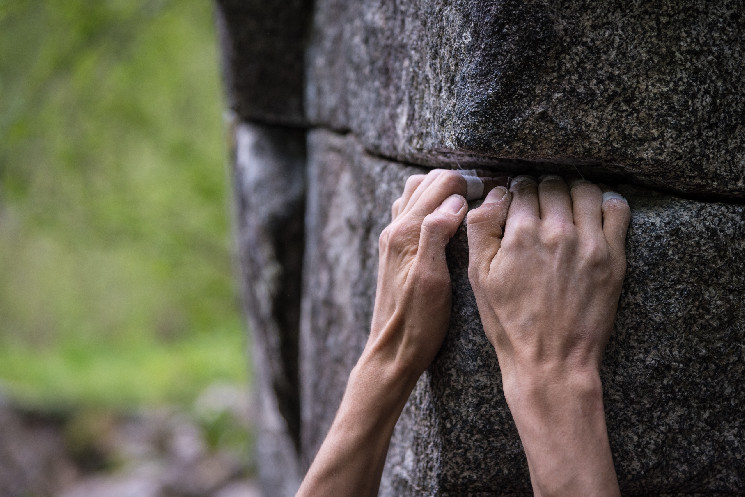 Insights: Central Bank of Indonesia whitepaper on the development of the country’s central bank digital currency (CBDC) envisions a world with a government-sanctioned payment layer.

Bitcoin (BTC) was flat over the past 24 hours, on a day where U.S. stocks sold off. Positive economic data rekindled fears that the Federal Reserve may need to keep tightening monetary policy longer than expected – a trend that has put downward pressure on risky asset prices all year. (Check out Glenn Williams Jr.’s analysis here.)

Messari’s Ryan Selkis, in a 168-page report on his 2023 predictions, wrote the market’s direction is «still all about macro and regulation.»

«The resting market sentiment is that we will have a recession in 2023, with some debate over its potential magnitude. The market also seems to trust that central banks will continue to tighten until inflation is under control. Though contrarian, there are some investors who think it’s more likely that the Fed will pivot once the recession really gets going and accept multi-year high inflation in lieu of a depression or global reserve currency crisis.»

Web3, DeFi at the Center of Indonesian CBDC

The Central Bank of Indonesia’s whitepaper about the development of the country’s Central Bank Digital Currency (CBDC) stands in contrast to China’s: It envisions a world where the government permits, and controls, Web3 and DeFi by providing a government-sanctioned payment layer instead of trying to eliminate it.

Indonesia’s population has fully embraced crypto. Based on data from the Indonesian Commodity Futures Trading Authority (Bappebti), the number of registered crypto accounts hit 16.3 million as of September 2022, with a year-over-year growth rate of 81.6%.

While the Central Bank of Indonesia sees some negative parts to crypto, such as the ability for it to operate as a «shadow central bank,» it knows it needs to work on keeping up, but also not getting in the way either, and with that it’s developing a digital form of the Rupiah known as Project Garuda, Indonesia’s CBDC. At this point, crypto is too big in Indonesia to ban, so why not work with the industry and provide regulated payment layers, the prevailing logic goes.

“[A] CBDC fills the gap left by existing money by acting as the core instrument for central banks to maintain monetary and financial system stability within digital ecosystem,” a whitepaper from the Bank on the CBDC reads.

The bank envisions a market where crypto exists as part of a broader ecosystem, with onramps to and from CBDC. 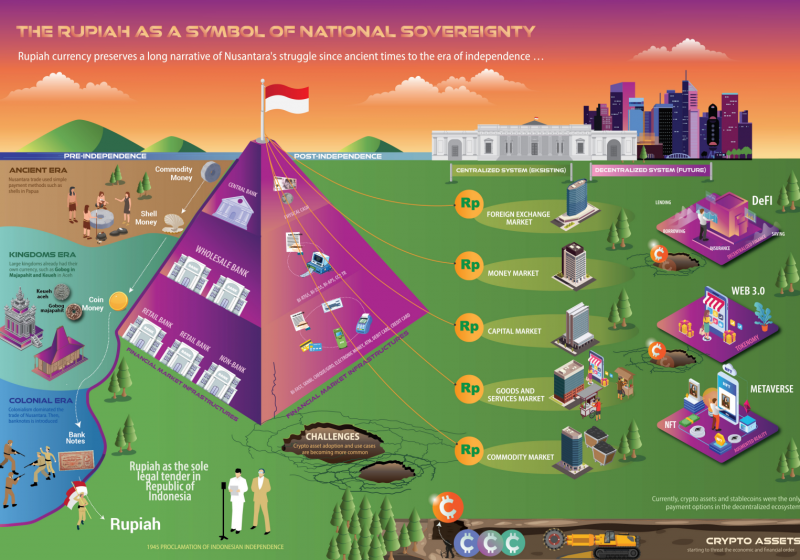 “Activities within the Web 3.0 ecosystem, including crypto asset transactions, also add to the complexity of controlling financial systems, both in the context of mitigating micro-financial and macro-financial risks,” the paper reads. “Central banks would need to find a future-proof solution to maintain public trust in them with regards to carrying out their mandate in the digital era.”

The Indonesian CBDC, according to the whitepaper, will be the method of settlement for traditional and digital ecosystem including DeFi, the metaverse and Web3. Cryptocurrency is fine, the prevailing thought seems to go, provided that a digital form of the Rupiah is the dominant means of settlement.

This stands in contrast to China’s approach. The country has largely banned most kinds of cryptocurrencies and prohibits crypto transactions almost entirely. The People’s Bank of China whitepaper on its CBDC mentions cryptocurrency as a concern but takes particular issue with stablecoins, saying they will bring “risks and challenges” to the global financial system.

But for Indonesia, stablecoins aren’t a problem. The country already has a handful of Rupiah backed stablecoins such as the BIDR, IDRT, or IDK. A big market for these stablecoins is Indonesia’s large diaspora of migrant workers as overseas remittances is a big source of income for the country.

In theory, a CBDC could be swapped for a stablecoin then sent abroad. This method would also have the benefit of allowing authorities to monitor for tax compliance.

Still, all this is a long way from being finalized. “The current whitepaper is still high level and theoretical and plans to be implemented,” Asih Karnengsih, chairwoman of Indonesia Blockchain Association told CoinDesk. “The implementation of the CBDC will take many stakeholders to be involved and the real challenge will be how to invite these stakeholders to join the CBDC system.”

But there are security risks

A CBDC means that the government would have a lot of information on transactions and users. And Indonesia doesn’t have the best record for IT security.

In January 2022, the Central Bank of Indonesia suffered a ransomware attack that resulted in 74.82 GB of data being leaked. A few months later the country’s national electoral commission was hacked, and the personal information of 105 million Indonesian citizens was sold on the dark web. This comes two years after the same department was hacked, resulting in a leak of 2.3 million voter records.

Considering the government’s poor track record of IT security, is it really a good idea to give them so much more information? A CBDC would have details about every transaction a person makes. What price would that fetch on the dark web?