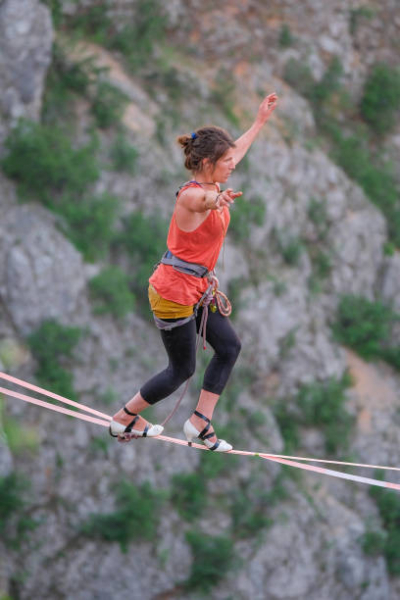 Prices: Bitcoin and other major cryptos rise to break from recent bearishness.

Insights: The environment has grown less favorable for crypto in China and India, although the industry still has some reason for optimism in both countries.

Technician’s take: BTC’s selling pressure has weakened, which could pave the way for a price bounce.

There are no losers in CoinDesk 20 today.

Bitcoin and other major cryptos rise

The world continued to wrestle with rising prices and bad news pouring out Ukraine. But at least bitcoin, ether and other major cryptos had a good Wednesday.

The largest cryptocurrency by market capitalization was recently trading at about $41,100, up over 2% over the past 24 hours after two weeks of almost straight declines. Ether, the second largest crypto by market cap, was trading at about $3,100, up similarly over the same period. Other cryptos in the CoinDesk top 20 were solidly in the green AAVE, GRT and AVAX rising by more than 8% at certain points.

These rices dovetailed with major equity indices, which rose for the trading day, with the tech-heavy Nasdaq climbing over 2%. Gold, a more risk-off asset, was also up.

Crypto trading was light as investors continued to digest the flood of economic data and events that threaten to ignite a global recession.

The fee follows similar moves from Walmart (WMT) and ride-share services Uber and Lyft to help offset gas prices. Those prices have had an accelerated climb since the start of Russia’s aggression in Ukraine and could continue rising as countries supporting Ukraine’s defense look to wean themselves from Russian energy supplies.

Following a visit to Ukraine, the chairmen of three key German parliamentarian committees urged the European Union to halt Russian oil imports as soon as possible, even as the German government has continued to resist such a ban over fears of triggering a recession. Brent crude oil, a widely watched measure of energy prices, rose to nearly $109 per barrel, a roughly 40% increase since the start of the year.

The latest developments damped a few glimmers of hope Tuesday when some economists reported seeing indications that inflation, which has reached a four-decade high of over 8% in the U.S., is topping out.

Crytpo Finance AG head of trading Mike Schwitalla told CoinDesk TV’s First Mover show that the market was consolidating. «it’s a quiet market,» and with the «macro narrative of rising yields, it’s expected, so the market is fading.»

«The people are losing interest,» he said. «You see the media attention is fading.»

Schwitalla described crypto as being in «a normal market cycle. We’re in the broader range of $35,000 to $45,000.» But he warned of «a potential tail risk» if events in Ukraine escalate significantly or other problematic events in crypto or otherwise occur.

A delicate time for crypto in China and India

For all its widening popularity worldwide, cryptocurrency remains in a delicate position in Asia’s two largest countries, which have been so important in the industry’s rapid growth. In recent months, China and India have created a new environment less nurturing for digital assets by tightening regulation. Their authoritarian-leaning governments do not appreciate crypto’s decentralized nature that takes its lead from no one.

Consider this week’s main events. On Wednesday, three major Chinese banking groups – the Internet Financial Association, the China Banking Association and the China Securities Association – announced their desire to «resolutely curb» the tendencies of non-fungible tokens (NFT) to be made into financial products and securitized, and to limit the risk of illegal financial activities related to the tokens.

In a statement, the three associations said NFTs have the potential to promote «the digitalization of industries and digital industrialization,» but warned against financial risks related to hyping the assets, money laundering and other illegal financial activities.

The latest announcement comes amid China’s year-long crackdown on bitcoin mining and trading. “We should be more alert and look for potential risks,” according to a statement posted on a Chinese government website last May, adding that the government wanted to «prevent individual risks from being passed to the whole society.”

China had been the world’s crypto mining leader and its investors had been among the world’s most active. The crackdown ignited an immediate bitcoin price drop – long since recovered – and re-ordering of the mining industry that continues today.

Wednesday’s statement warned that NFTs are not underlying assets like securities or precious metals, and outlined five other guidelines for consumers in considering these assets. The statement also called on consumers to protect themselves by having the «correct consumption concept,» resisting speculative investments and staying away from illegal financing activities.

On April 1, just days after its lower house voted the provision into law, India began imposing a 30% tax on crypto tax transactions that doesn’t allow offsetting gains with losses from other crypto transactions. A subsequent 1% tax deducted at source (TDS) liability will take effect on July 1. Crypto proponents said the measures impede crypto’s progress in the world’s second-largest country by population.

According to crypto research firm Crebaco, which analyzed data from CoinMarketCap and the data firm Nomics, crypto trading volumes on India’s major exchanges have nosedived since the 30% tax went into effect. The declines included a 72% drop on WazirX and 52% fall on ZebPay.

«This has created a new benchmark. It can go further down or sideways but it is unlikely to go back up. It is clear that the new tax has impacted the market negatively,» Crebaco CEO Sidharth Sogani said. «The government must look into this … [B]ecause there is no way to stop this (crypto), the government should embrace the technology.»

Still, not all signs are pointed downward for crypto in the countries.

Despite China’s fight against crypto, major firms and even government bodies have continued to issue NFTs. In October, Ant Group and Tencent, two of China’s biggest tech companies, renamed their NFT products to «digital collectibles,» likely to distance their offerings from NFTs and the associated market hype.

And in India, WazirX founder and CEO Nischal Shetty was optimistic in an interview with CoinDesk shortly after the Indian government passed its crypto tax provisions. Shetty said that the new laws would hurt investors, some of who depended on crypto to survive the pandemic, but he also noted that that discussions were «ongoing with the government,» and that the industry had yet to meet directly with policy makers to make a stronger case for crypto. «Ultimately, technology always emerges, it always wins,» he said.

Bitcoin (BTC) is attempting to break above a short-term downtrend as selling pressure wanes.

The $40,000 support level has maintained its status as the midpoint of the three-month-long price range for BTC. Going forward, buyers will need to make a decisive move above $45,000 to maintain the recovery phase.

BTC was up by as much as 4% over the past 24 hours. Over the past week, however, the cryptocurrency is down 4%.

Immediate resistance is seen at $43,000, which could stall the current upswing in price. Still, buyers could remain active toward stronger resistance at $47,000 and $50,966.

The relative strength index (RSI) on the daily chart is starting to rise from oversold levels, similar to what occurred in late-January and February, which preceded a price bounce.

«Researchers say, that while source code leaks may seem catastrophic, and certainly aren’t good, they typically aren’t the worst-case scenario of a criminal data breach.» (Wired) … «Not enough people are willing to say plainly that we’re in an era of great monetary experimentation. This includes the Federal Reserve’s recent ultra-dovish policy to keep interest rates low, low, low to the adoption of alternative monetary structures like Bitcoin that want to keep monetary issuance steady, predictable and final.» (CoinDesk columnist Daniel Kuhn)

Following the Crash Towards $26K, What’s Next for Bitcoin? (BTC Technical Analysis)

Solana Price reached a STRONG SUPPORT — Should you Buy SOL?

Biggest Movers: LUNA Climbs 1,500% Following Do Kwon Tweets, While AVAX and NEAR Fall on Saturday

Top Crypto Analyst Predicts Massive Price Dive for Cardano, Says One Solana-Based Altcoin Will ‘Go Down to the Basement’

BTC, ETH, XRP, ADA and BNB Price Analysis for May 14

Following the Crash Towards $26K, What’s Next for Bitcoin? (BTC Technical Analysis)

Solana Price reached a STRONG SUPPORT — Should you Buy SOL?

Biggest Movers: LUNA Climbs 1,500% Following Do Kwon Tweets, While AVAX and NEAR Fall on Saturday

Top Crypto Analyst Predicts Massive Price Dive for Cardano, Says One Solana-Based Altcoin Will ‘Go Down to the Basement’

BTC, ETH, XRP, ADA and BNB Price Analysis for May 14