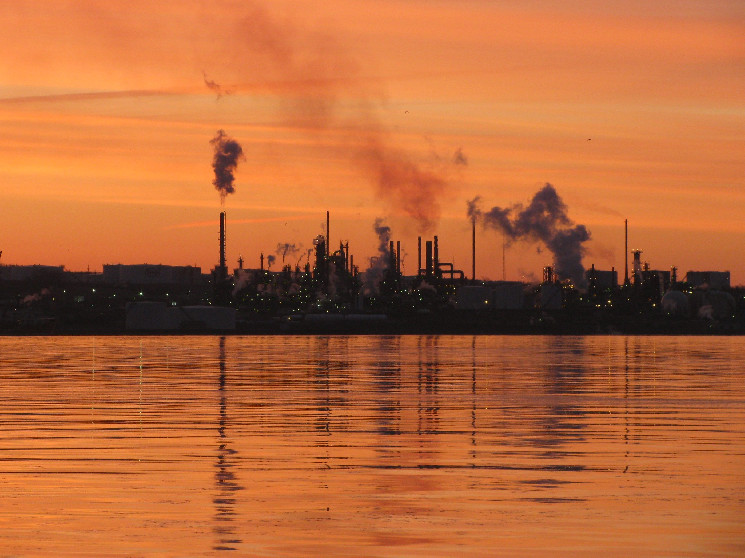 Insights: It’s not uncommon for perceived bad actors in crypto to get banished, only to reappear later in a different role, CoinDesk’s Sam Reynolds reports.

Technician’s take: Selling pressure could fade over the next few days.

Bitcoin (BTC), the largest cryptocurrency by market value, is holding its own as oil prices jump back above $100 a barrel, rekindling inflationary concerns among traditional investors.

The U.S. trading action on Tuesday started off with the monthly U.S. Consumer Price Index report showing that inflation accelerated to 8.5% in March, a fresh four-decade high. The data point assuaged analysts’ concerns that prices might be spiraling out of control, and stocks rose; some economists said inflation might be nearing a peak. Later in the session, rising oil prices appeared to dent the optimism, and stocks ended the day lower.

But as of press time, bitcoin was up slightly, changing hands around $39,600.

The strength was surprising because bitcoin had been down for two straight days, dipping below $40,000 earlier in the week for the first time since mid-March. Bitcoin is seen by some investors as a hedge against inflation, but lately price movements for the 13-year-old cryptocurrency have been increasingly correlated with U.S. stocks.

«A large amount of institutional money that became crypto investors got their start in 2021, and they bought bitcoin between the $30,000 and $40,000 range, which could suggest they may want to buy this dip if they still believe in the long-term outlook,» Edward Moya, a senior analyst for the foreign-exchange brokerage Oanda, wrote Tuesday in an email.

CoinDesk markets analyst Damanick Dantes noted in Tuesday’s Market Wrap column that the bitcoin market is looking surprisingly calm at the moment, given the price plunge earlier in the week.

Even so, traders were looking for news from Shanghai, where a surge in Covid-19 cases has led to lockdowns – and speculating on what the potential economic impact might be.

A big gainer in crypto markets on Tuesday was SHIB, the Shiba Inu-themed meme token inspired by dogecoin (DOGE). The SHIB price surged after the trading platform Robinhood listed the asset – months after speculation surfaced that such a move was in the offing.

Gem.xyz’s Neso Mess Not Yet an Argument for Doxxing DeFi

Non-fungible token (NFT) marketplace Gem.xyz had to unceremoniously oust a developer credited as a co-founder because of allegations that have emerged over past inappropriate behavior and sexual improprieties.

Neso, the person at the center of the controversy, is gone from the team’s roster. The Gem.xyz team maintains that he was an anonymous developer, not a shareholder, and there’s not yet evidence that would withstand court scrutiny to suggest that he’s anyone else.

Whatever work the person behind «Neso» has done to build up the reputation and respect behind the name is now gone. Neso might return under a new pseudonym to try and rebuild and start over. Perhaps, Neso was just that – a fresh start after a prior identity had to be abandoned.

Despite not knowing who Neso is in real life, the corrective measures still worked. They were still found out and ousted from the team, their name now labeled as persona non grata.

Although bad actors might change their nom de web, they always seem to be discovered. Michael Patryn, a serial scammer who was a co-founder of failed Canadian crypto exchange QuadrigaCX, was identified as Sifu, because of the due diligence work of Anon. The corrective measures worked, though Wonderland founder Daniele Sestagalli maintains that while as Sifu, Patryn had done nothing wrong.

If Neso reappears once again, he will be found out and whatever project he’s associated with will need to go through the trouble of distancing itself from him.

Like Neso and Sifu, Mt. Gox’s Mark Karpeles wants a fresh start, in his case with UnGox, a rating agency for crypto. Karpeles – who is against the DeFi culture of anonymity pseudonyms provide – maintains that he’s the man for the job because everything bad that could have happened in the crypto world has happened to him.

But Karpeles is up against a legion of critics. «Imagine trusting Mt. Gox’s Karpeles with anything, especially with crypto ratings» is the consensus on Crypto Twitter.

Ironically, if Karpeles chose to start the new venture under a pseudonym he could let his track record do the work. Not his name. It might be that Karpeles is the guy to rate crypto projects, but with a name like his attached to it his new venture has already been convicted in the court of public opinion.

Bitcoin Attempting to Stabilize Around $40K; Resistance at $43K-$47K

Bitcoin (BTC) returned to above $40,000 on Tuesday as buyers reacted to short-term oversold signals. The cryptocurrency could face additional price swings within its two-month-long range of between $37,500 support and $47,000 resistance.

BTC is down by about 12% over the past week, although technical indicators suggest the pullback could stabilize over the next few days.

The relative strength index (RSI) on the daily chart is near oversold levels, which means buyers could remain active heading into the Asia trading day. Further, positive momentum signals on the weekly chart suggests pullbacks will remain brief this month.

Stronger resistance is seen at $50,966, which could limit an upswing in price.

U.S. consumer prices rose 8.5% in March, hitting a new four-decade high. However, bitcoin’s price dipped briefly below $40,000 before bouncing back above that level. Benoit Bosc of GSR shared his analysis on the crypto markets. Waves founder and lead developer Sasha Ivanov explained why he believes the WAVES price volatility was manipulated. Plus, Chris Giancarlo, the former CFTC chair and current senior counsel at Willkie Farr & Gallagher, offered insights on the prospect of a digital dollar.

«Economists and investors are looking for evidence the inflation surge that started in early 2021 is close to a peak. One possible early sign came from the monthly change in the core index. It rose 0.3% in March from the prior month, the slowest pace in six months, driven by a 3.8% decline in used vehicle prices. Another encouraging sign was that airline fares, hotel prices and other more volatile categories drove much of the price gains for services, while pressure from categories such as housing, which tend to be more persistent, eased,» said Blerina Uruci, U.S. economist at T. Rowe Price Group . (The Wall Street Journal) … «March’s data may represent a high-water mark for inflation, some economists have said. Overall price increases could begin abating in the coming months in part because gasoline prices have come down somewhat – a gallon cost $4.10 on Tuesday, according to AAA. Researchers have been expecting consumers to stop buying so many goods, like cars and appliances, potentially taking pressure off overburdened supply chains and allowing prices for those products to moderate.» (The New York Times)