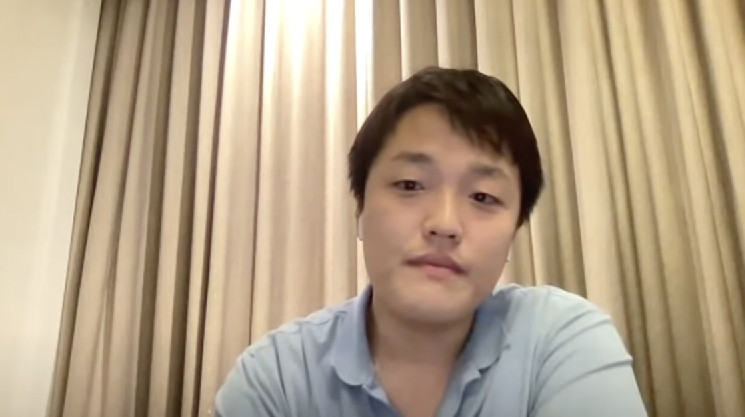 Prices: Bitcoin was trading just under the $40,000 threshold where it started the weekend.

Technician’s take: (Editor’s note: Due to the long holiday weekend, Technician’s Take will not appear. In its place, First Mover Asia is republishing a column by CoinDesk columnist David Z. Morris on Block co-founder Jack Dorsey)

Bitcoin, other major cryptos were flat for the holiday weekend

Bitcoin ended the week perched roughly where it spent much of the past few days, a little above $40,000, and with few signs of a rally.

«Last week we shared concerns around Bitcoin’s ability to maintain upward momentum,» Joe DiPasquale, the CEO of fund manager BitBull Capital, wrote in comments to CoinDesk. «We highlighted $40K as the struggling point on the downside and that has been the state of the market this week.»

The largest cryptocurrency by market capitalization was recently trading at about $39,928, a little down from where it stood 24 hours earlier and about the same as where it started the Good Friday, holiday weekend. Ether, the second largest crypto by market cap, was trading at about $3,026, a level from which it has barely budged since last Monday. Other major cryptos were largely in the red, albeit slightly, although SOL was one of the few exceptions rising about 1%.

Trading over the long weekend was light as investors continue to process rising inflation, the possibility of a recession and the latest developments from Russia’s unprovoked invasion of Ukraine. Markets, which were closed Friday, were down on Thursday with the tech-focused Nasdaq off more than 2% and the S&P 500 falling 1.2%.

Russia pressed forward with its attacks on major Ukraine cities, including the capital Kyiv, and demanded the surrender of the strategic Black Sea port of Mariupol to the Southeast. Ukraine Deputy Prime Minister Iryna Vereshchuk said on Sunday that discussions with Russia about establishing humanitarian corridors for civilians to evacuate major Ukraine cities had broken down.

Joe DiPasquale, the CEO of fund manager BitBull was pessimistic about the coming week, noting that support could form well below $40,000. «Things still don’t look particularly bullish for Bitcoin, and we continue to look for a reaction around $37K,» he wrote. «For any upward move, BTC will need to consolidate around $42K in the coming week – an unlikely scenario in the absence of major news or catalysts.»

Michael Saylor really wants corporations to follow his lead and put bitcoin on the balance sheet. In early 2021 he held a seminar on that topic, and claimed to have an audience of 1400 firms. Having bitcoin in the corporate treasury alongside equities and bonds was supposed to cement the asset class in the history books, and lead to it hitting $6 million.

A year later, corporations don’t seem overly interested. According to CoinGecko’s tracker of public companies there aren’t a lot of new entities that have added crypto to their balance sheet over the last year. The only non-major crypto or payments firm to have it is Tesla. Square has it as it allows its clients to trade crypto, while a few game developers have it as part of a Web 3 gaming push or because they accept crypto as a payment method.

Saylor continues to add it to the MicroStrategy balance sheet, saying in a recent note to investors “Adopting bitcoin as our primary treasury reserve asset set us apart from conventional competitors and elevated our brand.”

But he just can’t convince others to do the same. For listed firms, bitcoin is notoriously difficult to deal with from an accounting perspective. The narrative that bitcoin’s value will hit all-time highs because of corporate faith in it just didn’t materialize.

But in this void, Terra has stepped in with its frequent bitcoin buys which have pushed the Luna Foundation Guard’s (LFG) bitcoin holdings to nearly $1.7 billion and founder Do Kwon has expressed a wish for that number to hit $10 billion. The current total makes Terra/LFG the second largest corporate holder below only MicroStrategy’s $3.9 billion.

Does the market care about this narrative? Not really. The correlation between LFG’s bitcoin buys and the price of bitcoin is weakening; the last few buys didn’t stop bitcoin’s decline. 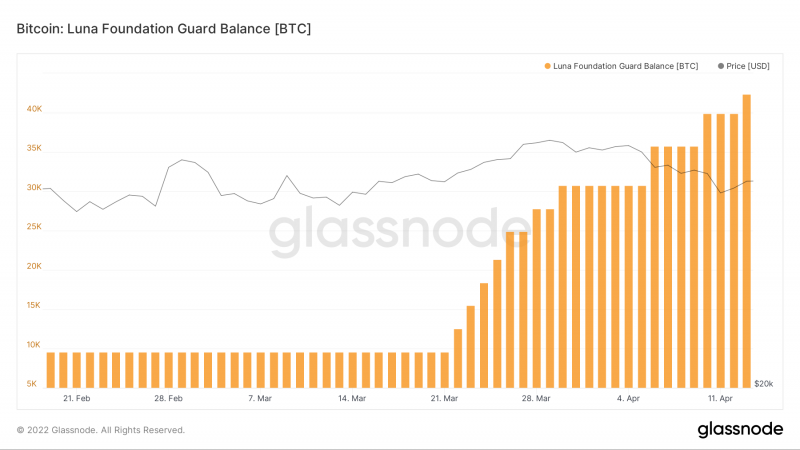 Cryptoquant’s data suggests that institutional interest continues to be strong for crypto, but hedge funds, family offices and high-net-worth individuals aren’t listed corporations. They would have a different investment thesis, and tempo, than what Saylor prescribed for corporations.

LFG’s mandate for buying crypto is also different from what a listed firm would do, and it is important is to look at the scale of the HODLing as well as the tempo.

But LFG isn’t a listed Fortune 500 company, so the market doesn’t apply the same prestige to the purchases as bitcoin continues to stay correlated with equities and decline in value. Which, in turn, is the same logic that tells corporate treasurers that perhaps bitcoin isn’t the best asset for their books.

Last July, payments startup/giant (can you be both?) Square announced that it would be developing a hardware cryptocurrency wallet. The prospect of a wallet designed by the same folks who build the world’s fastest-growing point-of-sale technology promised exciting advances in ease of use and adoption. And that was months before Jack Dorsey flipped the tech world table by resigning from Twitter to focus on Square (now Block) full time, even further upping the stakes.

But, for perhaps the first time in Dorsey’s yearslong flirtation with Bitcoin (“crypto,” not so much), there’s a significant disconnect between his plans and crypto long-timers’ preferences. In a Friday blog post, Block announced that its hardware wallet would make fingerprint identification the primary and default method for users to access their funds. Block does say it will “evaluate additional access methods that customers could opt into.”

At least in the case of consumer goods like cellphones, the motivation for adding biometric access control is usually simple convenience, but the ultimate implications could be dire. Another Web 2.0 holdover, Sam Altman, a former president of Y Combinator, a firm that helps funds tech startups, introduced a token called Worldcoin over the summer of 2021, and critics including Edward Snowden pointed out that the scheme would risk exposing users’ biometric data with potentially severe and permanent consequences for victims. When the ruthless capitalists at the American Enterprise Institute think your plan is anti-social, you know you’re in trouble.

To be fair, the Block plan is different from Worldcoin’s in crucial ways that make it more defensible. In part because the planned wallet is a single-user device, it will be able to create and store its biometric credentials locally, as your phone does. Worldcoin, by contrast, seemed likely to require a centralized database of iris-scan hashes, an absolute five-alarm fire of poor security architecture.

But even local processing and storage is a real risk – ultimately, no local data that can be reached via the internet should ever be considered truly secure. And the literally lifelong consequences of a compromised fingerprint make even the remotest exposure worth seriously interrogating.

Equally worrisome, making a fingerprint the main way of authorizing a crypto wallet could mean less emphasis on private key management. That could introduce an added risk vector for users: if your hardware wallet is the only home of your private keys, and that hardware is controlled by a fingerprint, the risk of losing all your money just went up rather than down.

Block seems well aware of the risks here, based on both the content and timing of the announcement. “We’re aware of limitations [of fingerprint security] we’ll need to design around,” the announcement states. And in the communications business, Fridays are when you drop news you don’t want anyone to pay too much attention to – reporters are largely finishing up their assignments and looking forward to a blissful weekend. So it’s a good bet Block was seeking to minimize blowback here.

All that said, Block is trying to thread an extremely tricky needle, and its current plans deserve a thoughtful rather than knee-jerk response. The announcement post makes clear the priority was to design a wallet that can be used “securely, but with ease,” balancing user experience with safety.

“We don’t want to force new behaviors on customers with a novel interface on the hardware component of the wallet we’re building,” the announcement continues. “Instead, making the mobile application the center of the experience will lead to familiar, intuitive interactions.”

For better or worse, we’re very used to using fingerprint unlocks on smaller devices. So using them makes absolute sense from a Silicon Valley hardware designer’s perspective. The presumption that something should be a mass-market product, ideally usable by even the slowest kids on the bus, is baked into the business models and culture of even relatively agile entities like Block.

The logic also, however, aligns with many calls within the crypto industry to prioritize making user experience better and more intuitive, not just for wallets but also for decentralized exchanges (DEXs) and everything else. The problem, as crypto and security experts including MetaMask’s Taylor Monahan have pointed out, is that a smooth user experience is almost inextricable from security risks. In fact, she specifically cites another “ease-of-use” feature that led people to not save their private keys properly. It’s about a feature of an early version of MyCrypto/MEW, the wallet Monahan built before joining Metamask recently. Specifically, the feature was an automatic download/display of all the wallet information that people apparently forgot to write down pretty often.

Ultimately, there will eventually be crypto products that strike the right balance between security and usability. But frankly, I think companies rushing in that direction now are shortchanging the entire ecosystem by de-emphasizing education. In fact, the assumption that front-end design can make a crypto system just as smooth and effortless to use as a Web 2.0 system may well prove to be fundamentally flawed: The complexity of crypto is inextricable from its decentralization, and methods of “abstracting away” that complexity almost always add new attack surfaces for people who want to take your money.

“Money Reimagined” hosts Sheila Warren and Michael Casey were joined by securities law expert Chris Brummer of Georgetown Law School. They discussed the limits of outdated U.S. securities law and the required rethinking needed for oversight and regulation of the crypto industry. Brummer also shares his ideas for a new disclosure framework for crypto markets.

«Where does this continuing dominance come from, given that the U.S. economy no longer has the commanding position it held for a couple of decades after World War II? The answer is that there are self-reinforcing feedback loops, in which people use dollars because other people use dollars.» (New York Times columnist Paul Krugman) … «Now, with borrowing rates hitting 5% for the first time since 2011, homes may be getting too expensive to keep prices rising so rapidly.» (The Wall Street Journal) … «Battered by high inflation readings and sharp messages from Federal Reserve officials about the need for interest-rate increases, bond prices have tumbled this year at a pace investors have rarely seen.» (The Wall Street Journal)

2022: The Year Extreme Fear Took Over The Crypto Market

Chainlink Price Struggles To Break Above, Can Price Hit 10?

Fantom Surprises With 5% Rally In Last 24 Hours – More Gains Ahead?

Why the Cosmos ATOM 2.0 White Paper Was a ‘Sell the News’ Event

2022: The Year Extreme Fear Took Over The Crypto Market

Chainlink Price Struggles To Break Above, Can Price Hit 10?

Fantom Surprises With 5% Rally In Last 24 Hours – More Gains Ahead?

Why the Cosmos ATOM 2.0 White Paper Was a ‘Sell the News’ Event