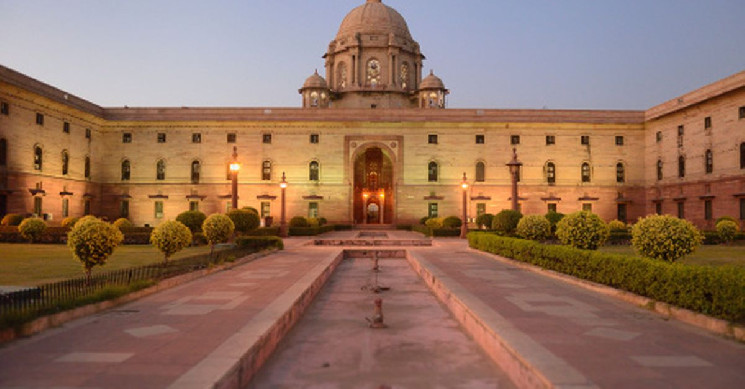 Insights: The India parliament’s expected passage of a finance bill that includes a high crypto tax will end a seven-week debate, but at what cost?

Bitcoin and ether were trading sideways but other major cryptocurrencies continued the largely bullish trend of the past few days.

The largest cryptocurrency by market cap was recently holding above $42,400, roughly where it perched 24 hours ago. Ether, the second-largest crypto by market cap, was about as flat over the same period. Cardano’s ADA and Axie Infinity’s AXS were the stars of the day, each rising about 10%, respectively. Popular meme coins DOGE and SHIB were solidly in the green, as was SAND.

Alternative coin prices veered mostly from equity markets, which lost momentum after a series of increases dating to late last week. The tech-heavy Nasdaq and S&P 500 were both off 1.2%.

While the jump in altcoins seemed to underscore at least a temporary appetite for riskier assets, investors also continue to watch macroeconomic conditions warily and are largely holding a more cautious posture.

The horror images from Ukraine showed no sign of ending as Russia continued its rocket and artillery attacks on major cities, even as it continued to suffer its own massive casualties and loss of equipment. In a statement Wednesday, U.S. Secretary of State Antony Blinken accused the Russian army of war crimes, although he did not mention Russian President Vladimir Putin by name. U.S. President Joe Biden arrived in Brussels to discuss NATO imposing even more severe sanctions against Russia, although Germany Chancellor Olaf Scholz seemed to reaffirm his country’s decision not to boycott Russian energy products during a speech to lawmakers.

Scholz said a boycott could spur the loss of «hundreds of thousands of jobs» and send Germany and Europe as a whole into recession.

He added: «Bitcoin should remain a sideways trade until Wall Street makes up its mind as to whether equities can continue to perform well with all the geopolitical uncertainty at hand.»

Is Parliament’s likely yes vote on a finance bill that contains laws on crypto taxation the end of a saga? Or is it an intermediary step, albeit a big one, until India develops its own central bank digital currency (CBDC), or even beyond?

Whatever the answer, India is reckoning with the fledgling industry’s rapid growth. The country is finding, as others are worldwide, that there are no blueprints in how to regulate crypto without hamstringing the innovation that makes it special or enraging its growing number of investors and advocates.

Crypto has created its own category.

It has presented legislators in India and other countries where developers and investors have established a toehold with new challenges.

India Prime Minister Narendra Modi’s government seems to have adopted deterrence at least until the digital rupee arrives as the cornerstone of the country’s crypto policy. The passing of the finance bill without reducing crypto taxes, which is expected later Thursday, offers yet another example of India’s uncompromising stance against crypto.

On Feb. 1, India announced the stiff crypto taxation proposals – a 30% capital gains tax, a 1% tax deducted at source (TDS), no offsetting of losses, and taxation of gifts – along with its plans to launch a CBDC by the end of the financial year 2022-23. Since then, the industry had pleaded with the government to tone down its taxation policy, particularly the 1% TDS.

Among their criticisms, crypto advocates have said the law will cost India some of its brightest technology minds.

This report published Tuesday supported their criticism, saying there were signs of a brain drain that was likely to worsen once the bill becomes law.

India has viewed crypto suspiciously as it has become more popular. In April 2018, the India central bank effectively prohibited banks from supporting or engaging in crypto transactions, although the Supreme Court overturned the ban two years later.

As prices started to climb in late 2020 and early 2021, the government softened its stance. Proposed crypto-specific regulation evolved from prohibiting “all private cryptocurrencies in India” while allowing “for certain exceptions to promote the underlying technology of cryptocurrency and its uses,” to enabling cryptocurrency to be used as an asset but banning its use as currency or payment.

In announcing the finance bill, the government didn’t introduce this crypto specific regulation. Instead, it said it was seeking global consensus to frame regulation.

Meanwhile, reports suggested that the central bank and the Securities and Exchange Board of India (SEBI), which regulates markets, would punish violaters of crypto regulation with non-bailable warrant and/or fines and jail time.

The biggest signpost for what’s to happen over the next few days is the opinion of the man who was responsible for the government’s first position on cryptocurrencies in the form of a report.

Whatever is to come, some policy experts believe Indians have a penchant for managing or making duo or coming up with the craziest solutions to the darkest circumstances. They even have a word for it – jugaad!

Bitcoin (BTC) pullbacks have been limited during the Asia trading day, suggesting that buyers could remain active above the $40,000 support level. There is room for additional upside, although resistance at $46,700 could stall the price bounce.

Bitcoin’s trading volume remains low relative to prior highs, although a decisive breakout above $46,000 could encourage additional buying activity. For now, BTC remains in a month-long trading range and is attempting to reverse a four-month long downtrend.

Elsewhere, the recent outperformance in alternative cryptocurrencies (altcoins) such as ether (ETH) relative to bitcoin indicates bullish sentiment among traders. That means higher trading ranges are expected over the short term.

«Billions of people making their own decisions as to how they spend their time, energy and resources are the best way to allocate the world’s time, energy and resources. Bitcoin and Ethereum are tremendous new technologies that offer unparalleled opportunities to improve this allocation.» (entrepreneur Eric Seal for CoinDesk) … «I want to do everything I can in my power to stop this war. But it doesn’t make a lot of sense. The average crypto user who’s using some kind of centralized exchange, they’re not likely to be one of Putin’s oligarchs or to benefit from this conflict.» (Dmitry Buterin in CoinDesk Q&A) … “I have made a decision to implement in the shortest possible time a set of measures to switch payments for … our natural gas supplied to the so-called unfriendly countries to Russian rubles.» (Vladimir Putin via The New York Times)

Markets: Bitcoin price falls below US$19,000, ETH down, XRP continues to rise

First Mover Asia: Bitcoin Sticks Near $19K; the Most ‘Profitable’ Mining GPU Makes You Back Your Money in Three Years

Chiliz Price Analysis: Will CHZ Bulls Sustain at the Verge of the Consolidation Phase or Get Distributed?

Michael Burry Warns Of «Permanent Decline» In A Dire Warning

XRP Price Analysis: When will XRP Crypto Recover above $1.00?

Markets: Bitcoin price falls below US$19,000, ETH down, XRP continues to rise

First Mover Asia: Bitcoin Sticks Near $19K; the Most ‘Profitable’ Mining GPU Makes You Back Your Money in Three Years

Chiliz Price Analysis: Will CHZ Bulls Sustain at the Verge of the Consolidation Phase or Get Distributed?

Michael Burry Warns Of «Permanent Decline» In A Dire Warning

XRP Price Analysis: When will XRP Crypto Recover above $1.00?