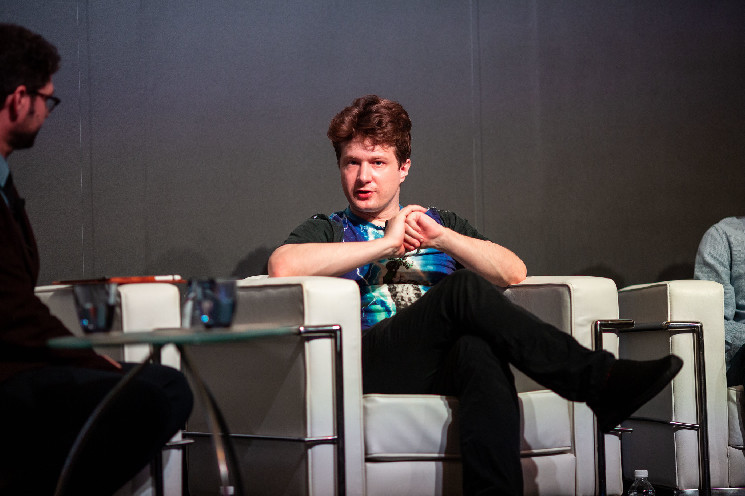 Former Ethereum developer Virgil Griffith is set to face sentencing in a New York courthouse on April 12 after pleading guilty to one count of conspiracy to violate international sanctions against North Korea last September.

Griffith was arrested in November 2019 after giving a presentation on cryptocurrency and blockchain technology in Pyongyang, the capital of the Democratic People’s Republic of Korea (DPRK), in April of that year.

U.S. prosecutors accused Griffith of teaching North Koreans how to evade sanctions – a violation of the International Emergency Economic Powers Act (IEEPA). Griffith’s plea deal could see him serve between 63 and 78 months in prison (approximately 5 to 6 1/2 years). The government has also asked the judge to fine Griffith up to $1,000,000 to deter him and others from “similar conduct in the future.”

Though the potential sentence is a hefty one, it is a fraction of the maximum sentence of 20 years Griffith could have faced if he chose to take his chances with a jury trial. Griffith’s lawyers have asked the court to consider a more lenient sentence of two years, with credit for time served in jail, and a period of three years’ supervised release, including 270 days of home detention.

Griffith’s guilty plea, which was entered the morning his trial was slated to start, came as a surprise to many following the case. Griffith’s attorneys have not commented publicly on their client’s decision to plead guilty at the eleventh hour, but some have speculated that a host of pandemic-related setbacks and mounting evidence against Griffith led the former developer to take the government’s deal.

Neither Griffith nor the government dispute the facts of the case: Griffith has always admitted to his trip to Pyongyang, informing the U.S. State Department of his plans to go (and ignoring warnings from U.S. officials not to) months before his departure. The prosecution even had footage of Griffith’s presentation from the conference.

Instead, it is Griffith’s intent and impact in traveling to North Korea that will be weighed by the court.

In a sentencing submission to the court, nearly 40 of Griffith’s friends, family members and former colleagues wrote letters to U.S. District Judge Kevin Castel of the Southern District of New York.

Their letters painted a picture of Griffith as a generous and gentle soul, who “sees the good in everyone” – optimism which pushed him to travel to North Korea to share his knowledge of blockchain technology.

Ethereum co-founder Vitalik Buterin was one of those who wrote on behalf of Griffith, detailing his seven-year friendship with the former Ethereum Foundation employee.

In his letter, Buterin wrote that Griffith’s nature “left a lasting legacy in the Ethereum Foundation and the wider community” as well as on Buterin himself.

“His attitudes and actions over the years helped to foster an open-mindedness and an orientation towards cooperation that guide my actions to this day, in a way that was absent from my personality five years ago,” Buterin wrote.

Buterin also told the judge about Griffith’s long-standing curiosity about other cultures, which led him to move to Singapore in 2016 and his work to make Ethereum compatible with Islamic finance law.

This curiosity about other cultures, including North Korea, was also highlighted in a somber letter from Griffith himself to the judge, in which he writes that he “became obsessed with seeing the country before it fell, akin to someone offered the chance to see East Berlin in its final days before the Wall came down.”

The prosecution has given little credence to Griffith’s explanations of the motives behind his trip to Pyongyang.

In a sentencing submission to the court dated March 18, prosecutors urged the court to stick to the sentencing guidelines set out in the plea deal to “promote respect for the law.”

“Teaching our adversaries how to subvert sanctions – which is precisely what the defendant did in this case with North Korea – is gravely serious conduct that jeopardizes the efficacy of the sanctions regime and endangers the public,” prosecutors wrote in the memo.

The document includes dozens of texts and emails between Griffith and other parties in the year preceding his trip, in which he talks about his plans to visit the country to set up an Ethereum node.

Over and over, Griffith remarked to various parties, including his friends and a British tour organizer that traveled to North Korea, that blockchain technology could “let them get around sanctions” and “help them circumvent the current sanctions on them.”

The document also includes a transcript of Griffith’s remarks at the conference, captured by an unnamed witness, as well as photos of Griffith, clad in a traditional-style North Korean suit, writing on a white board, on which “No sanctions!” was written with a smiley face.

“I work for a group called the Ethereum Foundation,” Griffith is reported as saying. “I think the most valuable things we have to offer the DPRK are, number one … blockchain gives you payments that the USA can’t stop.”

Prior to his guilty plea, Griffith’s defense seemed to rest on the limited impact of his presentation and actions in North Korea; specifically, that the information he provided was “publicly known” and “high level general information” not specifically aimed at evading sanctions.

The evidence presented by the prosecution in their sentencing memo seeks to undermine this claim, as well as the defense’s attempt to paint Griffith and his intentions in a positive light.

“Griffith acted to shamelessly violate the law, openly betting on the likelihood that he would receive leniency later,” the prosecution writes. “That corrupt spirit merits deterrence for both Griffith and for similarly situated others.”

Years before Virgil Griffith ever set foot in the DPRK, North Korean hackers had already become a malevolent force in the global crypto scene.

The infamous hacking group Lazarus, widely believed to be sponsored by the North Korean regime, has been implicated in multiple hacks of crypto exchanges, with damages in the hundreds of millions of dollars.

According to research from crypto research firm Chainalysis, North Korean hackers stole over $400 million worth of crypto, mostly Ether, from decentralized exchanges in 2021 alone.