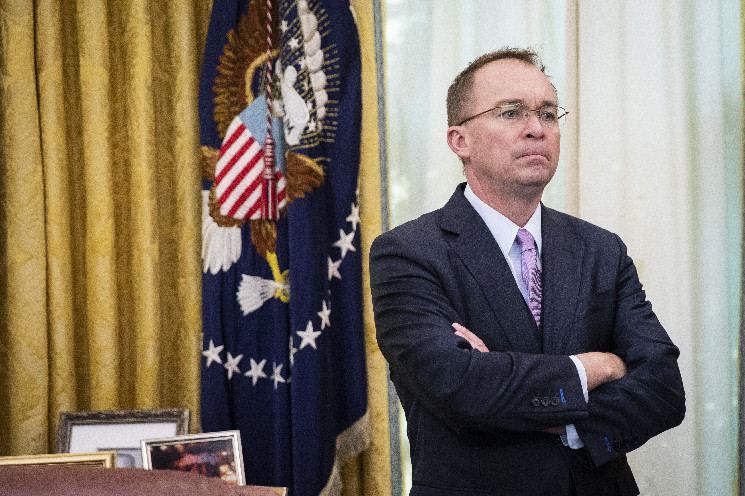 Mick Mulvaney, acting chief of staff under former President Donald Trump, has been hired by Astra Protocol to advise on U.S. strategy in satisfying compliance demands in decentralized finance (DeFi).

Mulvaney, also a former Republican congressman from South Carolina and director of the Office of Management and Budget from February 2017 until March 2020, will work with the Swiss startup as it raises money and works to navigate policy developments. The company aims to offer a “fully decentralized compliance layer” on DeFi contracts to meet anti-money laundering controls required by government watchdogs.

“[Astra’s tooling] brings crypto and blockchain one step closer to being truly mainstream,” Mulvaney said in an interview with CoinDesk. He said he’d love to be able to use crypto the way he does Apple Pay but first it would have to be tied into the mainstream financial system and “that’s only going to happen if you can check all the regulatory boxes.”

Mulvaney, whose list of government jobs also included stints as acting head of the Consumer Financial Protection Bureau and special envoy to Northern Ireland, was involved with founding the Congressional Blockchain Caucus during his time in the House of Representatives, in the early days of the cryptocurrency movement. In 2020, he joined the advisory board of the Chamber of Digital Commerce.

“Adding him as a strategic adviser will enable Astra Protocol to tap into his expertise across a variety of regulatory environments,» said Phil Hogan, the former European Commissioner for Trade who leads Astra’s advisory board, in a statement. He also cited Mulvaney’s “lengthy career both as a policymaker and government official.”

Astra, based in Zurich, Switzerland, recently cleared $9 million in a December raise for its ASTRA token, according to the company. Mulvaney said his first job will be to help the startup secure more funding by connecting the company with people he knows in the capital markets.

As a former U.S. diplomat he had known Hogan, who connected him with Astra, Mulvaney said. He was drawn to what he said represents real blockchain infrastructure in an industry in which “real products” can be scarce. However, he hasn’t yet met with the U.S. agencies likely to oversee the industry, and the company hasn’t received any formal assurance its technology will satisfy laws that protect against money laundering.

“I don’t pretend to understand all the technology. I understand the problems it solves,” Mulvaney said. “If you can solve some of those regulatory problems in advance, then you’ve got a product that’s extraordinarily viable.”

Coingecko Vs. CoinMarketCap, Which is Best Crypto Tracking Platform?

Bitcoiner Jobs Wants To Get You Working Full Time In Bitcoin

The DAO Essentials: What You Need to Know to Start Your Own DAO

A Blessing From Dr. Jordan Peterson At Bitcoin 2022

Coingecko Vs. CoinMarketCap, Which is Best Crypto Tracking Platform?

Bitcoiner Jobs Wants To Get You Working Full Time In Bitcoin

The DAO Essentials: What You Need to Know to Start Your Own DAO

A Blessing From Dr. Jordan Peterson At Bitcoin 2022