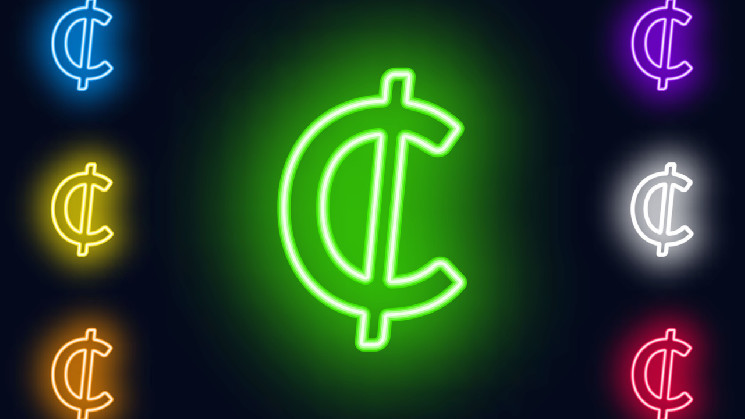 Just a few months after it became the world’s worst-performing currency, the Ghanaian cedi’s exchange rate versus the U.S. dollar bounced back from just over 14 units per dollar on Dec. 1, to 8 units for every dollar by Dec. 16, new data has shown. The currency’s resurgence appears to have been fueled by reports that Ghana has secured a $3 billion loan from the International Monetary Fund (IMF).

Cedi Appreciates by Over 36% in Just Four Days

After tapping an all-time low of more than 14 cedis for every dollar, the Ghanaian currency’s exchange rate versus the U.S. dollar appreciated to 8 cedis per dollar by Dec. 16, the latest data from the Bank of Ghana (BOG) has shown. According to the BOG data, the most rapid recovery occurred between Dec. 12 and Dec. 16 when the cedi appreciated by more than 36%.

As previously reported by Bitcoin.com News in October, shortages of the greenback as well as Ghana’s economic troubles had fueled the cedi’s plunge, which saw it being named the world’s worst-performing currency. At the time, Ghanaian authorities reportedly pinned their hopes on a financial bailout package from the International Monetary Fund (IMF).

According to a report in Al Jazeera, the IMF and Ghanaian government finally agreed on a $3 billion loan package. As part of the Dec. 13 agreement, Ghana will reportedly use the funds to help those most affected by the deteriorating economic conditions, restore financial stability, and get the country’s national debt under control.

The Ghanaian authorities have committed to a wide-ranging economic reform program, which builds on the government’s Post-COVID-19 Program for Economic Growth (PC-PEG) and tackles the deep challenges facing the country.

Roudet added that as part of the agreement, Ghana will initiate structural reforms that will “underpin the fiscal strategy and ensure a durable consolidation.”

Small banks calling for crypto rein in may see their…

Blackrock Ethereum Private Trust: Likely To Be Launched In 2023?

Banks in Russia to Lose $700 Million a Year Due to Digital Ruble, Experts Say

Small banks calling for crypto rein in may see their…

Blackrock Ethereum Private Trust: Likely To Be Launched In 2023?

Banks in Russia to Lose $700 Million a Year Due to Digital Ruble, Experts Say