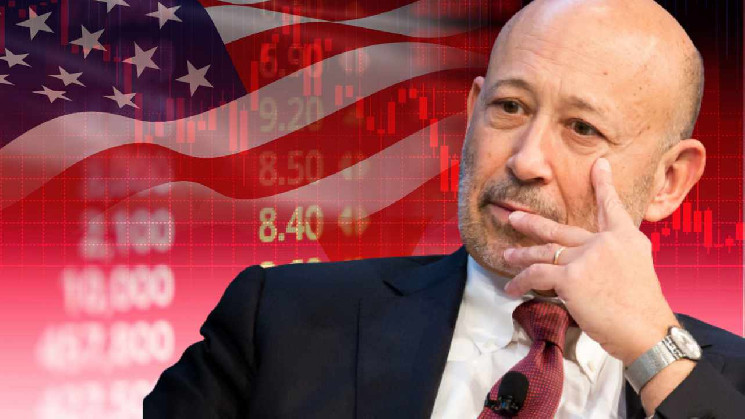 Goldman Sachs Senior Chairman and former CEO Lloyd Blankfein has warned that companies and consumers should prepare for a recession in the U.S. He stressed that it’s a “very, very, high risk.”

Goldman’s Blankfein Warns About a Recession

Lloyd Blankfein, a former Goldman Sachs CEO who is now the firm’s senior chairman, warned about an impending recession in the U.S. in an interview with CBS News, aired Sunday. He stressed that companies and consumers should be prepared for it.

Blankfein served as chairman and chief executive officer of global investment bank Goldman Sachs from 2006 through September 2018. He remained chairman through December 2018 and is now senior chairman of the Goldman Sachs Group.

He was asked, “Do you think we’re headed towards recession?” Blankfein replied:

However, the Goldman Sachs senior chairman explained that a recession is “not baked in the cake,” noting that there’s “a narrow path” to avoid it.

Commenting on the Federal Reserve’s response to inflation, he said, “I think they’re responding well.” He added, “I think the Fed has very powerful tools.”

Blankfein was asked if the Fed is doing what’s needed to control inflation. He replied: “there’s an imbalance, too much demand. And what you have to do is you have to slow down that demand.” The former Goldman CEO elaborated:

“This inflation, some of it is sticky … we have something like 8% inflation. Some of that is transitory [and] will go away. You know, eventually, the war in Ukraine will be over. Some of the supply chain shocks will go away, but some of it will be a little bit stickier and will be with us for a while,” he concluded.

A number of analysts have predicted that the U.S. will be in recession. Deutsche Bank said there will be a major U.S. recession next year. Blankfein’s own investment bank, Goldman Sachs, said the odds of a recession happening in two years is 35%. Furthermore, Bank of America‘s strategist warned in April that a “recession shock” is coming.