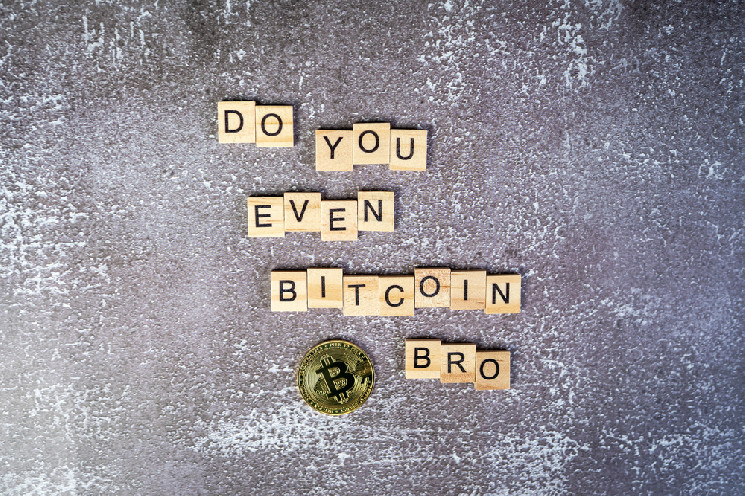 The retail interest in cryptocurrency has been bubbling away for some time now, but over the past couple of years the addition of thousands of altcoins has brought with it mass hype and speculation within the space. The promise of easy gains and widespread FOMO has led to the emergence of a subculture in the space: The crypto bro.

Cryptocurrency’s “bro culture” is a problem that the industry often proliferates with abbreviations and slang terms that seem to feed a subculture of male crypto investors. What initially started out as a way to feel connected with other like-minded people interested in cryptocurrency and the blockchain, has become a phenomenon that both feeds off of and spreads hype. Crypto projects were once side-gigs for people mostly already working in the tech industry, which continues to be male-dominated, however now it has grown to be a mostly boys only club that has attracted swathes of new retail traders.

While there is nothing inherently wrong with a group of people with shared interests in trading crypto, the growth of a toxic bro culture is something that goes against the original values of the blockchain and its claims of providing equal access to all. According to a survey by CNBC in August last year, the number of women in crypto pales in comparison to the number of men in the space, with over 16% of Americans investing in crypto compared to 7% of women. The idea that men are simply better at investing and participating in crypto is a narrative that has been woven into the industry, and fed by an exclusionary mentality.

Terms such as HODL, FOMO, and FUD form part of the vernacular of the Reddit and TikTok crypto subculture, used to build hype or express fear, but ultimately forming part of a whole dictionary of terms that make up the language of the crypto bro. While many retail traders may be familiar with this language, far less are experts when it comes to investing.

Recently, a decentralised autonomous organisation SpiceDAO purchased a copy of Alejandro Jodorowsky’s Dune believing it also gave them the copyright to use the book’s script and illustrations to create NFTs. The confusion cost the DAO $2.66 million at auction — almost 100 times more than its estimated value.

Christie’s sold the copy of the Dune collector item (of which there are 20) to SpiceDAO, with SpiceDAO tweeting at the time:

The only issue with this purchase and SpiceDAO’s intentions to monetise its content is that they assumed they had also purchased the rights to the book alongside the physical copy. Why the DAO would assume this, particularly given the fact that there are 20 other copies, is incomprehensible, however it demonstrates the level of misinformation and FOMO that leads to big money mistakes.

The role of hype and perceived scarcity in this digital space can be likened to the allegory of the Emperor’s new clothes. If enough people buy into a narrative, then the opinion of the masses is enough to combat what the reader knows to be a logical fallacy. Nonetheless, the unwillingness of the dominant force, in this case the crypto bro, to admit they are unwise, keeps them buying into it.

Disclaimer: This article is provided for informational purposes only. It is not offered or intended to be used as legal, tax, investment, financial, or other advice.

In Crypto Winter, Jesse Powell’s Pirate-King Leadership Style Might Be the New Normal

2022 Witnesses a Drop in Crypto Interest

In Crypto Winter, Jesse Powell’s Pirate-King Leadership Style Might Be the New Normal

2022 Witnesses a Drop in Crypto Interest