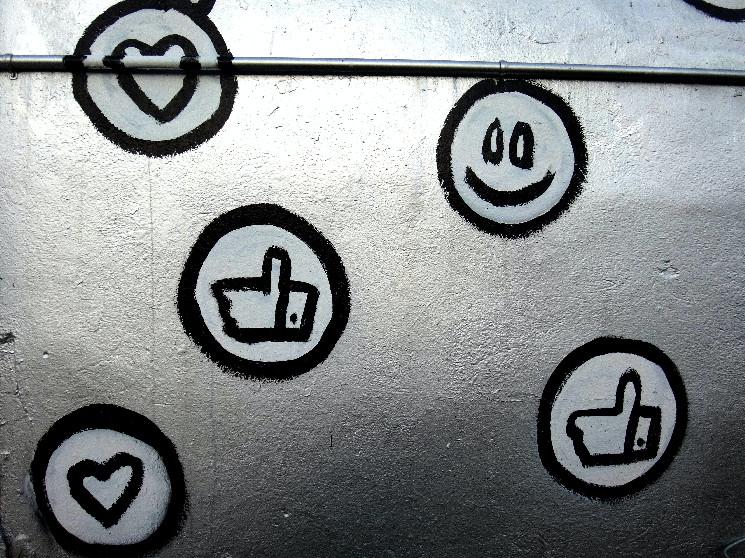 Preston Byrne, a CoinDesk columnist, is a partner in Anderson Kill’s Technology, Media and Distributed Systems Group. A version of this article originally published on Byrne’s website.

I should know: Back in 2014, Casey Kuhlman, Tyler Jackson and I proposed a DAO (decentralized autonomous organization) called “Eris” that was basically a distributed version of Reddit that could run on a blockchain – Ethereum POC 3, to be precise. That project failed for a number of reasons – not least because in 2014 the market couldn’t tell the difference between a smart contract and a Pop Tart – as most decentralized social media projects have and will.

The problems with attempts to “decentralize Facebook” are both technological and legal. For one, decentralized applications rarely scale. Facebook generates over 4 petabytes of data per day. That is simply too much information for any serious number of nodes to bother mirroring. Even federated platforms like Mastodon, which ride the line between decentralized bitcoin and centralized Facebook, run into bottlenecks.

Blockchains solve the problem of censorship at the edges, but are likely too-overbuilt and redundant to manage massive, global communications platforms. Likewise, it’s essential to be able to delete posts – from the inane to the hotheaded – from platforms like Twitter.

Where things get really messy, however, is where technology intersects with the law. Decentralized social media is likely possible, but the form it takes will be shaped by existing statutes, regulations and norms.

Social media companies, as it turns out, are subject to a bevy of regulations. These rules govern the destruction and reporting of illegal content, copyright issues, data protection and mandatory disclosure of subscriber records, among other things. They also vary country by country. All these factors need to be accounted for in any “decentralized” social media application’s design.

One obstacle for decentralized applications is the problem of “unlawful material.”

In the United States and across the world, the most uniformly illegal content is child sexual abuse material – or CSAM, as it is referred to by law enforcement. Despite the fact that the penalties for knowingly hosting this material are extreme, ranging from heavy fines to lengthy terms of imprisonment, the crypto industry’s response to this very longstanding internet problem has more or less been to completely ignore it.

Reddit, Twitter and Facebook, which host user content, take a proactive approach to eliminating this type of illegal material. Federal law requires “electronic communication service providers”– likely including both blockchain node operators as well as traditional, centralized service providers – to remove CSAM on discovery, securely preserve it for 90 days and then destroy it.

Overseas, where there is no such thing as the First Amendment, even broader categories of “unlawful content” exist. See, for example, the German Netzwerkdurchsetzungsgesetz, or “NetzDG,” which requires operators of social media services to register with the government and, after reaching a certain scale, to abide by takedown requests; the French Law no. 2020-766 against hate content on the internet, which imposes fines for failing to remove unlawful content, including “terrorist” content, within one hour of posting; or Section 5 of the Defamation Act 2013 in the United Kingdom, which has a notice-and-takedown procedure for alleged defamation similar to the U.S. DMCA.

Where services like Reddit and Facebook are very responsive to all the above requests and requirements; blockchain-based services, like StorJ or Sia, to my knowledge, have no such controls. They permit the storage of encrypted data without the creation of a subscriber record or the means for the service provider – in this case, the node operator – to ascertain what data is being stored.

It is probable, and I would suggest even likely, that decentralized data storage services are currently being used to host unlawful content, likely without the knowledge of the node operator hosting it. This level of willful blindness would be a complete non-starter for a “decentralized” social media app, which must be designed in such a way that an otherwise law-abiding user can participate in the network while being secure in the knowledge he or she is not violating local law.

So far, no blockchain solution with a storage component even attempts to address this issue. It must be, for nobody will run a node for a decentralized service if doing so risks imprisonment.

Similarly, our intellectual property regime is not well suited to use in decentralized fashion.

Social media node operators – being entities “offering the transmission, routing or providing of connections for digital online communications … of material of the user’s choosing, without modification to the content of the material as sent or received” – are “service providers” for the purposes of the Digital Millennium Copyright Act and publishers under the Copyright Act.

They therefore need to consider their own exposure for hosting material which might give rise to a copyright infringement claim. At minimum, addressing this issue will require a decentralized implementation of the DMCA’s notice-and-takedown procedure for any third party content hosted on a node.

It’s also possible copyright trolls will ravage node operators in repeated bad-faith attempts to extort small dollar settlements. This might result in decentralized applications that do not support images or video – being the types of copyrightable subject matter which is most often used by vexatious copyright enforcement law firms – at all.

It is difficult to speculate what kind of infringements and enforcement one might encounter in a communications medium which does not yet exist. Judging from what we see in Web 2, however, the presence of copyright trolls in Web 3 is a virtual certainty as soon as it becomes profitable for them to be there.

A further issue arises when we consider that a person participating in a decentralized network may, in the course of operating his or her node, acquire large quantities of subscriber data.

Node operators may be seen as “providers of an electronic communication service” for the purposes of the Stored Communications Act and therefore may be required to hand over records on their computers to the government without a warrant – at least, to the extent that those records pertain to third parties that are within a node operator’s possession and control.

Users are unlikely to want to run a network that invites this degree of intrusion into their personal lives. Applications will need to be designed so that they hold as little third-party data as possible on their nodes.

All of the issues identified above share one factor in common: Social media requires a degree of censorship and deletion – not immutable, globally-shared pools of information. Decentralized tech like Bitcoin is designed in such a way as to render deletion impossible or prohibitively expensive. A decentralized Twitter will not, therefore, look anything like Bitcoin.

The need for content removal and moderation – whether due to criminal liability, civil liability or simple usability – will be the single most important factor in the design of any decentralized social media system. At minimum, the centrality of content moderation to the social media user experience means that simply dumping everything on the blockchain, as Bitclout does, and then replicating it across every single node of the network, as Sam Bankman-Fried may want, with on-chain pointers to IPFS for everything else, is simply not going to work.

My hunch is that the first truly successful “decentralized” social media system will not try to be an all-singing, all-dancing world computer but rather will have its users replicate the absolute bare minimum viable information required for the network to function. The “blockchain” piece, if any, should be relegated to providing a register of usernames and associated public keys, and very little else.

It will also likely limit the kind of data users host to plaintext, for the most part. This is a low-liability proposition from the perspective of criminal, copyright and data protection law. It is also much lighter on bandwidth and will be easier to transmit peer to peer.

Video and image hosting, simply due to the sheer quantity of data involved, will likely be outsourced anyway, much as it is now. There are plenty of third-party platforms (Bitchute, Cozy, Odysee) that have lax, but not non-existent, content moderation policies for video content. These could address the gap in the market currently served by establishment outfits like YouTube.

All a decentralized social media system would need to do to serve that content is not block links to those services.

What moderation exists would be up to the users – they could control what content they see by operating their own whitelist/blacklist of third-party content providers (libs could block all the right-leaning sites, and the cons could block all of the lib media, for example). The decentralized system would then become just another source of referral traffic to these websites.

I could be wrong, of course. Some wunderkind somewhere could, as we speak, be writing a 6,000-word blog post on a “Zk-Dork proof-of-shark sharding” social media proposal to be built on some all-singing, all-dancing, Ethereum-like Rube Goldberg machine that will solve all scaling problems by magic. My hunch, however, is that simpler answers are more likely to be the right ones. “Decentralized social media” is likely to be more like RSS than Ethereum.

Whilst this sketch describes an imperfect solution to the censorship debate, an imperfect solution might nonetheless be a sufficient one. Most of the politically motivated “censorship” that occurs on Twitter and Facebook is not of images and videos, but of links to third-party websites, the plain-text expression of wrongthink, and of digital identities themselves (see the unpersoning of Alex Jones).

A solution to the censorship problem likely needs to ensure mainly that text, links and identity are uncensorable – the text and links by being self-hosted and the identity by being immutable. If we frame the problem to that limited set of issues I think a usable version of decentralized Twitter is achievable in the very near future.