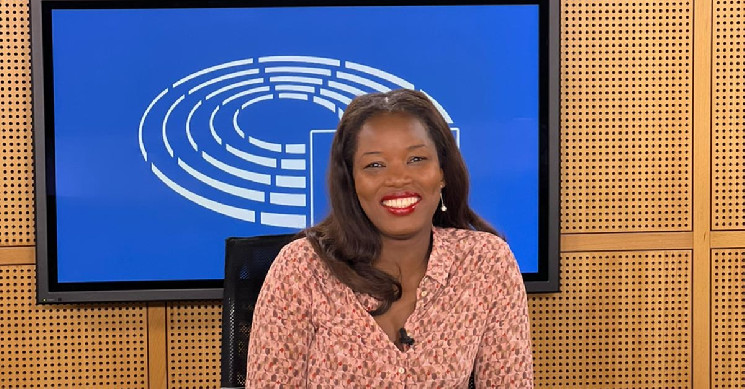 “Bitcoin is cool,” a leading European Union lawmaker told CoinDesk on the day she successfully shepherded out of committee a controversial new proposal some in the industry warn could harm privacy and innovation.

In an exclusive interview, Belgium’s Assita Kanko said she hoped her legislation would bring crypto into the mainstream – but admitted to being “shocked” at some of the reactions to her proposal.

Kanko’s proposal, part of a package of anti-money laundering (AML) legislation voted through by lawmakers Thursday, would require all crypto transactions to identify the participants, just as large bank transfers do. Controversially, it would also include payments made using privately managed unhosted wallets.

The EU’s Council, which is composed of national ministers from EU member nations, will meet the parliament to discuss the provision. In order for Kanko’s law to take effect, both the Council and Parliament must agree on the language as written.

The legislation has been condemned by major industry players including crypto exchange Coinbase (COIN), by lawyers who say undue invasions of privacy could be struck down by EU courts and by rival EU lawmakers who say the AML measure could hamper Europe’s competitiveness because it seeks to discourage blockchain innovation.

On Wednesday, Fabio Panetta, a member of the Executive Board of the European Central Bank, called for less tolerance of cryptocurrencies, which he likened to gambling. Kanko doesn’t appear to agree with that tough line.

“I am more nuanced,” she said. “I don’t think that bitcoin is necessarily bad. But I think that people use bitcoin to do bad things.”

She says she “admires” the innovative mindset of people active in the market – and even cites members of her own family who follow it. But equally, she said, some misuse anonymous payments to finance crimes, citing drugs, prostitution, child pornography and terrorism.

Kanko said she understood those who have legitimate reasons for not wanting the government to snoop into every small purchase they make.

“I totally understand,” she said. “It’s my role as a politician, as a lawmaker, to listen to people, understand the legitimate concerns and take that into account when we make laws.»

But she denies claims, such as from Coinbase CEO Brian Armstrong in a recent tweet, that the legislation constitutes a “crypto surveillance regime,” and is “anti-innovation, anti-privacy and anti-law enforcement.”

“The law is embedded in the existing laws, and your rights will be respected,” she said, citing the bloc’s tough law on data protection, known as the GDPR. “When there is more trust … it will also benefit the crypto world and give more space for innovation.”

The package of proposals is intended to extend anti-money laundering requirements that apply to conventional payments over EUR 1,000 (US$1,114) to the crypto sector. They also mandate that payers and recipients of even the smallest crypto transactions would need to be identified, including for transactions with unhosted or self-hosted wallets. Further measures under discussion could see unregulated crypto exchanges cut off from the conventional financial system.

Kanko said she’s happy to get feedback and talk to the crypto community. She was enthused by a lively debate she took part in Wednesday in the Belgian town of Leuven, just a few miles from the European Parliament’s seat in Brussels, where she describes crypto enthusiasts as warm, charming and intelligent.

But she said she was “shocked” by some of the online reaction she got as her proposal neared finalization. She said the reaction was aggressive.

“It’s not constructive,” she said. “If you really want your point to be taken into account, just go to the lawmakers and speak with them. … [B]ut if you insult me and threaten me, it is not going to help your case.”

Her arguments are likely to hold little sway with crypto supporters such as lobbying group Blockchain for Europe, which, shortly after our interview, warned Kanko’s measures threaten the future of the EU’s crypto industry.

The European Parliament’s approach “will lead to insufficient consumer protection, huge privacy concerns, a reduction of Europe’s competitiveness and a missed opportunity for better law enforcement at European level,” the lobby group said in a press release, calling for a move towards the more lax approach to unhosted wallets favored by the EU’s national finance ministers.

Kanko does not expect to win over everyone.

“In a law you can only reach the best possible balance,” she said. “You cannot have something that pleases everyone.”

Why The SEC May No Longer Oversee The Crypto Industry

Why The SEC May No Longer Oversee The Crypto Industry